Friedman says Israel shouldn't have to ask US approval to build in West Bank: Report 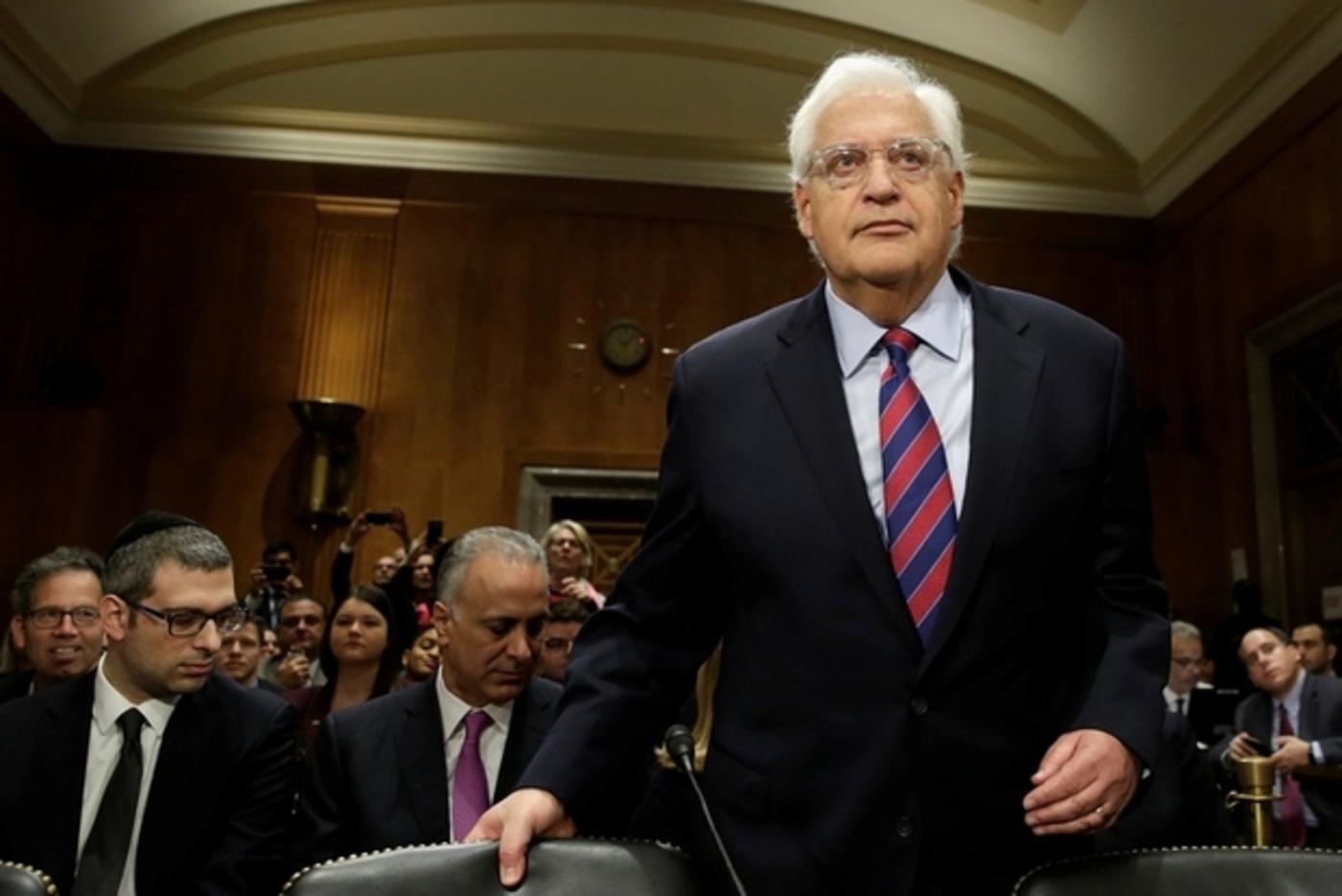 US Ambassador to Israel David Friedman said in an interview that "Israel shouldn't have to ask permission from the US" to build settlements in the occupied West Bank.

The comment was published in the Israeli newspaper Yisrael Hayom on Friday and excerpted in Haaretz on Saturday.

According to Friedman, the Trump administration has never challenged an Israeli construction plan in the West Bank.

Friedman noted that Israel presents its construction plans to the Trump administration, which sometimes replies with notes and requests: "If we have an issue with something we say, 'Do we really need to go that far? Can you build close to the existing settlement?'"

Friedman added that Israel recognises American reservations and takes them into consideration, and reiterated President Donald Trump’s opinion that the settlements do not pose an obstacle for peace.

The US envoy said that unlike the Obama administration, Trump does not examine every house and neighbourhood built in the West Bank. "We receive an encompassing overview and have an understanding of what the overall strategy for development would be," he said.

Last month, an Israeli court for the first time recognised as legal a settlement established on privately owned Palestinian land in the West Bank.

The settlement of Mitzpe Carmit, near Ramallah, was established in the late 1990s on land owned by Palestinians who had title deeds recognised by the Israeli authorities.

The owners had appealed to the Israeli courts to have the settlers evicted from their land.

But the Jerusalem district court found the settlement was legal because it had been created with the consent of the Israeli authorities and that the settlers had settled there "in good faith" without knowing the land was privately owned.

The ruling shows "the property rights of Palestinians aren't equal to those of Jews and that the government is no longer obliged to respect private property," said MP Michal Rozin, a member of the left-wing opposition party Meretz.

Most of the international community sees Israel's West Bank settlements as illegal and as one of the main obstacles to peace.