Gaza about to run out of fuel, electricity: officials 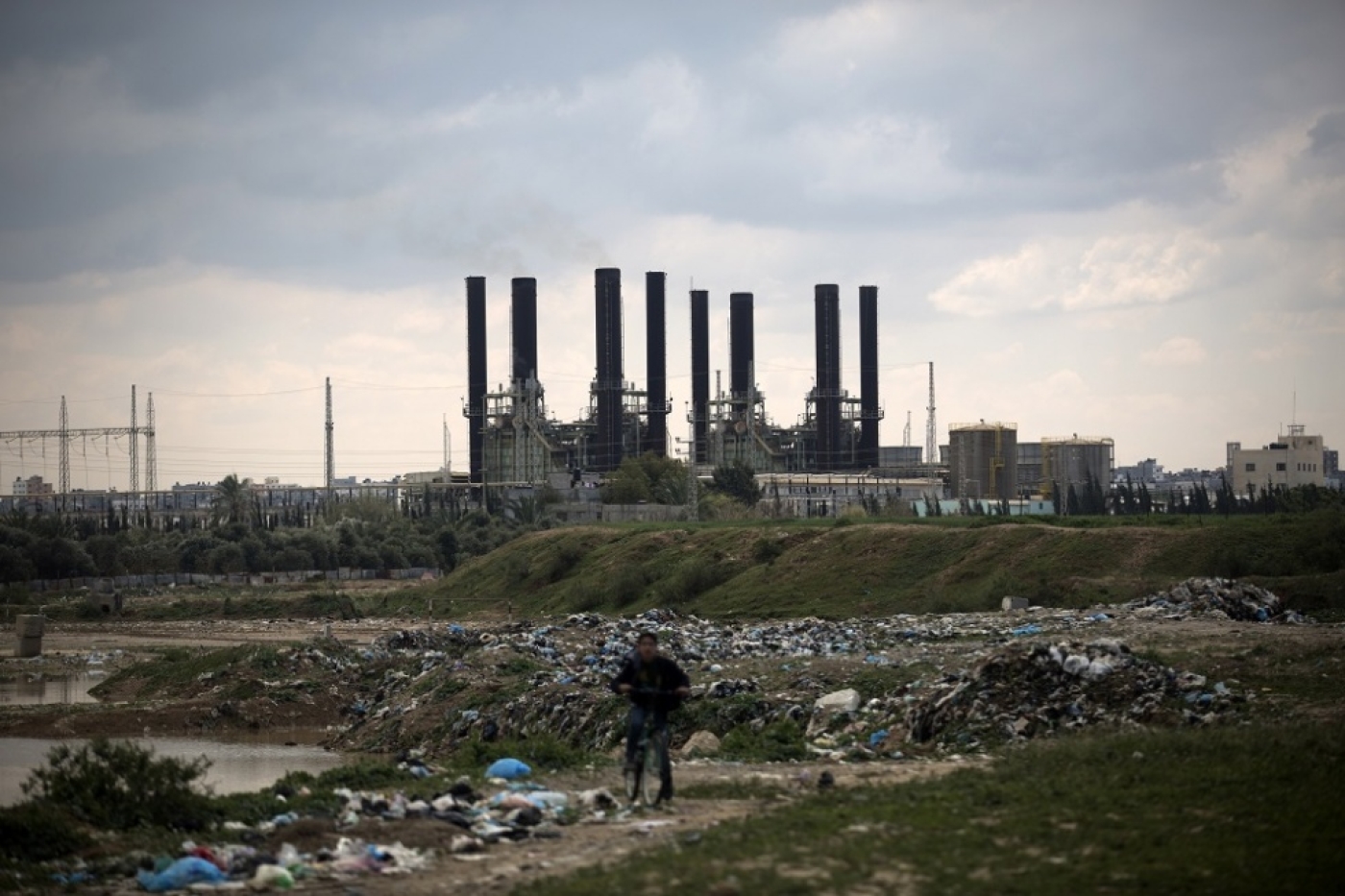 GAZA CITY - Gaza’s only power plant is perilously close to running out of fuel, Palestinian authorities have said, sparking a last ditch appeal for emergency supplies.

The Palestinian Energy Authority on Thursday stepped up its previous appeals to Palestine’s unity government as well as aid organisations and the EU, calling on them to take immediate action to provide the plant with desperately-needed fuel.

Tons of fuel donated by Qatar lie just across the border, but with Egypt so far keeping the shipments in the Suez Canal and the Rafah crossing also largely closed, none of this potentially lifesaving fuel has been able to reach Gaza for almost a month.

“We have informed the Palestinian Authority in Ramallah that we are unable to collect monthly bills from people because of the war that Gaza is now living through,” Fathi El-Sheikh Khalil, the deputy head of Palestinian Energy Authority, said on Thursday.

He called on authorities to release the Qatari fuel, saying now was the right moment to take action. However, so far no action appears to have been taken and Gaza’s last reserves are quickly running out.

In the last several days, Gaza has received 250 litres of fuel, half of the 400 to 450 litres the strip needs daily. With Egypt’s Rafah crossing closed on Fridays and the Israeli Sabbath on Saturday, this could leave the strip with no new fuel shipments throughout the weekend.

During the past three days, the power plant has not received any fuel at all, with its last reserves due to run out in the next 24 hours, according to Khalil.

For more than a week, Gaza has been operating on at most two hours of electricity a day, but this could well dwindle further.

To make matters worse, the power plant was hit by Israeli shells early on Wednesday morning.

Jamal al-Dardasawi, head of public relations of Gaza’s Electricity Distribution Company said that his technical staff were able to fix the damage but the situation remains tense and many workers are worried that the plant will be hit again. Some power plant workers now say they will only return to work after receiving guarantees they will not be bombed, although any reassurances may well ring hollow.

Dardasawi claimed that targeting civilian infrastructure, like the power plant, is an act of collective punishment, intended to hit 1.8 million Palestinians living in Gaza, rather than Hamas or any other organization Israel claims to be fighting. He said it was done to hit the population of Gaza, while international community sits idly by.

Electricity company repair teams work around the clock, even under the most difficult circumstances, and the company says that it usually managed to coordinates with Israeli authorities in order to avoid having its workers caught up in the fighting. But the coordination does not always work. This morning in Bani Suhila, east Khanyounies the workers wearing orange vests were hit and three staff members sustained injures, Dardasawi said.

Israel, which usually provides Gaza with the vast chunk of its electricity, has already damaged much of this infrastructure or shut off the supply.

This has left Gaza with an 80 percent energy deficit according to Dardasawi which the power plant could never hope to fill even if it could get enough fuel to run at full capacity.

“After operating the power plant, it will produce 113 megawatt, while Gazans need 480-500 megawatt at this time of year,” Dardasawi said.

Fuel and electricity are not just needed to turn on the lights or power up mobiles but power is also desperately needed to work a wide array of critical services from healthcare to sanitation.

Water filtration and sewage pumps have all been effected by the cuts, as have hospitals and shops.

United Nations Office for Humanitarian Affairs (OCHA) estimated 1.2 million people have no or very limited access to water or sanitation services due to damage to the electricity system or lack of fuel to run generators to power facilities.

International aid agencies have openly called on Egypt and Israel to allow in more supplies, with Amnesty International saying that both countries “must ensure that urgently needed medical and relief supplies, as well as sufficient amounts of fuel, are allowed into the Gaza Strip on a continual basis”.  So far these calls have fallen on death ears.

The crippling power shortages  have already prompted many shopkeepers to frantically sell their goods at whatever price they could fetch.

In West Gaza City, shopkeepers are still challenging the ongoing bombing by opening shops to sell meat but they too know that the lack of refrigeration means their dairy and meat produce is threatening to go rotten.

Abu Taha, 32, said that if he does not sell all his meat now at whatever cost, he will have to throw it away.

“Even if people take meet on debt, it’s better than dumping it in the garbage,” he said.

Some pharmacies are also complaining that they have been forced to dump  medications that had to be kept cool, which is only further compounding Gaza’s already mounting health crisis.

Hospitals have likewise begun calling Gaza’s electricity company begging to have their power restored. Many have generators but these are unreliable and can often cause the voltage to spike which damages equipment and causes medicines to go bad, Khalil said.

However, the only power Khalil feels he has is through the media who he hopes will inform the world about what is going on and prompt a stronger international response. The PA  and Israel don’t seem to be listening.