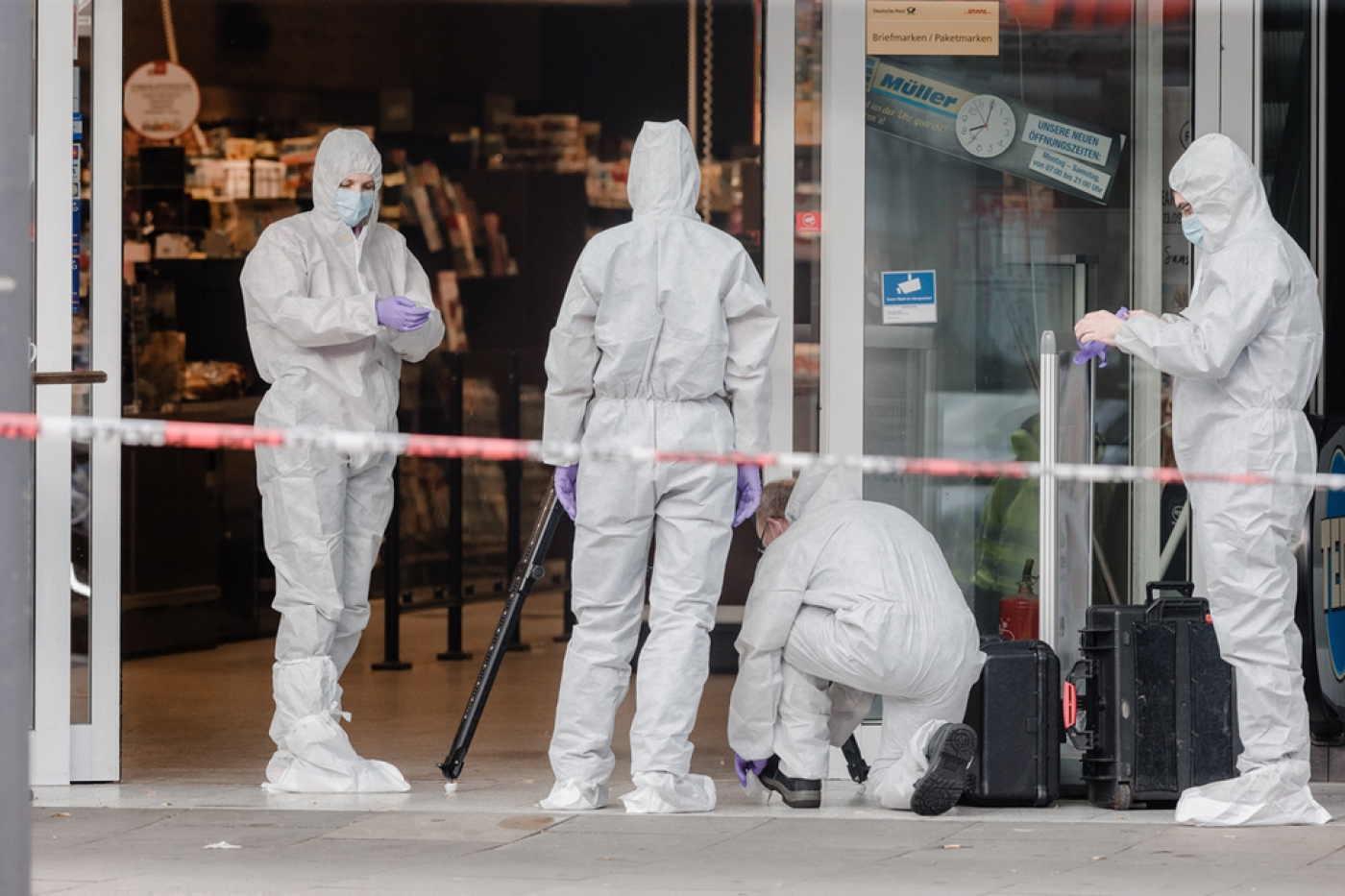 Police investigate area around supermarket in Hamburg, where one person was killed and several others wounded in knife attack (AFP)
By
MEE and agencies

A "vicious" knife attack that left one dead and six wounded in the north German city of Hamburg on Friday was motivated by "hate," Mayor Olaf Scholz said, although he stopped short of declaring it a terrorist incident.

"I am outraged by the vicious attack that killed at least one Hamburger today," he said.

The suspected killer is a failed asylum seeker whose deportation had been blocked because he lacked identity papers, Scholz added.

"It makes me especially angry that the perpetrator appears to be a person who claimed protection in Germany and then turned his hate against us," he said.

Scholz's comments partially confirmed media reports that the attacker, who police have said is a 26-year-old man born in the United Arab Emirates, had arrived in Germany as an asylum-seeker.

Police said they were unable to immediately determine the motive behind the attack and were "continuing to investigate every possibility".

A police spokeswoman said she could not confirm a report by a female witness on television that the attacker shouted "Allahu Akbar," Arabic for "God is Greatest," as he ran out of the supermarket.

She said the motive for the attack was still under investigation.

German daily Bild showed a picture of the alleged Hamburg attacker sitting in the back of a police car, his face concealed with a bloodied shroud.

Around 3pm local time, the attacker stabbed to death a 50-year-old man believed to be a German citizen.

Another 35-year-old man was hurt while overpowering the attacker in the street alongside other passers-by, shortly after the killing.

All of the wounded were being treated or operated on in hospital, some of them for serious injuries, police said.

A police murder unit and a specialist politically-motivated-crime squad are investigating the attack and were able to secure the suspected murder weapon.

"Suddenly I saw a man smeared with blood running along the other side of the road with a knife," an eyewitness identified as Ralf W told Bild. "He shouted out 'Allahu Akbar' as he was running."

A female witness standing in line at the supermarket till also told NTV news channel that "as he was running out ... he held up his arms and shouted 'Allahu Akbar'."

"I thought I was in a horror movie, I thought he would kill me," an unidentified woman who had been in the supermarket told rolling news channel NTV.

She said she feared she would die, as she was "queueing for the till and couldn't get away".

The suspect fled the supermarket after the attack.

But "people were running after him with improvised weapons, chairs and sticks ... they ran after him into a side street," Ralf W told Bild.

The witnesses slightly injured the attacker while they were overpowering him, before handing him over to police.

Police blocked off the lively and diverse high street dotted with cafes and shops northeast of the port city, Germany's second largest, which hosted the G20 summit of world leaders in early July.

While the attacker's motives remain unknown, Germany has been on high alert about the threat of a militant attack, especially since last December's truck rampage through a Berlin Christmas market that killed 12 people.

Public fears about more violence have grown amid Germany's mass influx of refugees and migrants, mostly from Syria, Iraq, Afghanistan as well as several African countries.

More than one million asylum seekers have arrived in Germany since Chancellor Angela Merkel opened the country's borders in 2015. 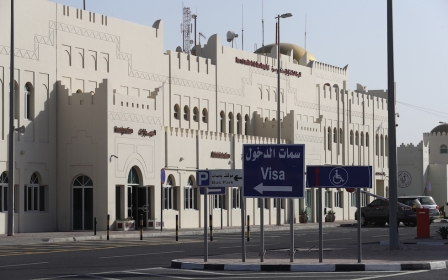