Derna has been besieged by LNA forces for the last two years, with restrictions on movement of civilians in and out of the city Forces loyal to Libyan military leader Khalifa Haftar have launched fresh land and air operations against besieged Derna, one of the last eastern cities still outside of his control whose residents have suffered almost two years of siege warfare.

At least five people on Tuesday were killed as Haftar forces, self-styled as the Libyan National Army, used aircraft and artillery support to take villages on the outskirts of the city, according to his military commanders.

It was the first major operation against the city since Haftar last week announced intentions to seize the last stronghold of LNA opposition in the east of the country.

Under Haftar's command, LNA forces have besieged Derna since 2016 in an effort to drive out fighters from the Derna Shura Council, which has controlled the city since ridding it of Islamic State in 2015.

“Senior commanders need to ensure fighters under their command take all feasible measures to spare civilians from harm.”

Guma el-Gamaty, a Libyan analyst and head of the Taghyeer party, told Middle East Eye: "Haftar is under pressure from his backers, namely the UAE, Egypt and France, to consolidate his control over the entirety of the east by taking Derna."

He added that this is a crucial project for Haftar, in order for him to be projected as a "strong leader for the next stage which is imposing a presidential election."

Forces loyal to Haftar - one of a number of factions that have vied for power in Libya since a 2011 uprising ended Muammar Gaddafi's four-decade rule - have for years fought to gain control of the city, claiming the Shura Council is a "terrorist" organisation along the same lines as IS. The LNA commonly brands its rivals as terrorists.

"Derna is under siege by Haftar’s militias," said Dernawy.

'Time not on Haftar's side'

The LNA is aligned with a parliament and government based in eastern Libya that has spurned the UN-backed Government of National Accord (GNA) which is based in Tripoli.

"Time is not on Haftar's side as he approaches 80 years old hence they want to fast track him to absolute power in Libya so he can serve their own selfish interests in Libya," Gamaty added referring to Haftar's external backers.

The spokesman for the LNA said on Twitter that it had incured losses, however exact figures have not been provided.

Troops were advancing on five frontlines supported by air strikes and artillery, Abdel-Karim Sabra, a spokesman for the operation told Reuters.

Haftar said on 3 May that he had given strict orders for civilians to be spared in the assault on Derna. However Human Rights Watch said previous statements did not prevent his forces “from inflicting significant casualties on civilians and mistreating them”.

Speculation about the ailing heath of general Haftar raised questions last month about his leadership of the LNA and of the political process in the country. As details of treatment carried out for him in France remained unknown, analysts predicted infighting within the LNA.

Following the rumours, and before Haftar had appeared publicly, his military chief was targeted in an assassination atempt in Benghazi.

The LNA tightened their siege on the city in August last year, causing residents to fear for their lives as resources began to run out, inhabitants told MEE.

The LNA launches occasional air strikes over Derna targeting militants on the outskirts of in Derna, including ammunition stores, it says.

The LNA said it was prepared to use further strikes if peace efforts with local leaders fail.

In May, Derna was also a target of Egyptian air strikes. Egypt said it was responding to a bus attack against Coptic Christians on its territory, though that attack was claimed by IS. 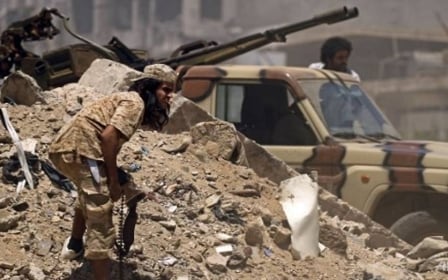 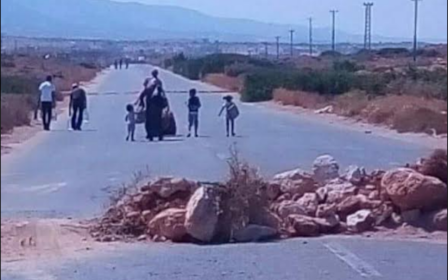 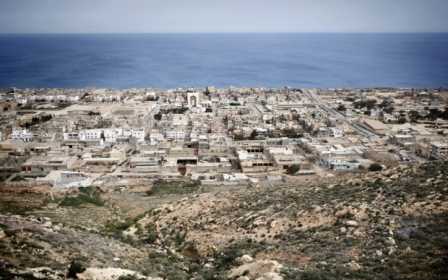