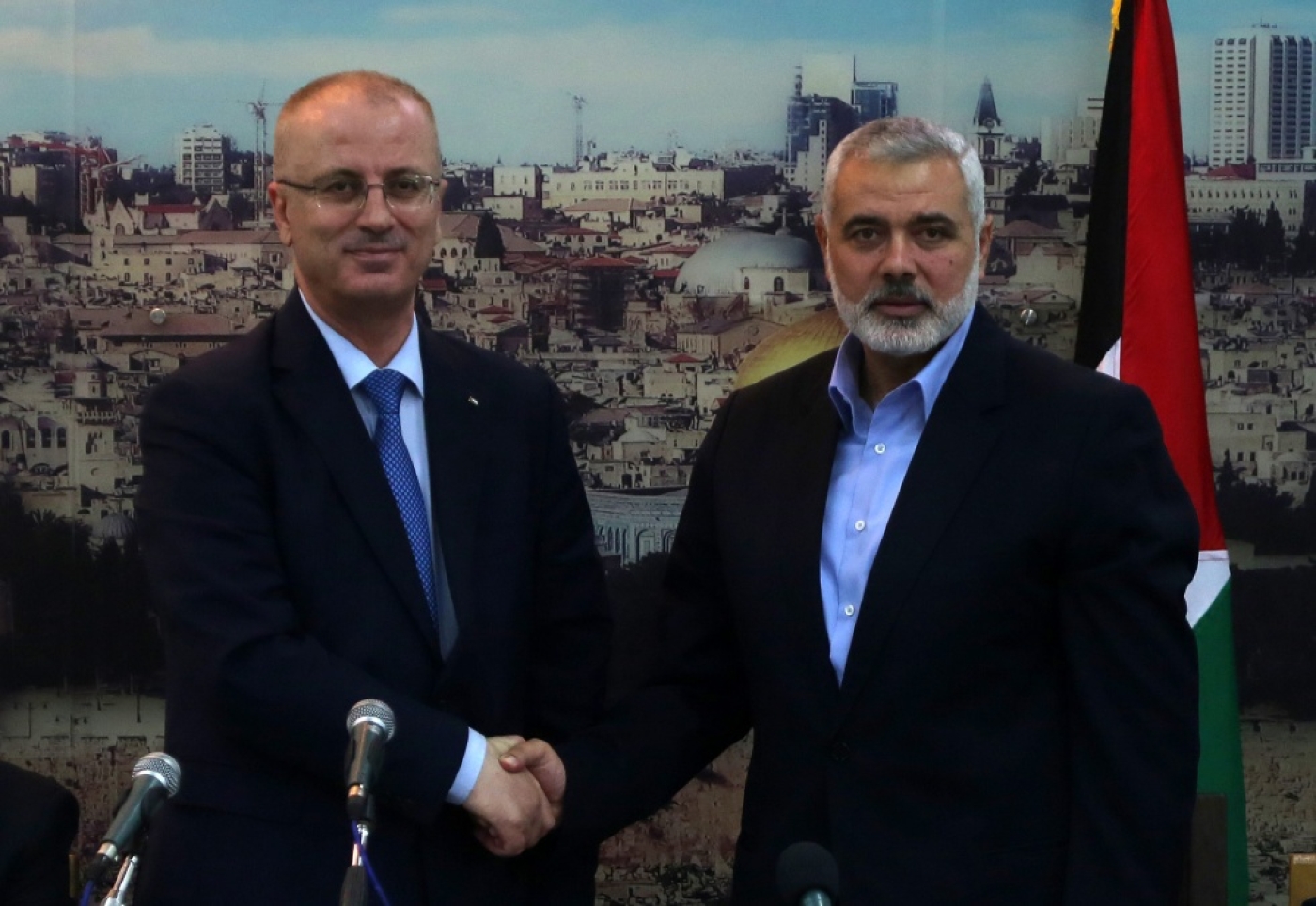 Hamas on Sunday called for renewed national level talks to discuss the interim Palestinian unity government with Fatah, after declaring its six-month term at an end.

Spokesperson Sami Abu Zuhri, speaking at a press conference in Gaza, said a decision on whether the government “should be disbanded or continued or be reshuffled must be made only through national dialogue and consensus,” according to the Ma’an News Agency.

“[Hamas] isn’t interested in incitement but rather seeks to maintain national unity,” he said.

A unity government was agreed between Hamas and Fatah in June, ending a seven year dispute between the two Palestinian movements. Prior to reconciliation Hamas had run its own government in Gaza while the West Bank based Fatah had dominated the Palestinian Authority (PA) based in Ramallah.

A senior Fatah official responded to the Hamas announcement by saying the unity government was not restricted to a six month term.

Faisal Abu Shahla told Ma’an the “national consensus government was assigned to carry out a number of tasks – including holding elections within at least six months – but that it was never agreed that the government term would end if it did not complete those tasks within that time frame.”

Elections have not been held and no plans announced as to when they will take place.

“If the Hamas movement has retracted the reconciliation agreement and the termination of rivalry, that is a different case,” Shahla said, adding the party were waiting for Hamas to answer questions over attacks in Gaza against Fatah property before resuming the national dialogue.

Hamas has condemned and denied responsibility for the 7 November attacks on Fatah members’ vehicles and homes in Gaza, which caused damage but no injuries.

Reconciliation between Hamas and Fatah has been shaken by accusations from both sides that the other has undermined the unity deal.

Hamas has complained that Fatah has withheld salaries from tens of thousands of its employees in Gaza. President Mahmoud Abbas, who is a founding member of Fatah, has accused Hamas of plotting to overthrow the PA in the West Bank.

On Sunday Hamas spokesperson Zuhri decried “politically motivated” arrests by PA security forces in the West Bank, claiming 80 Palestinians have been detained in November for their political affiliation.

“Hamas denounces the escalating violations and criminal acts by the PA security services against supporters of Hamas and the Palestinian resistance,” he said.

Zuhri also refuted claims by Abbas that Hamas has conducted secret talks with Israel since 2003.

“President Abbas’ accusations are slanderous and baseless,” he said. “The president needs to show some respect for his position and refrain from spreading lies.”

Abbas made the comments in an interview with Egyptian television on Saturday. He said Hamas had approved a “malicious” Israeli plan to establish a Palestinian state within “provisional borders”.