'He did not want to die': Relatives bury victims of Gaza massacre 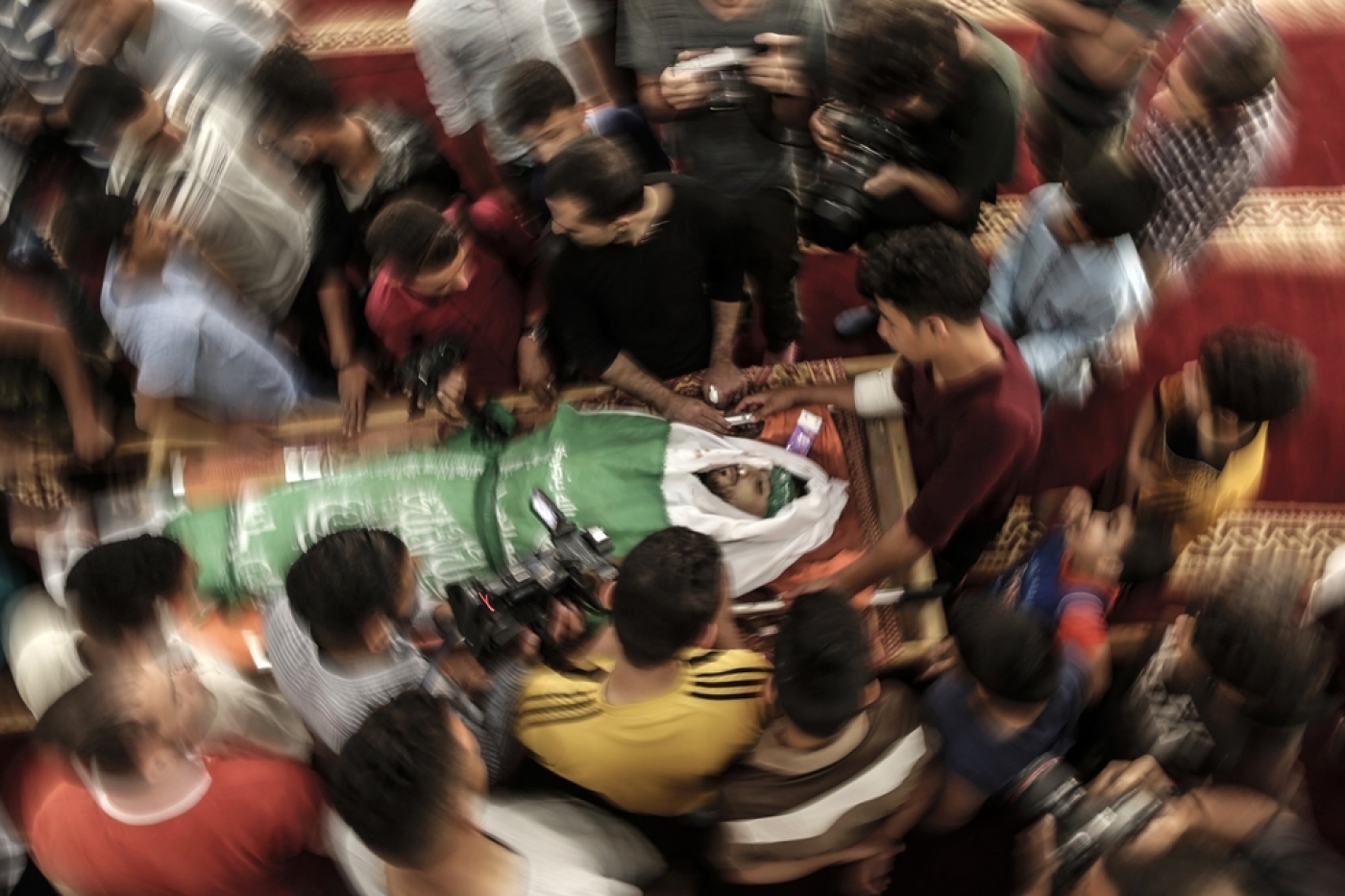 Palestinian mourners surround the body of Yazan al-Tubasi, who was killed by Israeli forces in Gaza the previous day, 15 May (AFP)
By
Maha Hussaini

Palestinians across the Gaza Strip held funerals on Tuesday for 60 people killed by Israeli forces during protests close to the fence erected by Israel in the bloodiest day that the coastal enclave has seen since the 2014 war.

The protests, which kicked off on 30 March, intensified on Monday as Palestinians called for their right of return on the 70th anniversary of the establishment of Israel, which led to the displacement of more than 750,000 Palestinians from towns and villages in historic Palestine in 1948.

Israeli forces shot dead two more Palestinians on Tuesday, although protests were quieter than the previous day. In some cases, demonstrators had gone to mourning tents rather than go back to the scene of Monday's bloodshed.

Mourners marched through the strip, waving Palestinian flags and calling for justice for their compatriots.

We were supposed to attend his graduation party this summer, but he had another dream. He always wanted to return to Jaffa, our family's ancestral home

"With souls and blood we redeem you martyrs," some of the mourners shouted.

Hundreds marched in the funeral of eight-month-old Leila al-Ghandour, whose body was wrapped in a Palestinian flag.

"Let her stay with me, it is too early for her to go," her mother cried, pressing the baby's body to her chest. The baby had died of tear gas.

Mahmoud al-Masri, the brother of 22-year-old Mustafa, who was killed on Monday by Israeli forces east of Gaza City, said his late sibling had been attending the protests daily since they started seven weeks ago.

“We were supposed to attend his graduation party this summer, but he had another dream. He always wanted to return to Jaffa, our family's ancestral home,” al-Masri, 37, told Middle East Eye.

“He was running with everyone else when an Israeli shell fell, so he laid on the ground to protect himself, before an Israeli sniper hit him with a bullet.”

Al-Masri added that Mustafa's friends were unable to evacuate him for medical treatment because of "intensive Israeli fire in the area".

"I could not find my mother, who was also participating in the protests, to tell her what had happened. We had to use a megaphone to call out for her so she could come and see him before burial," al-Masri recalled. "My brother is not the only one; dozens of protesters were met with heavy force and were killed in the field."

Ibrahim had dreams; he did not want to die early

According to Ashraf al-Qidra, a spokesman for the Ministry of Health in the Gaza Strip, 60 Palestinians were killed, including eight children on Monday alone.

More than 2,770 others were injured, including 225 children and 86 women, the same day. The casualties raised the death toll since 30 March, the day the protests began, to 108, in addition to roughly 12,000 injuries.

Michael Lynk, the UN Special Rapporteur on Human Rights in the Occupied Palestinian Territories, condemned “Israel’s excessive use of force towards largely unarmed demonstrators at the Gaza fence” and expressed concern that the death toll “could rise sharply in coming days unless Israeli authorities uphold their obligations under international human rights law and international humanitarian law".

Senior high school student Ibrahim al-Zarqa was also among the victims. He was killed by a live round to the head shot by an Israeli sniper near Gaza city. His 49-year-old father Ahmed said Ibrahim had told him - in what became their last conversation - that he wanted to study law at university next year so he could become a human rights advocate.

“This was not the first time Ibrahim participated in the protests. He used to go with his friends, but we never expected that he would be targeted since he did not attempt to cross the fence,” al-Zarqa told MEE.

“Ibrahim had dreams; he did not want to die early. Do you think someone his age who was passionately waiting to finish high school and attend university would wish to die this way?” al-Zarqa exclaimed.

According to al-Zarqa, one of the Israeli snipers perched along the Gaza fence intentionally shot his son.

“They hit him right in the head even though he did not pose any threat to them,” al-Zarqa said.

“This was a deliberate killing of an innocent child who was only participating in the protest with his friends.” 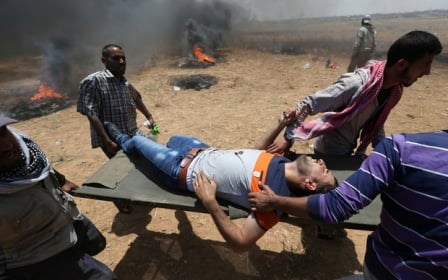 Occupation
No jobs, no leader, no hope: Why Palestinian youth refuse to surrender