Syria's government says bombed-out city is being rebuilt, but return is impossible for many who escaped its destruction 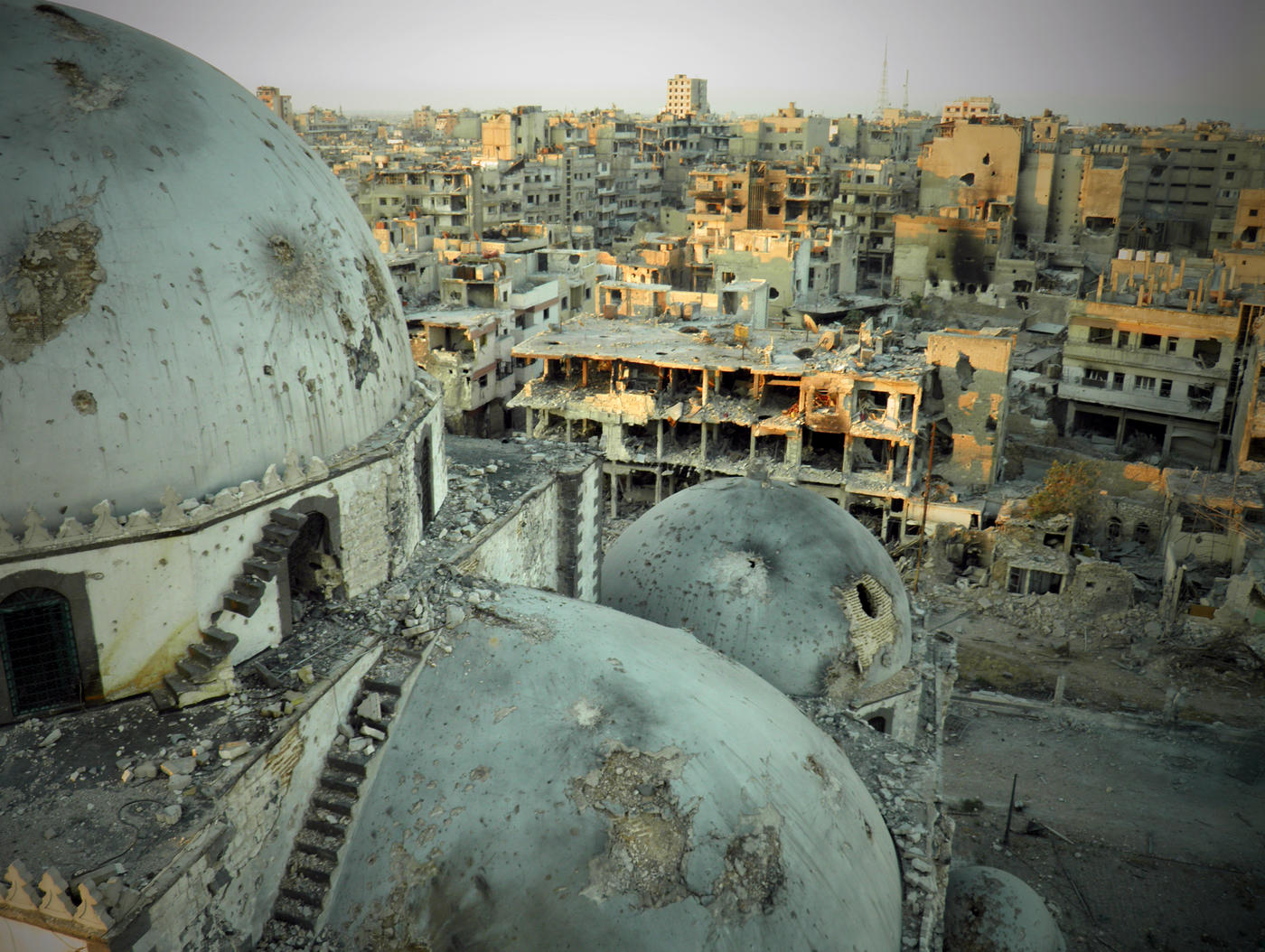 TRIPOLI, Lebanon - In a small cultural centre in this northern Lebanese city, a group of six women from the Syrian city of Homs sit in a loose circle.

“I remember lying in the bomb shelter for months,” said Ibtisam, a woman in her 50s with penetrating dark-blue eyes, as she recalled life in the Bab al-Sebaa district before she fled. “It was no life.”

Sitting beside her, a woman in her 20s recalled scenes she witnessed between 2011-2012 in Karm el-Zeitoun, a mixed Alawite-Sunni district rife with kidnappings and summary executions.

“Once, I was in the hospital with my mother and a doctor came to warn us that shabiha were taking (raping) girls in the streets,” she said. Another of the group recalled bodies dumped in the rubbish.

Such are the memories of former residents of Homs, where vicious fighting transformed the capital of the revolution into "Syria's Stalingrad", that return is beyond them.

Yet that, at least at face value, is exactly what the government wants them to do.

The official narrative in Damascus is that the city is being reborn. Confident that victory has been secured in Homs, it has in recent months invited journalists and diplomats on “peace tours” to observe the renewed sense of calm in the city.

Delegations noted fledgling reconstruction projects on historical monuments in Homs’ city centre, such as the Ottoman-era Khalid Ibn Wahid Mosque and the Saint Mary Church of the Holy Belt, built on foundations dating back to 50 AD.

More ambitious reconstruction projects are also in development. These include a 217 hectare plan to reconstruct Baba Amr, a conservative Sunni area in the war-torn city. In 2012, the district was subjected to one of the most intense bombardments of the war.

No people, no services

But visitors have also noted that Homs continues to lie in a state of utter disrepair. According to the UNHCR, 12 out of 36 areas in the city are in urgent need of rehabilitation. And crucially, most of the city’s pre-war population remains in exile.

Economic experts have previously noted that the Syrian government will face a huge uphill struggle to raise the more than $100bn necessary to finance redevelopment, and will likely be forced to rely on its main international backers – Russia, Iran and China.

Homs had a pre-war population of some 700,000 people, 65 percent of whom were Sunni, 25 percent Alawite and 10 percent Christian.

As tensions increased between the protesters and the government, many Alawites and Christians sided with forces loyal to Syrian President Bashar al-Assad. This put them at odds with the city’s Sunni majority, leading to sectarian violence.

By 2012, armed rebels had taken over several areas of Homs and the government responded with the indiscriminate bombing of opposition-controlled, but civilian-inhabited, districts.

Following a UN-backed truce last December, rebel fighters were allowed to leave al-Waer, the only remaining district of Homs they controlled, and move to rebel-controlled territories in northern Syria.

He described the Baba Amr redevelopment plans as “ink on paper”, and was dismissive of the government’s reconstruction proposals.

“War is changing [the demographics] of Homs,” he said. “Many Sunnis are scared to return.”

He was especially critical of Hezbollah, which has been fighting alongside Assad's troops, as well as pro-Assad foreign fighters from Iraq and Iran.

Nor has the government been able to secure the city. The Islamic State group killed scores in a February suicide bombing in a largely Alawite area.

Opposition activists have claimed in recent months that some former residents of Homs deemed by the Syrian government to possess opposition sympathies have been turned away at checkpoints when attempting to return home.

They also claim that projects to repair damaged road and water infrastructure are concentrated in the majority Alawite and Christian neighbourhoods, which have not been seriously damaged by the ongoing conflict. Meanwhile, districts like Baba Amr have been left to decay as punishment for their disloyalty to the government.

Homs governor Talal Barazi has, however, sought to reassure displaced Homs residents by pledging damage compensation to those able to provide requisite legal documents of ownership.

Two years ago, he told the Arabic-language Iranian news channel al-Alam: "It is our duty now to facilitate the return of the residents by providing services and immediate needs of the people."

Recognising the need to plan for Syria’s future, the UN established a platform for the country’s reconstruction and redevelopment in 2012. But the National Agenda for the Future Reconstruction of Syria, whose main offices are in Beirut, has run into controversy.

It is run by the Economic and Social Commission for Western Asia (ESCWA), whose chief economist is a former Syrian deputy prime minister and one time college friend of Bassel al-Assad, the eldest son of former president Hafez al-Assad and older brother of the current Syrian president.

While the UN has been granted limited access to Homs, other humanitarian organisations have not.

Nadim Houry, Human Rights Watch deputy director of Middle East operations, told MEE that his organisation has been denied access to Homs by the Syrian government.

Houry noted that given the “sectarian, neighbour-to-neighbour” violence that Homs witnessed, many former residents are reticent to return.

“It’s a concern. In many parts of Syria we have seen important movements of populations,” he said. “In Homs, most civilians did not go back.”

Syrian activists have also warned of growing Iranian investment in real-estate markets, principally in Damascus, but also in Homs.

Given such constraints, Perry Cammack, a fellow at the Carnegie Endowment for International Peace in Washington, notes that the emphasis placed on redevelopment plans in Homs principally serves the Syrian government’s propaganda purposes.

They project an image of “normalisation” while the conflict continues unabated in other parts of Syria.

Back in Tripoli, the women were in no hurry to return, doubting that they would be welcomed in their home city.

“The city is destroyed,” Ibtisam said, anguish in her voice. “It is not safe.”