Twenty-six members of a Qatari royal hunting party held for more than a year in Iraq were reportedly used to help negotiate a deal in Syria, where residents on 14 April began leaving two Shia villages and two Sunni towns aboard buses in a synchronised easing of a four-year siege brokered by regional powers.

A person briefed about the rescue operation confirmed to Middle East Eye that a Qatari plane was in Baghdad airport on Sunday awaiting completion of the deal. The person said the hostages were a “fundamental part of the swap deal,” revealing that Qatari involvement in the talks was not as previously claimed, for “purely humanitarian reasons”.

The Qatari hunting party, including members of the ruling al-Thani family, reportedly entered Iraq in late 2015 with government-issued permits to capture falcons and hunt bustards.

The agreement on the besieged towns was struck after almost two years of negotiations between one of Syria’s main opposition groups, Ahrar al-Sham, and Iran, the Guardian reported. The Lebanese militant group Hezbollah and Qatar were also central – both entering the talks five months ago when the members of Doha’s ruling family were offered up as a component of the swap.

Two Qataris, members of the hunting party that had crossed from Saudi Arabia into tribal areas of Iraq where they were captured in December 2015, were released last week as the deal neared fruition. Sources close to the negotiations told the Guardian that urgent efforts to secure the rest of the party led to the plan being finalised.

Discussions had taken place in Doha since the start of the year. The group holding the Qatari royals was understood to be Kata’eb Hezbollah, one of the Iranian Revolutionary Guards’ main proxies in Iraq, according to the Guardian.

Dozens of buses, meanwhile, carrying mostly Shia residents of two of the villages evacuated in the deal were waiting to enter Aleppo on 15 April when a suicide attacker detonated a car bomb, killing at least 126 people, including 68 children, with the death toll expected to rise, according to the UK-based Syrian Observatory for Human Rights.

There was no immediate claim of responsibility for the bombing, though the key Ahrar al-Sham rebel group denied any involvement. The government blamed "terrorists", a catch-all term for its opponents. 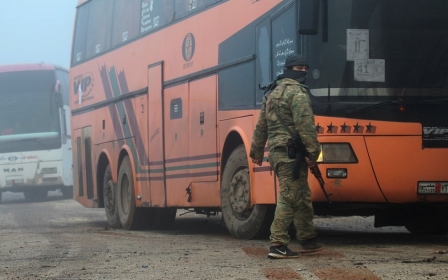 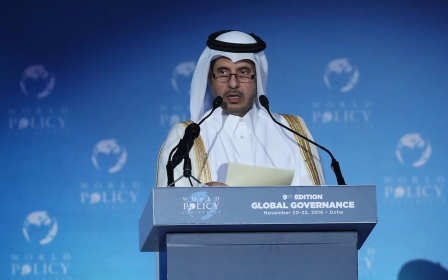