How to fix an election, Algerian style

Algerian parliamentary elections will take place on 4 May. However, many argue the results are basically already known 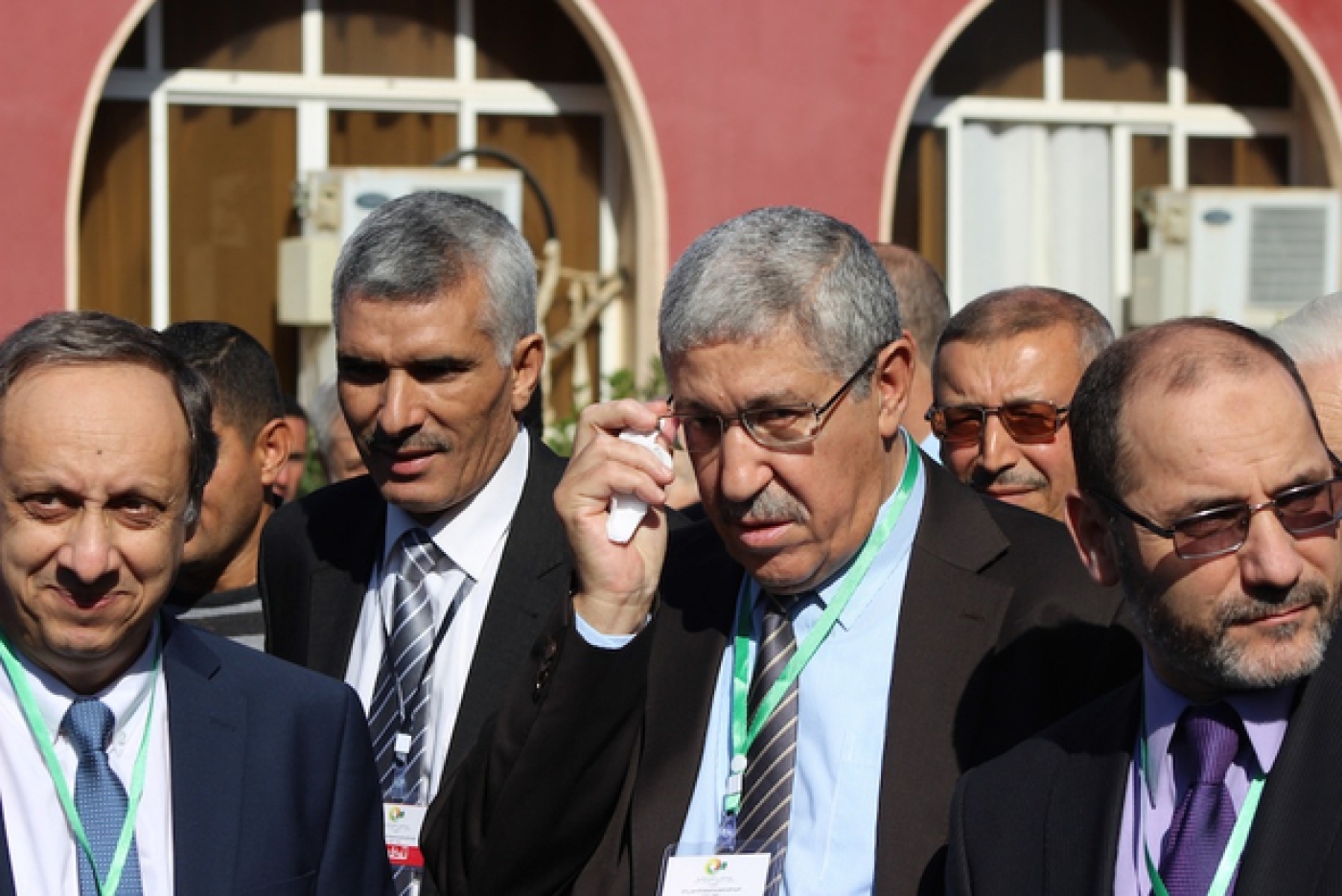 ALGIERS - “You are no doubt aware of the concept of 'useful opposition'? This is what we will be using," says Karim, a 42-year-old activist for the Social Peace Movement (MSP), the main Islamist party in Algeria.

Though the country is gearing up for parliamentary elections on 4 May, Karim says he already knows what the outcome will be. "The government needs us to justify its policy of austerity, so yes, we will have some seats in parliament, and even some ministers. And at the first sight of any problem, we will be a fuse."

'Things are subtle. People vote and then some minor adjustments are undertaken so as to keep everyone happy'

Karim predicts a tidal wave victory for the ruling National Liberation Front (FLN) followed by the National Democratic Movement (RND), a pro-government party, and then a “wise” distribution among various opposition parties: the Islamist and secular parties, including the Socialist Forces Front (FFS) and the Movement for Culture and Democracy (RCD).

Ali Benflis, president of the Talaiou al-Houriat party, and the main leader of the opposition, will not participate in the parliamentary elections.

However, senior FLN figures have been keen to play down any claims of fraud.

“Speaking about fraud is a little impolite,” said one senior figure, speaking to Middle East Eye.

“No, things are subtle. People vote and then some minor adjustments are undertaken so as to keep everyone happy.”

In Algerian political jargon, this is called “a policy of quotas”.

Soufiane Djilali, president of the Jil Jadid party (New Generation), who opted not to participate in the forthcoming parliamentary elections, explained the system of vote distribution to MEE:

“This happens in the wilayas (prefectures) where the votes from the polls are counted. Upon instruction by the minister for the interior, the wali (prefecture) makes sure that votes fall in line with instructions.

"I have not seen this with my own eyes, but I have heard this from trusted former walis and people within the administrative departments. And combined experience has shown that a certain number of seats announced for such and such a party before the vote are assigned after the vote."

Tarek Hafid, a journalist, even went so far as to call this “internal rigging”.

“Ahead of the vote, the government intervenes when the electoral lists are drafted. Then, it sets out the major guidelines of what it wants in terms of the breakdown of walis, which could be compared to 'major electors'," he told MEE.

“If you want to make sure that a particular party has more seats in parliament, you can go into the wilayas (provinces) where there are pools of votes. For instance, in Kabylie, for the FFS. The objective in the end is to have a homogeneous parliament which makes everyone happy."

Sat beneath the official portrait of veteran president Abdellaziz Bouteflika when he was in his peak, the senior figure from the FLN shrugged his shoulders to make it all sounded less dramatic.

“The new constitution is clear: the president wants to give more power to the opposition. So where is the problem?”

Austerity measures could lead to social unrest in a society under the stranglehold of reduced purchasing power due to falling energy prices, a responsibility which the government wants to share with other parties.

“The regime wants to reproduce the parliament of 1997 where the state manages the democracy whilst leaving a certain margin of manoeuvre to the opposition,” explained Othmane Lahiani, political analyst for the Arabic daily El-Khabar.

“He wants to make the opposition a partner so as to overcome the coming socio-economic difficulties by dividing the blame out over the entire political community."

But the opposition parties are not fooled.

For the FFS, “the government [wants] to lead the opposition to join it in management of the catastrophe after having neutralised all political instruments and imposed its economic choices”.

The party has also written that “in the event of any likely failure for all observers, the government may freely claim the support of the opposition and a national unity government as a façade so as to lead a violently antisocial policy."

Abderrezak Makri, president of the MSP, also has a very clear idea of what is expected of his party: “We will firstly mobilise ourselves so as to channel the anger of the people in order to place pressure, impose change and begin the democratic transition. If the Algerian people take to the streets without political and social leaders, then there will be absolute chaos. And we are against such a catastrophe. This anger needs to be focused more towards a transition negotiated between all parties."

"Changing the system from the inside" is an old Algerian motto, but Soufiane Djilali no longer believes in this. He noted that “many options” have been granted to Islamists.

“If, for instance, one of the six Islamist parties did not obtain the minimum of 4 percent of votes in the 2012 elections required to take part in the next elections, then another party from the movement could allow it to join new alliances. In short, the government is doing all that it can so as Islamists are present in the coming parliament to break down the opposition.”

Even before the campaign begins, the supervision and coordination body of the opposition (ISCO) - the only platform for parties which, despite differences and disagreements, had succeeded in any real sense since the end of the 1990s – officially shattered into pieces.

Translation: I am formally asking the MSP to leave the ICSO !

War broke out between Soufiane Djilali and Abderrezak Makri on social networks, whilst Ali Benflis, the other heavyweight from the opposition who chose to boycott the parliamentary elections, tried to appease people in a parallel press release.

“It is the duty of the national opposition not to allow any difference in position as to the elections without any political scope and meaning and endanger the largest project around which it has come together, that of democratic transition for which it has made many efforts and sacrifices,” he claimed without any real feedback.

“The ISCO is dead due to its many contradictions – I am thinking of the heterogeneous ideological oppositions – as they are overly focused on their involvement in government," explains former RCD minister Tarik Mira. "However, it appears that it is necessary to grant time to construct a republican opposition so as to then claim power."

Translation: “Some people who do not follow events claim that the MSP sends messages to the government so as to obtain quotas in the parliamentary elections. I tell certain intelligent people that the MSP is the only party which faces up to the FLN and the RND in all wilayas and all communes, and the leading and biggest victim of fraud. The only thing that the MSP wants is that there be no fraud. Its quota is guaranteed by the people as God is willing.”

“Ask the FFS or RCD: they are well aware that the policy of the empty chair does not pay off,” summarised the official from the FLN. “It is best that they are involved. Because the position of a minister, officially, leads to visibility but it is notably about money and privileges – accommodation, business, jobs – for ministers and their entourage. And then, they are well aware that these elections are important for later.”

The next parliament is elected for a five-year term, and the parties see now as the time to make their move, as ministers will still be in post after 2019, the date of the next presidential election.

Until then, there are two possible scenarios: either Bouteflika will stand for a fifth term – this is already the idea being bandied about by people close to him - or his succession will rally around a docile parliament and “national unity” government, according to people close to the president.

In this instance, the “integrated” opposition will promote arguments in favour of stability and political and social peace to the detriment of the requirements of democratic transition with a view to ensuring the succession or the continuation of Bouteflika. 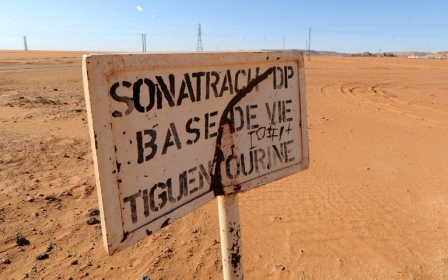 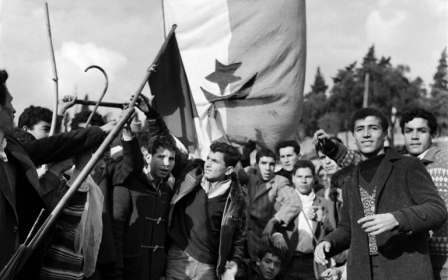 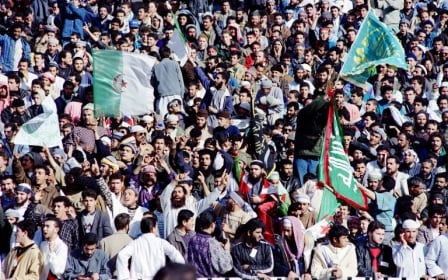