'I slept with a knife next to me': Kibbutz dwellers fear hidden threat from below

Since Israel left Gaza, the Israeli military has engaged in a cat and mouse tunnel war with Hamas, while residents near the border live in fear 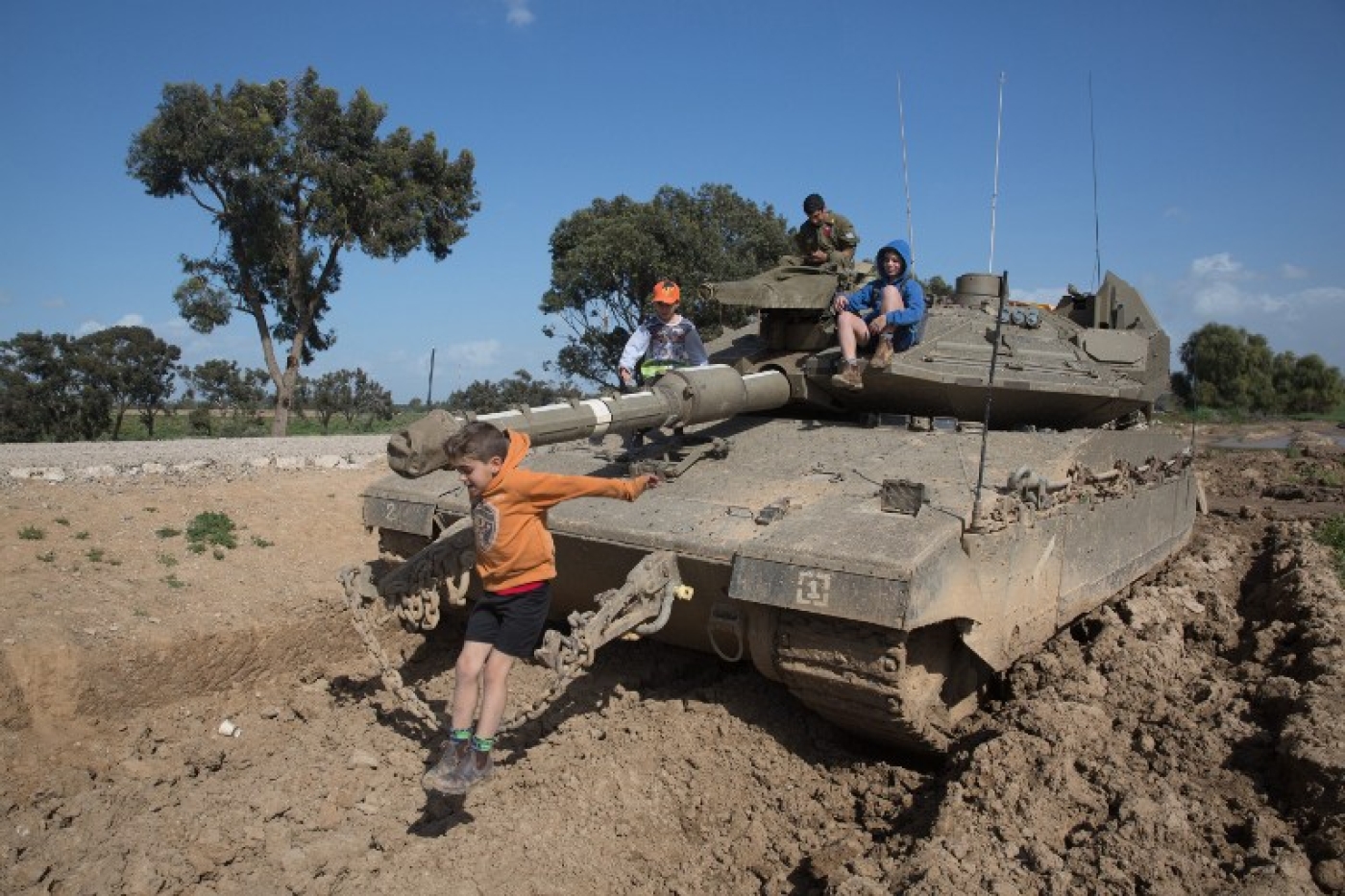 KIBBUTZ NIR AM, Israel - At the height of Israel’s war in Gaza in the summer of 2014, the residents of Kibbutz Nir Am woke to startling images on the news - 10 armed Hamas operatives, disguised in Israeli army uniforms, crawling on their stomachs in wheat fields only a kilometre and a half from their community’s border fence.

The men who arrived into Israeli soil through tunnels were planning to attack Kibbutz Nir Am and the neighbouring Kibbutz Erez, the army reported. All were quickly killed by fire from the Israeli army.

Since the war, the creeping fear of underground warfare has returned for the residents here, heightened by reports from the army who say the threat is viewed as a top priority and the recent collapse of at least four tunnels across the border in Gaza.

“East of Gaza City, heroes are digging through rock and building tunnels, and to the west, they are experimenting with rockets every day,” Hamas political leader Ismael Haniyeh said at the 29 January funeral for diggers who died in one of the collapses.

With a recent $120mn, three-year pledge from the US, two Israeli companies are now reportedly in a race to complete a so-called "underground Iron Dome" which could detect digging dozens of miles below ground and would be a game-changer for the underground warfare.

But the prospects of the end of two decades of a build-destroy-rebuild cycle is a minor comfort for residents here, several of whom report that they can hear digging beneath their feet.

"I went to sleep one night and suddenly heard the sound of massive drilling, something serious," said Liron Carmi, a 25-year-old who grew up in the kibbutz.

In an interview with Israel’s Channel 10, Carmi played the sounds she recorded on her smartphone around 2 am one night last month.

Like many here who keep weapons in their homes, Carmi sleeps with a commando knife underneath her bed in case of a surprise underground attack.

On that night, “I slept with a knife next to me,” she said.

Since 2005 when Israel left Gaza, the Israeli military has engaged in a lethal cat and mouse game with Hamas, destroying the group’s low-tech tunnels just so that it can destroy newly built ones later.

Experts say that the tunnels, made only of sandy soil and minimal concrete with an occasional electricity or telephone line, have proven virtually impossible to distinguish, even with Israel’s military expertise and air and sea superiority.

It was during an attack around a tunnel that Palestinian fighters kidnapped Gilad Shalit, who was held captive for five years and later released in exchange for 1,027 Palestinians in Israeli prisons, including Yehiya Sanwar, who has become a dominant figure in Hamas’ tunnel building initiative.

It’s not even clear how many tunnels actually exist at any one time.

During Israel’s 2014 war in Gaza, Israel discovered and destroyed 32 underground tunnels, 14 of which crossed into Israel, and progressed on highly classified anti-tunnel technological advancements.

Earlier this month, a Hamas fighter, using the pseudonym Abu Hamza, wrote that at least 50 underground tunnels exist, though Israel discredits such assessments as exaggerations used for psychological warfare to inspire fear in residents near the Gaza border.

A military assessment also published this month in the Yediot Ahronot newspaper, more than 1,000 Gazan diggers are progressing at an approximate 50 metres per week on one long, high-quality tunnel, being built in parallel and upon smaller tunnel systems.

“Hamas started digging from the moment the war was over, in the August of last year, from a strategical understanding that their underground warfare gives them an advantage by bringing the battle to the other side,” wrote Yossi Yehoshua in the 10 February report.

In response, Eizenkot said that Israel is "concentrating considerable engineering and intelligence efforts to combat this threat,” including the deployment of dozens of military surveillance vehicles at the Gaza border.

According to Energy Minister Yuval Steinitz, Israel has also been cooperating with Egypt, which has been flooding what Egyptians estimate is a 1,200-strong tunnel network that connects Sinai with the besieged Strip and is used to transport everything from construction materials to electricity to weapons and militants.

One expert, Eado Hecht, a military doctrine researcher who testified before the UN commission of inquiry on the issue of Hamas tunnels, said Israel’s “only short term option is to go into Gaza”.

Even then, Hecht said, tunnels have reappeared two years later.

But now subterranean anti-tunnel technology, which would be revolutionary, is potentially closer than ever to implementation.

Earlier this month, the defence ministry announced that it had secured $120mn in funding from the US – reportedly interested in applying similar technology along its border with Mexico - to finalise an underground defence system enabling Israel’s army to detect digging dozens of miles below ground, according to a report in the Financial Times.

The announcement of the three-year funding for "underground Iron Dome" comes weeks after the US Deputy Minister of Defence Robert Work visited the anti-tunnel programme development sites in southern Israel and devoted $40mn for first-year expenses.

Despite the growing threats, Kibbutz Nir Am, where around 300 residents live, continues to expand as a growing waiting list of future residents are drawn to relatively cheap real estate prices and a better sense of community here.

The military have reacted immediately and seriously to local complaints of supposed digging, residents told MEE, but that can only go so far.

“With the rockets, we had at least some protection with the sirens, at least emotionally, whereas today the most palpable fear for this kibbutz is that terrorists can pop out of tunnels and kill people at any time – completely taking us by surprise,” said Ofer Lieberman, the kibbutz’s agricultural manager.

Sagi Gavri, a Nir Am resident whose grandfather established the kibbutz and a doctor at a Jerusalem hospital, said he faces challenges explaining the situation to his two young children, who are in a constant state of anxiety.

“I explain to them that there are children on the other side of the border who are suffering from the same fear, with even less support,” said Gavri.

He said he tries to make his children understand that despite the complicated situation, it is wrong to demonise the enemy, “but I also know that my children are exposed to more radical elements”.

While tunnels are a deep source of fear, the fear itself is not new for the residents here, who have for years been up against “not another army, but terrorism, which, by its nature, changes its shape all the time, making all public spaces into a battlefield,” said Betty Gavri, a kibbutz member and insurance agent.

“After so many years of getting used to living with rockets, suddenly we have a new threat, but we as civilians cannot influence on the governmental level,” she said.

“All we do is try to reduce the damage done to our children and our grandchildren, who have only known this atmosphere of emergency.”

Israelis and Palestinians realise that with uninspiring leadership on both sides a solution to the conflict is not coming any time soon, said Betty Gavri.

“All we can do is continue to live, of course, with the expectation that at some point, sooner or later, another war will explode. That it’s inevitable is not a question in anyone’s mind,” she said. 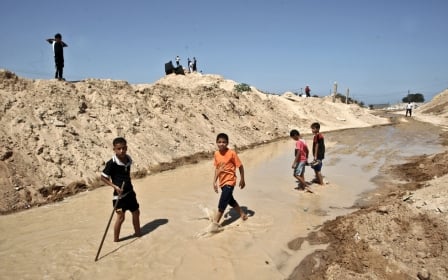