Under new legislation, anyone who has resided in contested region for 15 years can purchase land and become permanent resident 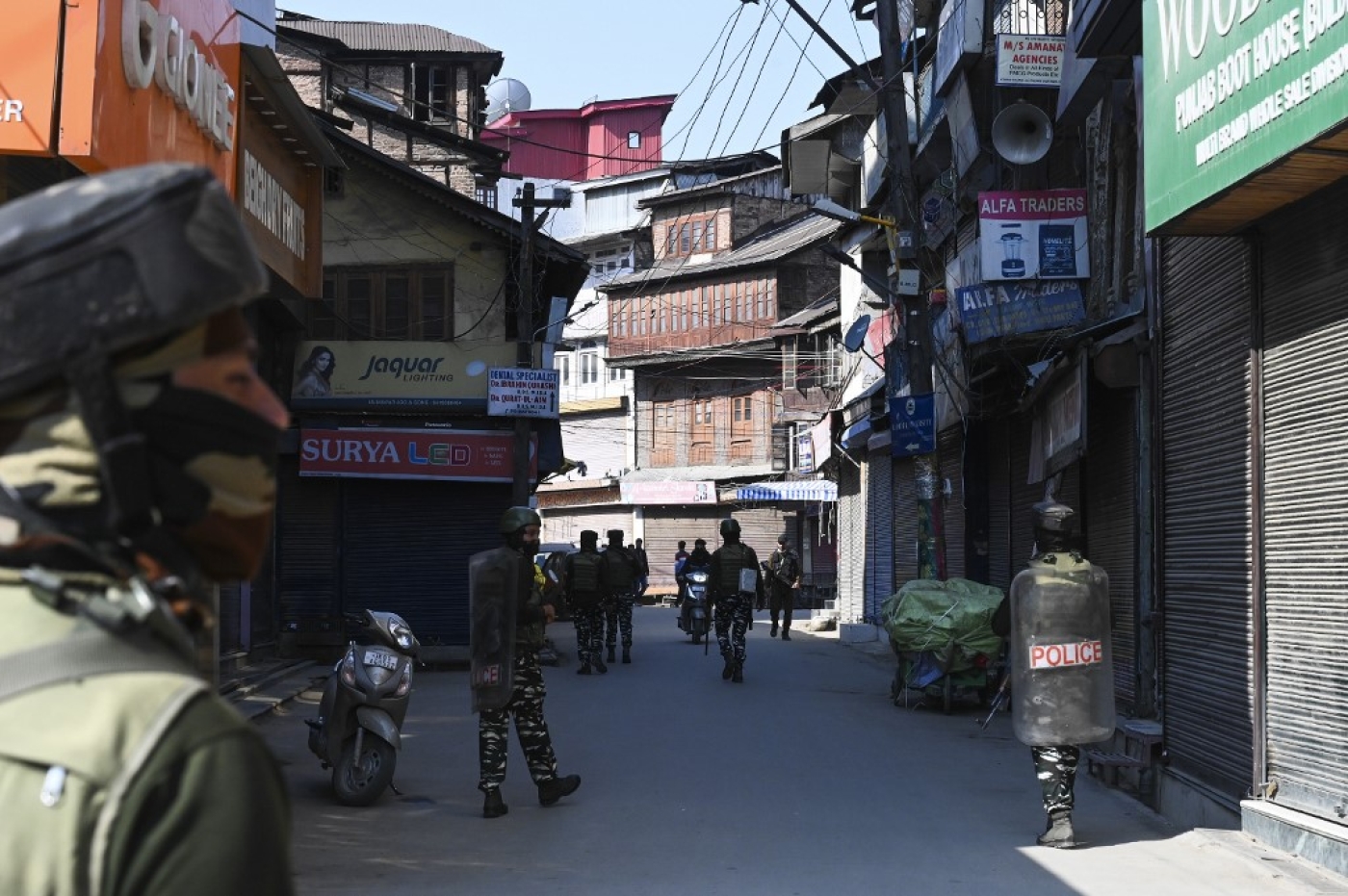 Kashmiris lashed out at a new piece of legislation rolled out by India on Wednesday, saying it's a page straight out of the Israeli playbook and will alter demographics in the Muslim-majority region.

The new set of laws allows Indian citizens to permanently reside and buy land in Indian-administered Kashmir if they have worked in the region for 15 years or studied there for seven years.

Children of federal government employees will also get domicile certificates if their parents have lived in Kashmir for 10 years, according to a notification released by Indian Home Ministry.

The decision comes as Kashmir reels from a near eight-month lockdown following India's decision to annex the territory in August last year.

Coronavirus has piled more misery on the region where the people, under a new lockdown, have had restrictions tightened further.

"India is behaving like a Mafia cartel in Kashmir. It decides the fate of eight million people with a stroke of a pen. This is nothing but a broad daylight robbery," said a top businessman in main Srinagar city who declined to be identified, citing reprisals.

"What adds salt to the wound is the timing. Instead of providing facilities to the people to face the challenge, New Delhi gave priority to its nefarious plans of demographic change in Kashmir, knowing the world's attention is on the pandemic," he said.

Divided between Pakistan and India, Indian-administered Kashmir is considered to be the most militarised place in the world, with New Delhi deploying more than 500,000 troops and paramilitaries.

A further 100,000 Indian police and about 30,000 SPOs (special police officers) add to the military muscle of India in a region where more than 70,000 people, mostly civilians, have been killed. 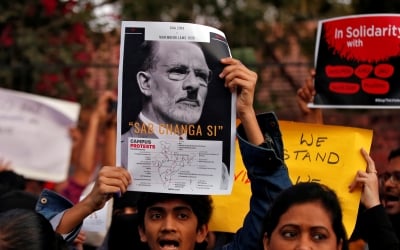 "The world is fighting the demon of coronavirus and Indian rulers are busy usurping the rights of Kashmiris," Syed Abdullah Gilani, a spokesperson of popular resistance group Hurriyat (G), told Middle East Eye.

"India has again blatantly violated the UN resolutions on Kashmir and we will expose India's fascist approach of conspiring against Kashmiris."

From 1954 to 5 August 2019, Kashmir had a special status under the Indian constitution, which allowed it to enact its own laws, have own flag and a constitution.

Those provisions also barred outsiders from settling in and owning land in the territory, but they were revoked by India last year.

"It's a blatant attempt to colonise Kashmir and populate it with new and old colonisers to make Kashmir's indigenous citizens a minority in their own land," said Sami Al-Arian, a Palestinian affairs expert and director of the Istanbul-based Centre for Islam and Global Affairs.

"The racist and unjust laws India has been enacting lately are similar to the racist laws and practices Israel has been applying in Palestine for decades, he told Middle East Eye.

'Indian state functionaries themselves have spoken of this well-thought-out Israeli-style solution for Kashmir. It is certainly a settler colonialism project with tragic consequences for Kashmiris'

"The Indian government has taken a page from Israel to usurp Kashmiri territories and deny its citizens their right to self-determination.

"It's another settler colonialist project that will fail miserably as long Kashmiris resist and the world stands up to it."

Observers say changes in the domicile law may also disenfranchise thousands of non-resident Kashmiri Muslims, as well as tens of thousands of Muslims who were exiled from the region since 1947 to Pakistan and elsewhere.

"Indian state functionaries themselves have spoken of this well-thought-out Israeli-style solution for Kashmir. It is certainly a settler colonialism project with tragic consequences for Kashmiris," Kashmir-based journalist Najeeb Mubarki told Middle East Eye.

"Of course, this doesn't mean the contested, disputed nature of Kashmir is over, but the Indian state seems certain that demographic changes and creating Israeli-style 'facts on the ground' is its 'final solution'."

'This is just the beginning'

Hafsa Kanjwal, a historian who teaches at Pennsylvania's Lafayette College, told Middle East Eye that the law lends itself to "settler colonialism in Kashmir."

"This is just the beginning. Now that more Indian businesses and corporations are able to operate in Kashmir, the number of those who will claim domicile will steadily increase," she said.

Kanjwal added that India's plan of demographic change in Kashmir begins "with a change in certain laws, instead of a more widespread ethnic cleansing, which could potentially render international condemnation".

India recently held guided tours of foreign envoys to the region after annexing the picturesque Himalayan territory. That move was accompanied by a harsh crackdown, a sweeping curfew, and thousands of arrests. BJP has been saying its measures will stabilise Kashmir and provide jobs to the Kashmiris.

Still, Khurram Parvez, a noted human rights activist in the region, said by virtue of India's domicile law, "outsiders are also going to be the claimants of already existing jobs, which worsens an already huge unemployment problem."

"This is an act against the interests of unemployed youth. Those outsiders who get jobs due to this order will also claim the right to purchase land in Kashmir," Parvez told Middle East Eye.

He said another amended law will grant any slum dweller a house in the region "which is certainly something which can lead to [illegal] settlements".

While India annexed its ​portion of Kashmir in August, India's top court allowed a Hindu temple to ​be ​bui​lt in​ Ayodhya ​city, ​where Hindu militants of Rashtriya Swayamsevak Sangh (RSS) and other groups razed a 400-year-old Babri mosque in 1992.

In December, India passed a new citizenship law, dubbed "anti-Muslim", that fast-tracks naturalisation for some religious minorities from neighbouring countries, but not Muslims. 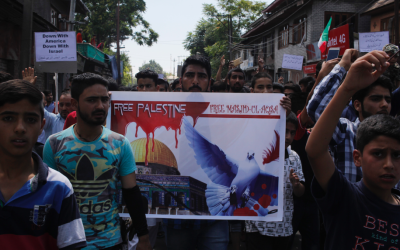 The new domicile law in Kashmir ​may ​offer desperate Indian Muslims ​a chance to ​reside in Muslim-majority Kashmir. But local Kashmiris say that Indian Muslims are too poor and marginalised to try to take advantage of the new order.

"These domicile laws have been devised only to facilitate a non-Muslim Indian influx into Kashmir," a Kashmir-based political analyst said, on the condition of anonymity.

"Indian Muslims are poor. They don't have resources to buy properties in Kashmir. In Kashmir, businesses are not running. Job opportunities are dismal.

"Any Indian who does not have the state financial and military muscle behind him can't sustain in a conflict zone like Kashmir. Indian Muslims would never get any such support from the ruling government." 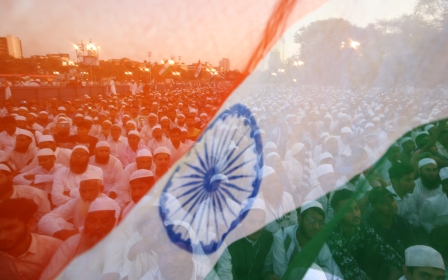