683 Morsi supporters, including the Muslim Brotherhood's leader, were sentenced to death, while 492 others from an earlier case had their death sentences reversed 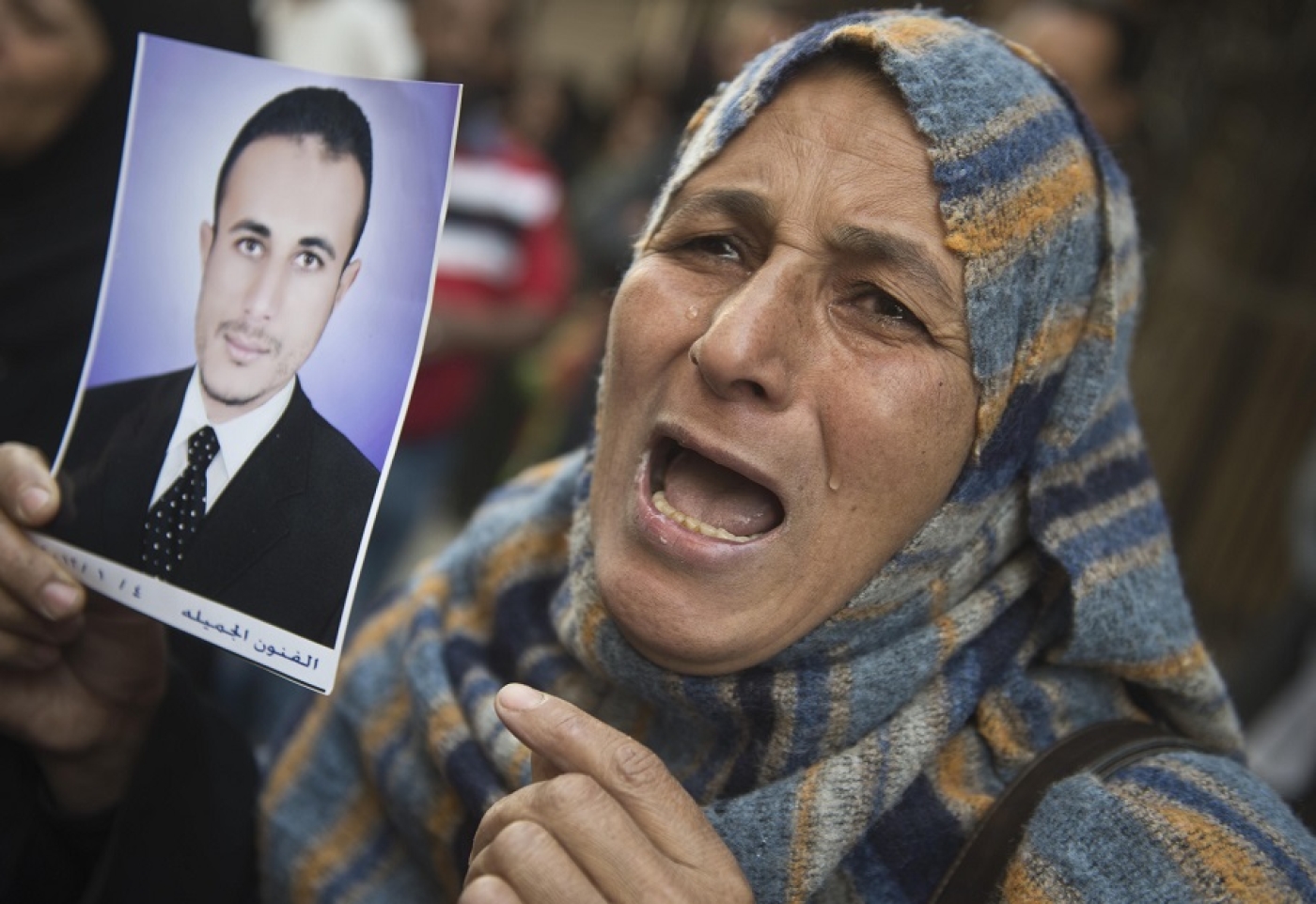 The same court, presided over by judge Said Youssef Sabry, also reversed the death sentences on Monday of 492 people sentenced to death in March, as a part of a mass trial of 529 Egyptians. Most of the sentences were commuted to life in prison. The death sentences of the remaining 37 people are reportedly still in place.

The sentences sparked an international outcry with its initial sentencing last month, which came amid an extensive crackdown on supporters of ousted president Mohamed Morsi.

UN Secretary General Ban Ki-moon is "alarmed" by the Egyptian court's decision, fearing it could impact the entire region, his spokesman said.

"Verdicts that clearly appear not to meet basic fair trial standards, particularly those which impose the death penalty, are likely to undermine prospects for long-term stability," Ban added, according to spokesman Stephane Dujarric.

Dujarric said the UN chief was "conscious of the regional and security implications of such sentences," adding that "stability in Egypt is essential for the overall stability of the entire North Africa and Middle East region."

The United States on Monday urged Egypt to reverse the court decision.

"Today's verdict, like the one last month, defies even the most basic standards of international justice," the White House said.

The White House said it was "deeply troubled" both by the mass trials and the death sentences, warning that repression of dissent would fuel instability and radicalization in Egypt.

"While judicial independence is a vital part of democracy, this verdict cannot be reconciled with Egypt's obligations under international human rights law," it said.

"We urge the Egyptian government to end the use of mass trials, reverse this and previous mass sentences, and ensure that every citizen is afforded due process," it said.

Speaking on the eve of high-level meetings in Washington, Egyptian Foreign Minister Nabil admitted ties had gone through "and may still go through turbulent times" since the 2011 revolution and the army's subsequent ouster of democratically-elected president Morsi last year.

Those sentenced on Monday were accused of involvement in the murder and attempted murder of policemen in Minya province on August 14, the day police killed hundreds of Morsi supporters during clashes in Cairo.

Defence lawyers boycotted the last session, branding it "farcical" after the mass death sentencing, which the United Nations denounced as a breach of international human rights law.

British Foreign Secretary William Hague urged a review of the sentences, saying they "damage the reputation of Egypt's judicial system."

Lawyer Elkomy claims 60 percent of the 529 defendants sentenced in March, including teachers and some doctors, have evidence proving they were not present during the unrest in Minya, where a police station was attacked.

Defence lawyers and relatives of defendants said those sentenced to death in March also included a man who was killed on August 14.

"I appeal to Egyptian authorities not to enforce these verdicts," Marzouki said in an exclusive interview, excerpts of which were aired on Monday.

"[These verdicts] will lead to escalate violence, not to stop it," he said.

In a statement issued on its website, Turkey’s Ministry of Foreign Affairs said: “These decisions are incompatible with the universal principles of law, especially a fair trial and the right to life. The Egypt Court violates the fundamental rights and freedoms according to Universal Declaration of Human Rights.”

The Ministry also calls for the international community to react against the court decisions.

“Turkey supports the stability and security of its friend and brother Egypt of vital importance for both Turkey and the region as a whole in this difficult period,” the statement said.

"Such unfair rulings blatantly violate the right to life and can't be accepted," Ahmed Mefreh, the head of the Cairo branch of al-Karama (Dignity) rights group, told Anadolu Agency by phone.

"These trials are part of the role played by the judiciary in legitimizing violations committed by the army and police after July 3 [when Morsi was ousted from power]," he added.

"This is a shocking verdict," Hafez Abu Saeda, chairman of the Egyptian Organization for Human Rights, wrote on his Twitter account.

The judges decision to repeal the 492 sentences follows a letter on Friday from the African Union to Egyptian officials ordering them to suspend the sentences. The letter, sent by the African Union's Commission on Human and People's Rights, said the Egyptian court had likely violated international and regional human rights standards, including the African Charter to which Egypt is a signatory.

Under Egyptian law, death sentences are referred to the top Islamic scholar for an advisory opinion before being ratified. A court may choose to commute the sentences, which can later be challenged at an appeals court.

Of the 683 sentenced on Monday, only about 50 are in detention. The judge will confirm the verdict on June 21. The others have a right to a retrial if they hand themselves in.

The verdict was the first against Badie, the spiritual head of Morsi's Muslim Brotherhood, in the several trials he faces on various charges along with Morsi himself and other Brotherhood leaders.

Several female relatives waiting outside the courtroom fainted on hearing news of the verdict.

Sister of 1 of the 528 says still doesn't know if he got death sentence or 35 years but no difference: he's 45 year-old, 5 children #Egypt

Defence lawyers boycotted the last session, branding it "farcical" after the mass death sentencing which the United Nations denounced as a breach of international human rights law.

Defence lawyer Khaled Elkomy claims that 60 percent of the 529 defendants, including teachers and some doctors, have evidence that "proves they were not present the day they were accused of attacking the Matay police station" in Minya, a statement released by human rights group Avaaz said.

The government has defended the court's handling of the first mass case, insisting that the sentences were passed only "after careful study" and were subject to appeal.

Prosecutor Abdel Rahim Abdel Malek defended the charges against the 529.

"We have strong evidence that incriminates all those sentenced to death," he told AFP.

"We have videos, witness accounts... documents that prove that the Muslim Brotherhood had called on its supporters to attack police stations and public and private property in case the sit-in at Rabaa al-Adawiya (in Cairo) was broken up, and that's what happened," he said.

Last month's death sentences sent a chill through opponents of the military-installed regime, which has held mass trials of thousands of alleged Islamists since Morsi's ouster.

At least 1,000 people have been sentenced since December, all in groups of 10 or more. Jail terms passed range from six months to life, as well as the death penalty.

Amnesty International says that more than 1,400 people have been killed in the police crackdown since the army overthrew Morsi, Egypt's first elected and civilian leader.