Iran has chosen 'path of engagement with world': Rouhani

About 41.2 million Iranians cast their votes, a massive 73 percent turnout, according to Iran's minister of interior 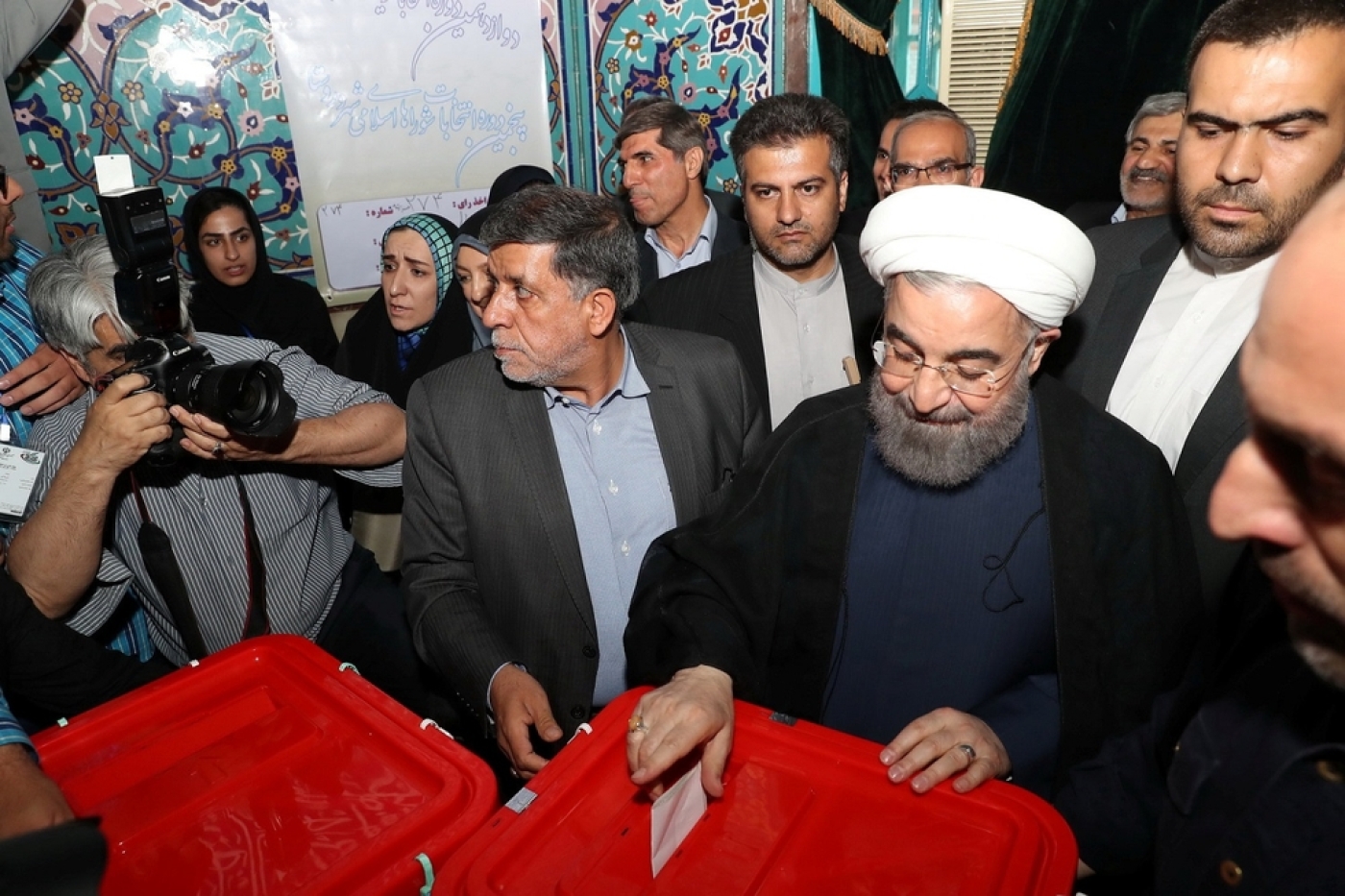 Rouhani, a 68-year-old moderate cleric, was re-elected with 57 percent of the vote (Reuters)
By
MEE and agencies

Iranians have chosen the "path of engagement with the world" and rejected extremism, President Hassan Rouhani said following his resounding re-election victory on Saturday.

"The message of our people has been very clearly expressed. The Iranian people have chosen the path of engagement with the world, far from extremism," he said on state television, following the emphatic defeat to his hardline rival, Ebrahim Raisi.

Rouhani was re-elected with 57 percent of the vote, compared to 38 percent for Raisi, according to Iran's interior minister.

"The Iranian people want to live in peace and friendship with the rest of the world, but will not accept any threat or humiliation," Rouhani said on state television.

Iranian newspapers praised the turnout, carrying headlines like "a historical victory for Iranians".

The Instagram account of a Rouhani ally, former president Mohammad Khatami, showed a picture of Rouhani making a victory sign and ran the slogan "Hope prevailed over isolation".

The big turnout appeared to favour Rouhani, whose backers' main worry has been apathy among reformist-leaning voters disappointed with the slow pace of change.

In Tehran and across Iran, there were jubilant scenes as thousands of Rouhani supporters took to the streets, singing and dancing. They wore the purple colours of Rouhani's campaign, as well as green to signify the reformist protests that were brutally put down in 2009.

Rouhani, 68, who took office promising to open Iran to the world and give its citizens more freedom at home, faced an unexpectedly strong challenge from Raisi, a protege of Supreme Leader Ali Khamenei.

The election is important "for Iran's future role in the region and the world," Rouhani, who struck a deal with world powers two years ago to curb Iran's nuclear programme in return for the lifting of most economic sanctions, said after voting.

Raisi, 56, had accused Rouhani of mismanaging the economy and had travelled to poor areas, speaking at rallies pledging more welfare benefits and jobs.

He is believed to have had the backing of the powerful Revolutionary Guards security force, as well as the tacit support of Khamenei, whose powers outrank those of the elected president but who normally steers clear of day-to-day politics.

"I respect the outcome of the vote of the people and the result will be respected by me and all the people," Raisi said after voting, according to the semi-official Fars news agency.

Russia, which fights alongside Iran in support of President Bashar al-Assad in Syria, was among the first countries to congratulate Rouhani on his victory.

Russian President Vladimir Putin sent a telegram confirming "his readiness to continue active joint work... in line with maintaining stability and security in the Middle East and the world as a whole", the Kremlin said.

Assad also congratulated Rouhani for earning "the trust [of] the Iranian people".

The European Union's foreign policy chief Federica Mogherini tweeted her vow to work for greater "engagement, regional peace... [and the] expectations of people in Iran".

"What I would hope, is that Rouhani... use that (new) term to begin a process of dismantling Iran's network of terrorism, dismantling its financing of the terrorist network, dismantling the manning and the logistics and everything that they provide to these destabilising forces that exist in this region," Tillerson said in Riyadh, on US President Donald Trump's first visit to Saudi Arabia.

Tillerson also urged Rouhani to restore to Iranians the "freedom of speech and organisation".

The comments came as US officials announced a $110bn weapons deal with Saudi Arabia, which Tillerson said aimed to help the kingdom deal with "malign Iranian influence and Iranian-related threats which exist on Saudi Arabia's borders on all sides".

Rouhani made an apparent dig at Saudi Arabia, saying Iran had demonstrated to its neighbours that "the path to ensuring security is the reinforcement of democracy, not relying on foreign powers".