The broadcaster quoted Bagheri as saying: "We will strengthen Syria's air defence systems in order to improve military cooperation between the two countries."

The deal will "further enhance our will... to confront pressures by America," he added.

Israel, a key US ally, has launched hundreds of strikes in Syria since the start of the civil war in 2011, including attacks against Iranian forces.

Iran, one of Syrian President Bashar al-Assad's main allies in the conflict, has always denied sending forces to fight in the brutal conflict, saying it only has military advisers there.

But along with Moscow, Tehran has played a key role supporting Assad in the war that has ravaged the country and killed more than 380,000 people and displaced millions.

In the joint statement, the two countries also demanded "the withdrawal of all foreign forces having entered Syria illegally".

Turkey and the US-led coalition against the Islamic State (IS) group have both sent troops to Syria, despite objections from Damascus.

Iranian authorities use the term "takfiri" to refer to Sunni rebels, including groups fighting in Syria.

"Bilateral military and security cooperation is qualitative and ongoing... despite increasing pressure and the mounting severity of threats," he said.

Syria was one of the few countries that helped Iran during the 1980-88 war with Iraq. Tehran and Damascus signed a deal in 2006, sealing their military alliance. 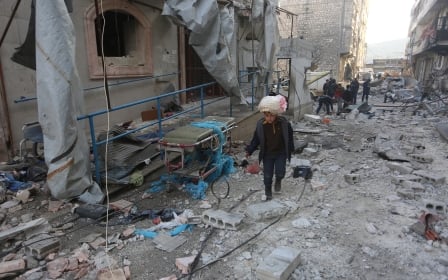