There are football rivalries, then there is the rivalry between Iran and Iraq Iranian supporters cheer during the Asian Cup quarter-final football match between Iraq and Iran in Canberra, Australia on January 23, 2015 (AFP)
By
Suhayl Al-Sammari

Politics is never far away when Iran and Iraq meet on the football pitch. The two countries share a border and a bloody recent history, including an eight-year war in the 1980s that involved the use of chemical weapons and claimed the lives of up to a million people.

Last night Iran and Iraq played in Canberra, Australia in the quarter finals of the 2015 Asian Cup. With a place in the semi-finals to face South Korea, the stakes were high. Iraq went into this fixture having failed to beat Iran, their fiercest rivals, since 1996. The Iranians were desperate to reach the next stage, seen as “an absolute minimum” achievement for their passionate fans.

Naturally, much of the attention pre kick-off focused on the existing political tensions between the two countries (Iran recently launched air strikes against Islamic State militants in Iraq). Fearing rioting, security was tightened around the Canberra stadium. In the end there were no disturbances from the crowd. All the drama was contained within the match itself.

The Middle Eastern rivals played out an exhilarating 3-3 draw. When 120 minutes could not separate the two, Iraq eventually triumphed in a penalty-shootout. UAE also reached the semi-finals with a penalty shoot-out victory over Japan after a 1-1 draw in normal time, raising the prospect of an all Middle-East final.

Having taken an early lead through Sardar Azmoun’s bullet header, Iran found themselves down to ten men after Mehrdad Pooladi kicked out at Iraq’s goalkeeper. Younis Mahmoud, captain and star of the successful 2007 squad, equalised early in the second half as Iraq looked to capitalise on their numerical advantage. After 90 minutes couldn’t separate the two, the match went to extra-time. Iraq struck early to take a 2-1 lead before Iran hit back.

A late Iraqi penalty looked to have sealed victory but Iran’s Reza Ghoochannejhad snatched an equaliser with less than a minute remaining on the clock. When the match proceeded into a nerve-wracking penalty shoot-out, Iraq managed to hold their nerve, winning 7-6 and booking a spot in the semi-finals.

UAE will join Iraq in the semi-final after sending the competition holders Japan crashing out in Sydney. An early goal, coming from the tournament’s joint top scorer Ali Mabkhout, set the Emiratis on their way and they looked to have sealed a famous win as the match neared the final whistle. A late equaliser from Gaku Shibasaki looked to have spared Japan’s blushes and could quite easily have dented the confidence of the UAE in the face of far more illustrious and experienced opponents.

Instead, they held on and produced a solid defensive display as Japan struggled to breakthrough in extra-time. The stalemate saw the game also go to penalties as UAE came out on top, reaching the semi-final for only the third time in their history.

Hosts Australia await for UAE in what promises to be an exciting and challenging fixture. As Iraq head to Sydney to face South Korea, there is the possibility of an all-Middle Eastern final, for only the third time in the Cup’s history. Whilst this may be a tough ask, with both Australia and South Korea overwhelming favourites, huge quarter-final wins for Iraq and UAE could provide the confidence and momentum for a memorable victory. 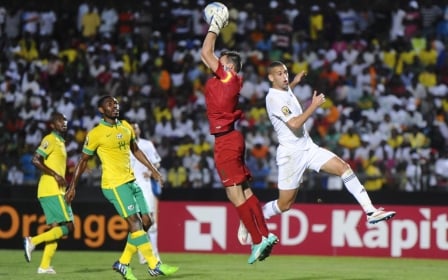 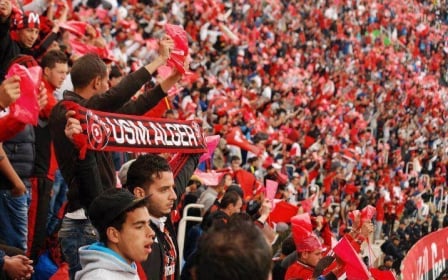