Iraqi forces closed in on the river running through central Mosul on Saturday in advances against the Islamic State group that have gathered pace thanks to new tactics and better coordination, a counter-terrorism spokesman said.

Advances in recent days, including Saturday's push to within several hundred metres of the Tigris, have included an unprecedented nighttime assault by elite forces and driven the militants out of several areas east of the river in what is their last major stronghold in Iraq.

Counter-terrorism service (CTS) forces were the closest they had been to the Tigris inside Mosul and closing in on a strategic bridge, the spokesman said. The US-backed operation to recapture the city was launched nearly three months ago.

"Counter-terrorism forces have been sent about 500m from the fourth bridge," Sabah al-Numan said in Bartella, east of Mosul.

A separate military statement said Iraqi federal police had recaptured a hospital complex in Wahda in southeastern Mosul, a significant turnaround after army units were forced to withdraw from the site last month.

Numan said fresh advances, which have gathered pace after troops were bogged down for several weeks by Islamic State resistance and the presence of large numbers of civilians, were a consequence of new tactics and better coordination between different branches of the military.

CTS and federal police "are now moving in parallel on both axes" in southeastern Mosul, he said.

"We are proceeding side by side ... and advancing at the same level. This is a very important factor, thanks to which Daesh [Islamic State] has not been able to move its fighters. It has to support one axis [front] at the expense of another.

"We have worn down the terrorist organisation with this type of advance."

Friday's nighttime operation, launched after a week of planning, had been a particular success, Numan said.

CTS forces using night-vision equipment crossed the Khosr river, a tributary that runs perpendicular to the Tigris through eastern Mosul, via makeshift earth bridges after IS had destroyed permanent ones, he said.

Air strikes from the US-led coalition sped that advance into Muthanna district.

The CTS and federal police are part of a 100,000-strong Iraqi force made up of the military, Kurdish fighters and Shiite militias, backed by US-led air power. 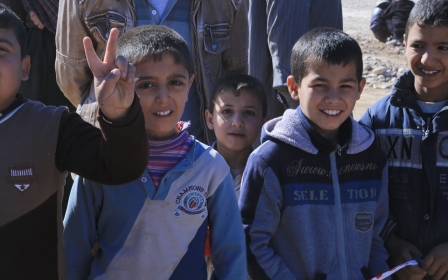 Inside Iraq
What I saw in Mosul: 'Here, there is no hope, no water, no food'
Mustafa Al-Dabbagh Iraq at War
Battle for Mosul: US troops fighting near front lines as Iraqi offensive slows