Most Iraqi Kurds aspire to their own state, but 'No For Now' campaigners see vote as political gamble to benefit presidency 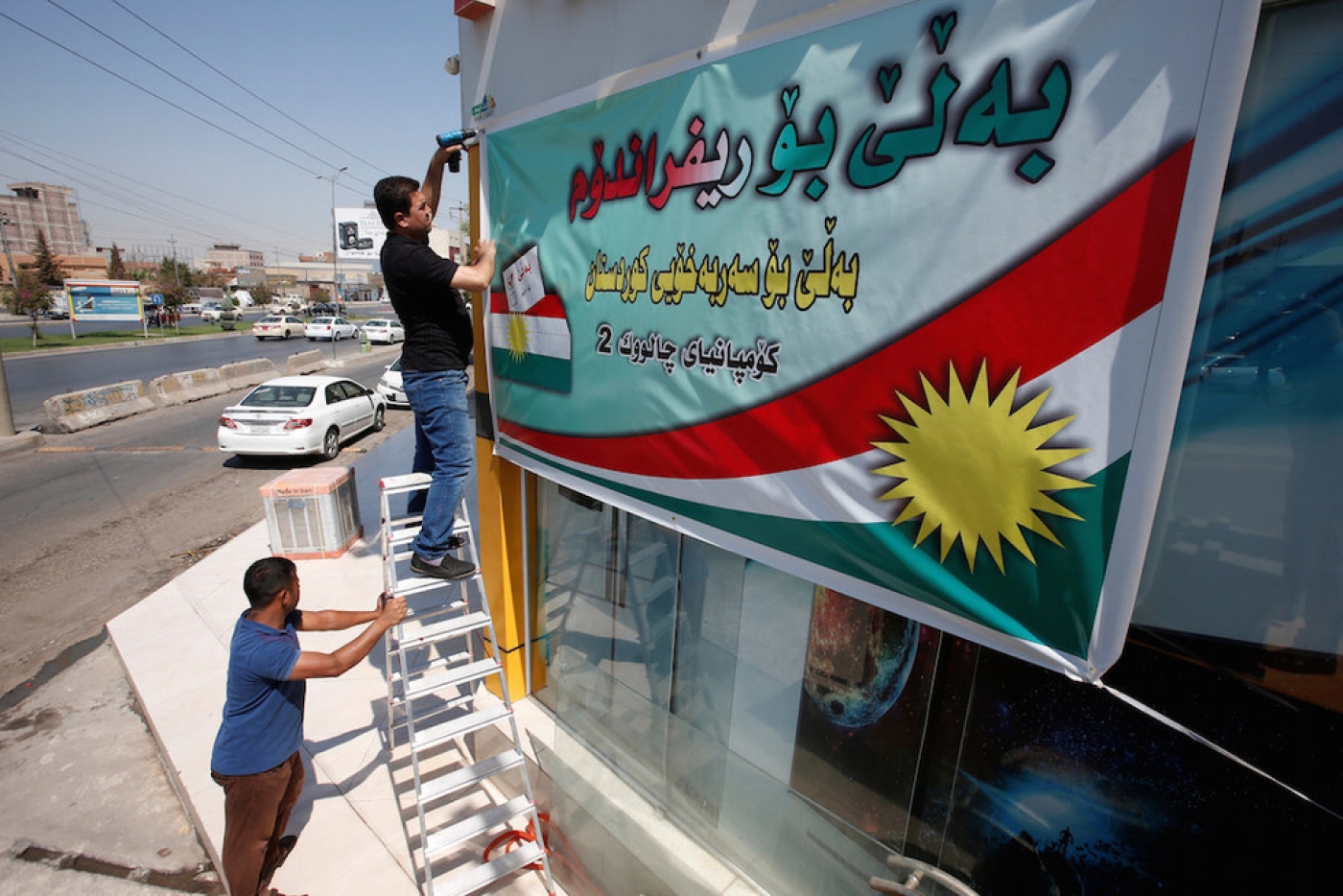 Many would call Shaswar Abdulwahid a brave man. As the founder of the "No For Now" campaign in Iraqi Kurdistan, he has called on voters to reject the proposal that the autonomous region should become the world's first independent Kurdish state.

His stance has won him many enemies - last Friday, gunmen stormed the offices of NRT, a news station he founded, and threatened to burn the building down. They then climbed onto the roof of the building in central Erbil, tore down the channel's logo and chanted "Yes for referendum!" as they raised the flag of Kurdistan.

I invited @masoud_barzani or any senior member of #Referendum committee for a public event on referendum. Lets see if they r ready.#No4Now pic.twitter.com/oGS7J5BjEP

Abdulwahid and his allies have repeatedly received death threats and been physically intimidated since publicly declaring their opposition to independence.

"The threats are still there and constant," he told Middle East Eye. "Me and my friends at the No For Now campaign are facing threats everyday.

"One of our campaign board members was kidnapped in Sulaymaniyah. Security forces raided the house of another member. The KRG [Kurdistan Regional Government] has used the legal system as well to shut down NRT TV, especially local broadcasting, for one week."

There are few who believe that the referendum on 25 September will return anything but a Yes vote. Anyone who publicly opposes Kurdish national aspirations is taking a huge risk, particularly after public condemnation of the vote by Iran and Turkey, the Kurds' old adversaries.

But Abdulwahid and others have expressed deep concerns that the vote is less about independence for the KRG and more about an attempt by longstanding President Massoud Barzani to shore up his power base and maintain his grip by stoking nationalist sentiment ahead of parliamentary elections.

No For Now was launched on 8 August during a news conference in the opposition stronghold of Sulaymaniyah.

"We as the Movement No for Now believe this referendum does not serve the fundamental interests of the people of the Kurdistan region," group spokesperson Rabun Maruf said at the launch event.

"This referendum is not a move towards the independence and the formation of a democratic and upright country, but is instead a dangerous and historic mistake that will result in the abortion of this aim and which will lead towards further division.

"It will drag our nation into a bloody military conflict and towards disaster."

No For Now say that they have been prevented from registering observers for the referendum, while NRT TV - long a thorn in Barzani's side - has repeatedly faced bans on its broadcasting.

- Shaswar Abdulwahid, No For Now campaigner

While the majority of political parties supported the referendum when it was announced in June, the Gorran movement, the second-biggest party in the parliament, stormed out of the original discussions and  condemned the referendum as "illegal," as did the Kurdistan Islamic Group, which cited a lack of Kurdish political unity.

Meanwhile, the Iraqi Turkmen Front, formed to represent Iraqi Turkmens in the KRG, has also publicly opposed the vote, largely amid concerns about the protection of their national rights.

Many of those in the KRG, even those supporting independence, have become concerned about the monopolisation of power by Barzani and his Kurdistan Democratic Party (KDP).

Barzani, whose father Mustafa was one of the pioneering Kurdish nationalist leaders, has ruled the KRG since it was formally recognised as an autonomous region in 2005. His family's domination of Iraqi Kurdish politics stretches back decades.

"The current ruling elite have been there for the last 26 years because they have used revolution 'legitimacy'," said Abdulwahid. "They want to use the referendum to remain in power another 25 years and hand over power to their families.

"We can’t allow this to happen and we did not fight Saddam for this. We have sacrificed our loved ones to build a free and democratic system, not a monarchy."

Erbil and Baghdad? Not the best of friends

Only a few years ago, in 2010, Iraqi Kurdistan was hailed by Western observers as the "new Dubai". It would become a prosperous, secular entity that, unlike the old Dubai,  would set the standard for Middle Eastern democracy as the rest of Iraq descended into sectarian violence following the US-led invasion of 2003.

But the growth of corruption, the collapse in oil prices and the emergence of the Islamic State (IS) group in 2014 has dampened the hopes of many for a fledgling state.

KDP officials have been keen to blame other factors for the budget crisis in the KRG, particularly Baghdad.

The Iraqi government blocked constitutionally mandated payments from the federal budget to the KRG in 2014, after the Kurds began independent oil exports via a pipeline to Turkey.

The KRG budget has faced further strain from the need to fund Peshmerga fighters combatting IS, and from accomodating more than two million refugees, who now make up at least a quarter of the more than nine million-strong population

The various crises have also been used by Barzani to justify why the KRG parliament has not met since October 2015. This lack of legislative oversight is a major factor in Gorran's opposition to the independence referendum, which it argues needs approval from lawmakers.

On 4 August, Gorran and the Kurdistan Islamic Group (KIG) released a statement reiterating their call for the date of the referendum to be pushed back.

“Both [parties] stressed the need to cancel the austerity measures and efforts needed for better livelihood,” the statement read. “The referendum must be postponed to another suitable time and requires parliament to issue related laws and conduct its observing process.

“The KIG and Gorran reiterated their readiness to conduct serious talks in an aim to resolve crises."

The other major Kurdish force in the region, the Kurdistan Workers' Party (PKK), has also voiced its criticisms of the referendum, albeit not to the point of outright opposition.

The party, which was originally formed in 1978 to oppose the government, is a long-time opponent of Barzani and the KDP. It has argued publicly against the principle of an independent Kurdish state since the turn of the century.

However, current leader Cemil Bayik has also described the referendum as a "democratic right". The PKK's media spokesperson, Zagros Hiwa, told MEE that his organisation would avoid becoming embroiled in any potentional fallout, and said they hoped that "clashes will not happen".

"Such clashes are not in the interest of the Kurdish people and all the peoples of Iraq," he said. "Our line of struggle is defending liberties and democratic rights. We will not take sides in nationalistic and sectarian conflicts, or power/oil sharing conflicts."

It’s very difficult once Kurdish nationalism starts to rise for anybody to oppose it. I mean what are you going to do? Vote no?

Michael Knights, a fellow at the Washington Institute, said that the momentum behind the referendum is now largely unstoppable and that attempts to delay or re-schedule it will ultimately fail.

"They're trapped, because it's very difficult once Kurdish nationalism starts to rise for anybody to oppose it," he said. "I mean what are you going to do? Vote no?

He added that even some of Barzani's own advisers had conceded that 25 September was not the ideal date to hold the referendum. "But they point out correctly that it's never the ideal time to do this and nobody’s offering them any alternative timing."

Will there be a democratic state?

Tension between Erbil and Baghdad has risen as the date of the referendum approaches. Although Knights pointed out that Baghdad, and Iraqi Arabs in general, are more resigned to the inevitability of Kurdish indepedence than Tehran or Ankara, the political fallout still has the potential to be messy.

A number of disputed territories, particularly Sinjar and Kirkuk, are potentially major flashpoints between Baghdad and Erbil.

We voluntarily went to Baghdad. They did not accept partnership and now they should not complain that ... we are voluntarily leaving it

Earlier this week, Barzani lambasted Iraq as a "religious and sectarian state" and said that he had "made a big mistake when going to Baghdad with a clear heart and goodwill" after the fall of Saddam Hussein in 2003.

"We voluntarily went to Baghdad," Barzani said on Thursday. "They did not accept partnership, and now they should not complain that ... we are voluntarily leaving it."

He added that, despite the assumptions of many observers and many in Kurdistan, he would not stand for the presidency again, should an election be held. Instead he would step down from the role once independence had been achieved.

In spite of all the difficulties he faces, Abdulwahid is determined to keep putting his position across. "I am striving for a free and democratic state, the one our Peshmerga are fighting for and our martyrs sacrificed their lives for," he said.

"This is a premature referendum and no preparations have been made for it during the last several years at least. The referendum should have been a tool to unify the people and the political parties. But it did the opposite." 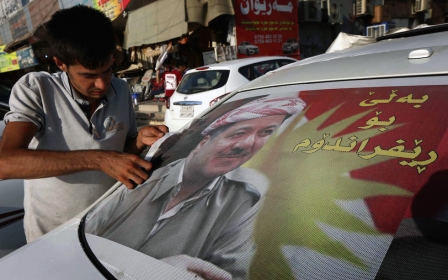 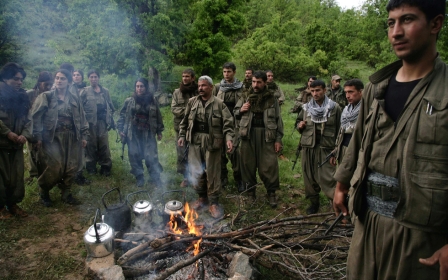 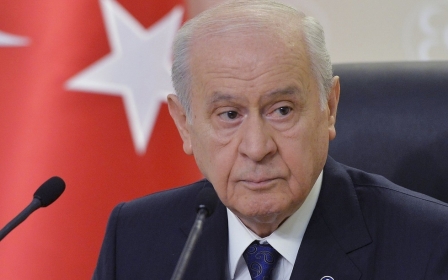