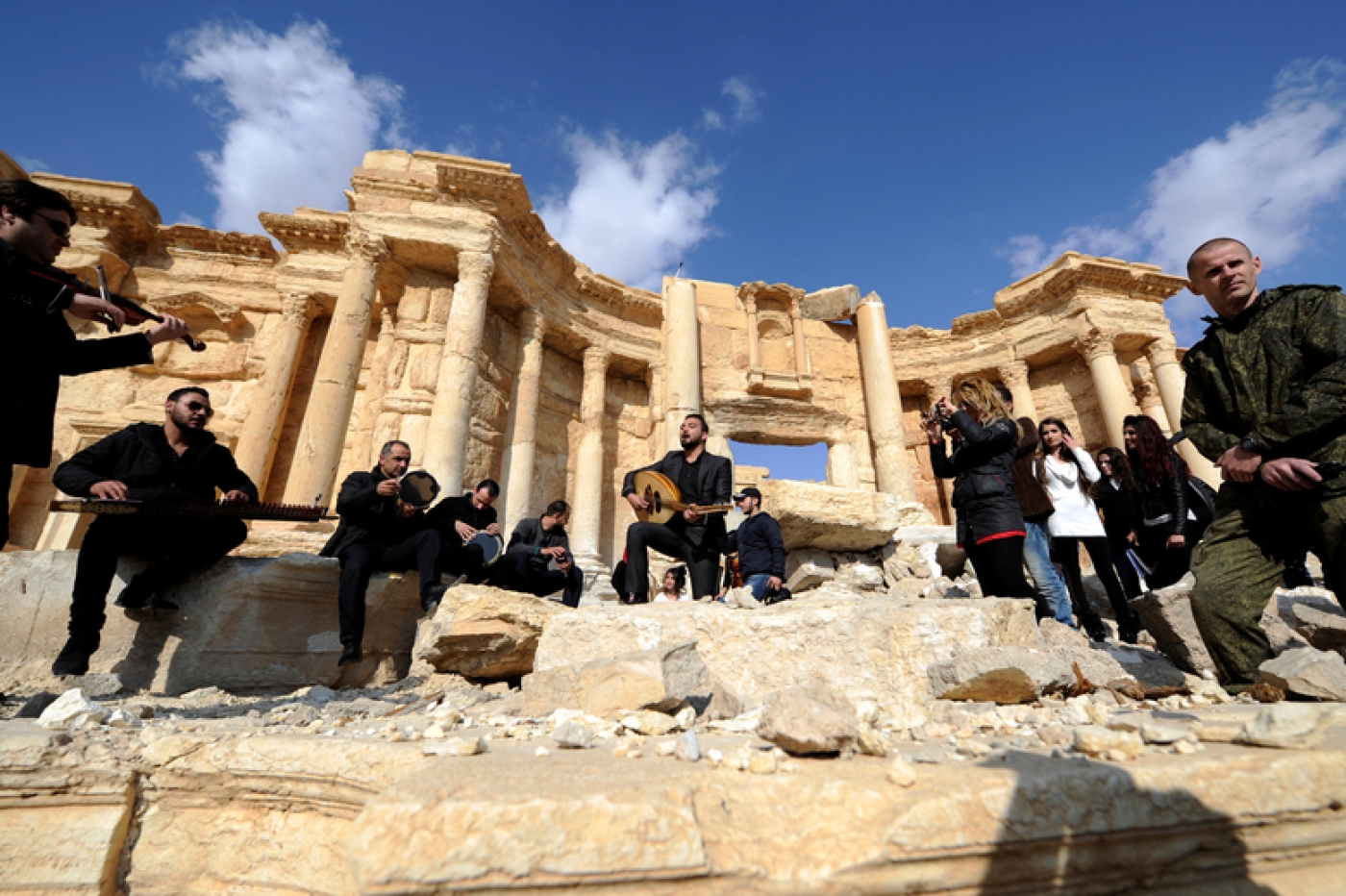 Syrian musicians play their instruments amid damaged theatre in historic city of Palmyra, Syria, on Saturday (Reuters)
By
Reuters

Islamic State group (IS) militants have severely damaged a major Roman monument in the ancient Syrian city of Palmyra, an antiquities official said after visiting the site on Saturday.

Under heavy Russian air cover, the Syrian army and allied militias drove the militant group out of the UNESCO world heritage site on Thursday, two months after it had seized it in a surprise advance.

It was the second time the city had been recaptured from the militants in the course of Syria's six-year war. The militants have smashed ancient structures in Iraq and Syria they say do not conform to their strict interpretation of Islam.

Antiquities official Wael Hafyan said he had seen serious damage to the Tetrapylon, a square stone platform with matching structures of four columns positioned at each corner. Only four of the 16 columns were still standing.

#Palmyra: before & after photos show the extent of destruction of the city caused by ISIS. The city was recaptured by the Syrian Army on Thu pic.twitter.com/04x6ZZbEwt

"The terrorists detonated it... the damage is extensive," he told Reuters. However, he said some of the fallen columns were not destroyed and could be restored using modern conservation techniques.

There was also harm, but less serious, to the facade of a Roman theatre, where the damage was to a part that was restored, not original, he said.

Hafyan said the militants had caused less destruction during their second occupation of the city than in their first, when they ruined an 1,800-year-old monumental arch and the almost 2,000-year-old Temple of Baalshamin.

"These two places are not in that same danger and the extent of destruction of the first occupation, when the damage was much more savage," Hafyan added. He said it would take some time to make a full technical assessment of the historic sites.

Known as the Pearl of the Desert, Palmyra, about 215km northeast of Damascus, was a prosperous city on the ancient Silk Road trading route. 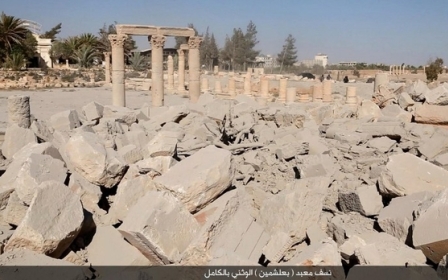