The day after Hamas and Fatah pledge to reconcile, Israel calls off peace talks and launches air strikes in Gaza wounding at least 6 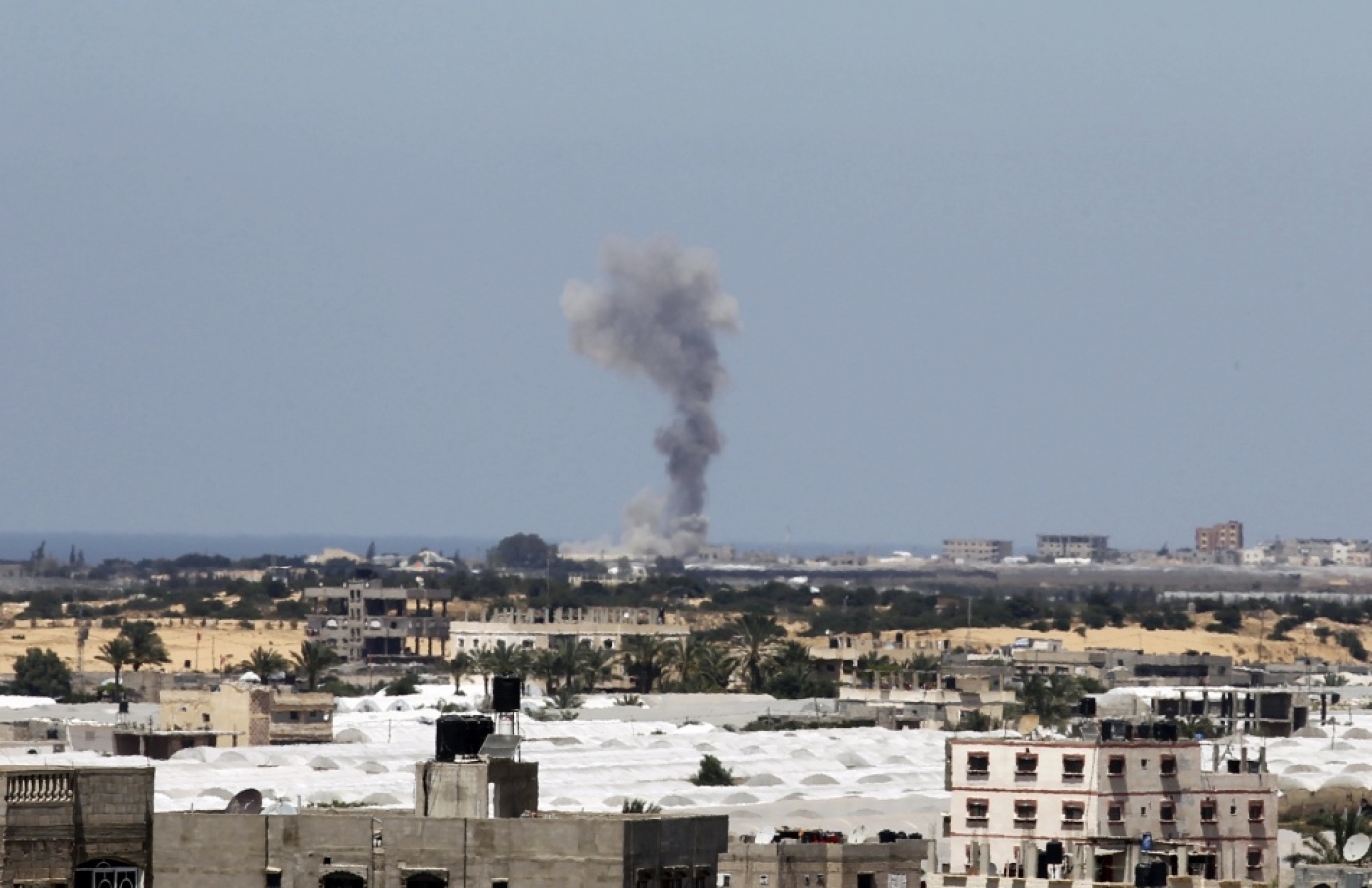 Following an Israeli airstrike on Gaza overnight, Prime Minister Benjamin Netanyahu said Thursday his country was halting peace talks with the Palestinians. The announcement comes in response to a unity deal struck Wednesday between the Palestinian leadership and the Islamist Hamas rulers of the Gaza Strip.

Palestinian moves to form a unity government with Hamas were "a giant leap backwards" for the peace process, Netanyahu told NBC television shortly after the Israeli cabinet announced it was halting the US-led peace process. "The pact with Hamas kills peace."

Netanyahu's office also released a statement on Thursday noting that, in addition to cutting off the talks, Israel "will take a number of measures in response to the PA's (Palestinian Authority) unilateral moves."

"The priority now for the Palestinians is reconciliation and national unity," he added.

An Israeli military strike on Gaza also followed the announcement of the unity deal late Wednesday.

Shortly after Hamas President Ismail Haniyeh held a press conference in Gaza City detailing the terms of the agreement, an Israeli warplane struck Beit Lahiya, north of the city, wounding six people, one seriously, the Hamas interior ministry said. Health Ministry spokesman Ashraf Al-Qidra told Reuters that as many as 12 people were wounded in the attack.

Later in the evening, the Israeli military said Palestinians fired three rockets from the Gaza Strip at southern Israel, one of which hit a compound adjacent to the Erez border crossing. It later said that it was investigating if that rocket fell on the Israel or Gaza side. There were no reports of casualties.

On Wednesday, the Palestine Liberation Organisation (PLO) - internationally recognised as the sole representative of the Palestinian people - and Hamas signed a reconciliation agreement.

Under the agreement, which came as the US-brokered peace talks were at a standstill, the sides agreed to form a "national consensus" government under Palestinian president Mahmud Abbas, who rules the West Bank, within weeks.

"Instead of choosing peace, Abu Mazen (Abbas) made a pact with a murderous terror organisation that calls for the destruction of Israel," Netanyahu said in a statement, following a five-hour meeting with his security cabinet.

Abbas "rejected the principles of the framework (to extend peace talks) proposed by the US, and refused to even discuss recognising Israel as the Jewish State," he added.

"Whoever choses the Hamas terror does not want peace," Netanyahu said of Abbas.