Israel cancelled on Wednesday Jerusalem entry permits for 500 Palestinians from Gaza, citing rocket fire from the besieged coastal enclave as the reason for the restriction, according to local reports.

Palestinian worshippers from Gaza will not be allowed to pray at the al-Aqsa mosque in Jerusalem, the coordinator of Israeli government activities in the Palestinian territories told the Maan News Agency.

Yoav Mordechai said the decision had been taken because “the security conditions around the crossing [between Gaza and Israel] aren’t stable”. The Israeli official said recent rocket fire had landed “not far from the Erez crossing”, which is used to connect the Palestinian territory with Israel.

Despite a Salafi group claiming responsibility for the rocket fire, which caused no casualties or damage in south Israel, Mordechai said the blame lies with Hamas, the Palestinian movement that governs Gaza.

The Maan News Agency claimed that groups have fired rockets from Gaza in recent weeks to try and undermine Hamas’ control of the territory.

Early on Wednesday Israel said it had carried out an air strike in Gaza, targeting the site of a rocket launcher. The strike caused no casualties, according to the Associated Press. The bombing came after rocket fire late on Tuesday into southern Israel, which hit an open area and caused no injuries. The incident was the latest in a string of attacks.

Israel traditionally grants a certain number of Palestinians access to the al-Aqsa mosque during the holy month of Ramadan, when Muslims fast from sunrise to sunset. Palestinian officials, however, have reiterated their belief that their people should not need permission to visit the mosque.

“All the people of Palestine have the right to access the city and pray in the al-Aqsa mosque in full freedom without the need for permits,” Palestinian Ministry of Endowment Sheikh Azzam al-Khatib previously told Maan.

The Israeli army have deployed heavy security around the mosque since the start of Ramadan on 18 June. 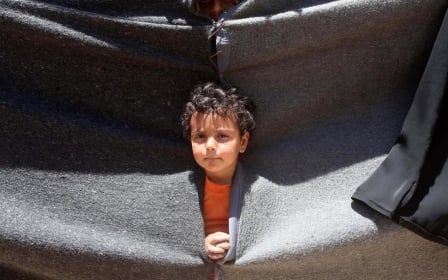 Gaza Aftermath
The many reports on Israel's war against Gaza