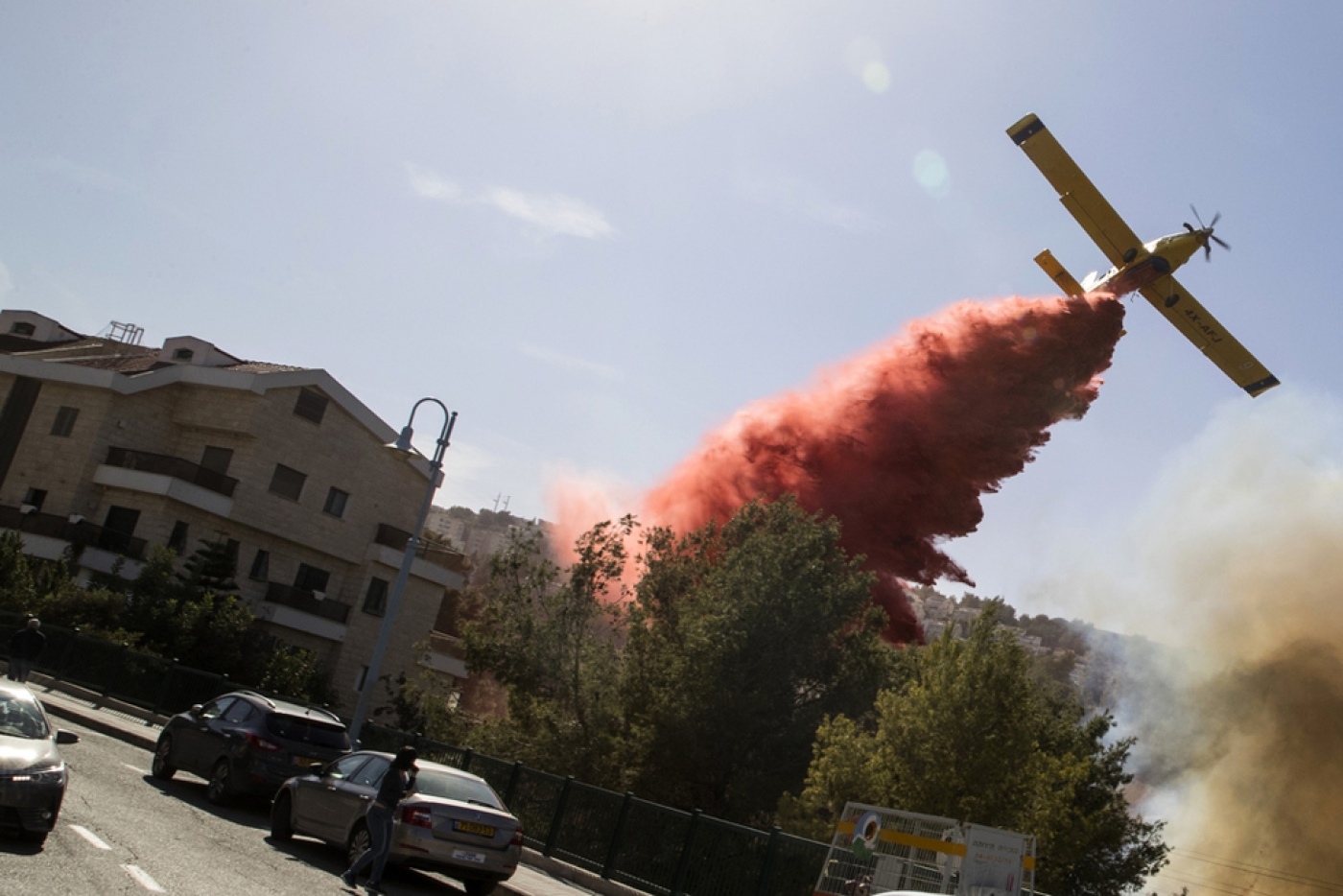 Israeli fire teams received assistance from Palestine, Egypt, Jordan and Russia among others (AFP)
By
MEE and agencies

Israeli firefighters have extinguished all the wildfires that have ravaged the country over the past week, forcing tens of thousands of people to flee their homes, authorities said on Sunday amid ongoing controversy over the cause of the blazes.

"There are no active sites left," fire and rescue service spokesperson Yoram Levy told AFP. "Since last night it's pretty calm, we have no new activity."

Since Tuesday, Israeli firefighters had been battling wildfires throughout the country which on Thursday hit major city Haifa, forcing at least 60,000 people to evacuate their homes.

Firefighting planes from Israel and countries including Palestine, Russia, Turkey, Greece, France, Spain and Canada dumped tonnes of water and retardants on fires.

The Israeli authorities suspect that some of the fires may have been of criminal origin and linked to the Israeli-Palestinian conflict - Israeli media have dubbed the wildfires the "Arson Intifada," although there is no indication that the fires, if deliberate, were coordinated.

Police have arrested 23 people suspected of lighting fires or inciting arson, and interrogated another seven.

One of those arrested for incitement to arson is an Israeli from the Bedouin minority who wrote a satirical Facebook post about the fires.

The man had criticised Palestinians who celebrate the fires, but a judge said that he should have taken into account the possibility that the post's satirical tone would be misunderstood as incitement before publishing it.

In the wake of the fires and ongoing controversy as to their cause, the Israeli education minister on Sunday vowed to expand settlement-building in response to what he called "pyro-terrorism".

"We are facing a wave of nationalist terrorism by pyro-terrorists whose aim is to kill Jews and to terrorise," the right-wing minister and key power-broker in the country's coalition government Naftali Bennett said on Sunday.

"That's the definition of terrorism and we will defeat it. We will build more and bigger houses for every [damaged] house," he said, adding that settlers whose homes, which lie in compounds considered illegal under international law, are too damaged to live in will be given trailers as alternative accommodation until new homes are built. 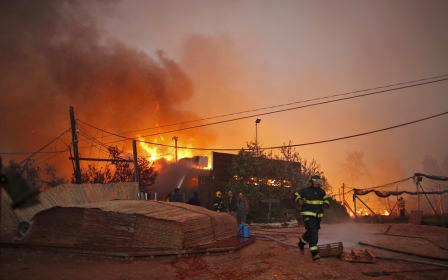