Israel's new government isn't a unity coalition. It's a monster

Billed as an emergency administration to combat coronavirus, this latest line-up just uses Gantz as a fig leaf for annexation 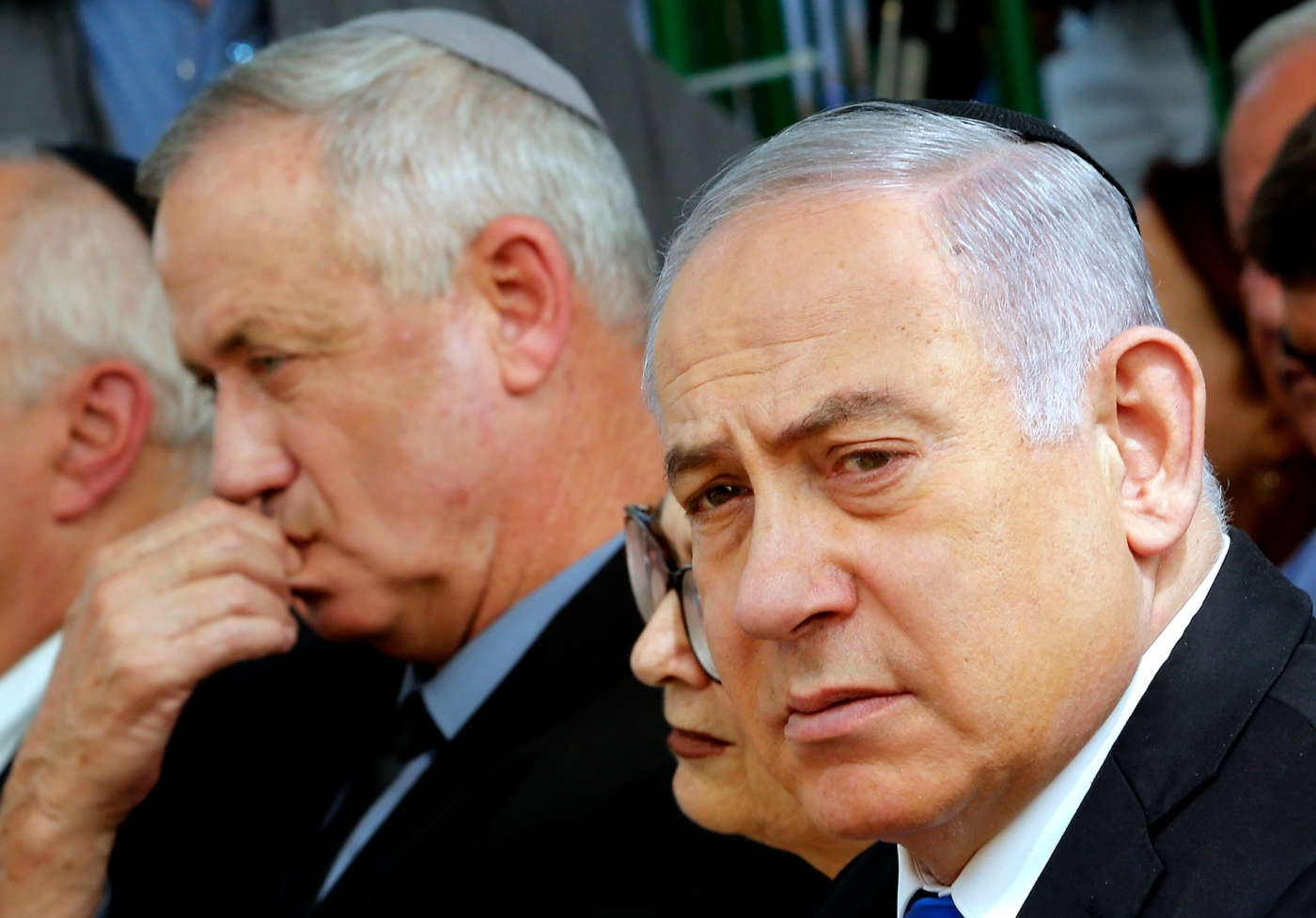 The monstrous creature agreed by Benjamin Netanyahu and Benny Gantz on Monday evening is neither a “unity government”, nor an “emergency coalition".

It is a statement of surrender by Gantz, securing the prime minister another term in office and forsaking all the promises the Blue and White leader made to his voters.

During the election campaign, the former army chief made a basic commitment not to be part of a government with an indicted prime minister. He has ended up signing a contract with corruption.

Coronavirus is being used as mitigating conditions to form a government “made in China”, where the pandemic started.

The outbreak has given Netanyahu an incentive and Gantz an excuse to form, in the midst of a major national health and economic crisis, the biggest government ever: 36 ministers with meticulously split portfolios to accommodate all, and 16 deputy ministers to compensate Netanyahu’s frustrated Likud MPs. 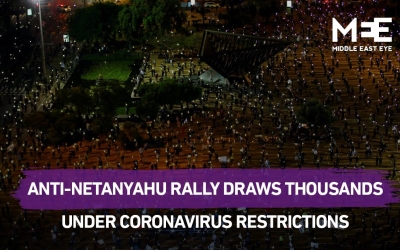 Optimists console themselves by joking that this stuffed administration is in fact a partial solution to the unprecedented unemployment crisis, with about a million Israelis left jobless.

The 60 percent of Israelis who support the unity government, worn out by three rounds of elections, are bound to be less enthusiastic when they see the price they will pay for this temporary relief.

To make things even more ridiculous, once the government is sworn in, Israel will have two premiers taking oaths together: a prime minster (Netanyahu goes first) and “alternative prime minister” in Gantz, to replace him in a year and a half.

This strange linguistic invention reflects the profound lack of trust between the two.

There is also - for the first time - a promise of an alternative official residence for the alternative PM before and after future rotation.

This Orwell-like newspeak leaves Israel without what the country really needs: an alternative to a 78 MP-strong right-wing-Orthodox coalition.

Gone is Labor, the party that established the State of Israel.

The slow dying process started with then-Labor leader Ehud Barak’s “no partner for peace” statement upon returning from the 2000 Camp David Summit with Yasser Arafat.

It came to an end 20 years later, with Amir Peretz, current head of the party and one of the first Israeli politicians to ever call for a two-state solution, now joining a Netanyahu government set to annex swathes of the occupied West Bank.

“It is the first government in the history of Israel to have annexation written into its coalition agreement,” says Mossi Raz, peace activist and former MP in the left-wing Meretz party, which he laments is close to extinction.

According to Raz, a fundamental paradox lies within the government: by imposing an October 2021 expiry date on Netanyahu’s rule, Gantz killed all hope of seeing him go now.

“With wiser political conduct, it could have been achieved,” says Alex Kushnir, MP with the nationalist Yisrael Beitenu party.

The new administration is no unity coalition, Kushnir tells Middle East Eye: “It is Bibi’s government with Gantz as a fig leaf." Yisrael Beitenu, led by fierce Netanyahu critic Avigdor Lieberman, will however be staying on the outside.

“Now Gantz wants us in his government too as his own fig leaf. It is not going to happen,” he adds.

The truth has to be said: Gantz is the first leader in Israeli political history to put an expiry date on Netanyahu’s rule.

No one before him has ever achieved that. That is, if you believe the prime minister known for his broken promises will actually keep this one and graciously step down in 2021.

Blue and White also takes pride in forcing Netanyahu to forsake his cherished justice portfolio, now in the hands of Gantz’s party. It is of the utmost personal importance to Netanyahu, whose trial is set to resume mid-May.

Nobody is more aware of it than Netanyahu himself. With all this in mind, he managed to claim the lion’s share of his demands. He let go of his very friendly justice minister Amir Ohana, but secured himself a raft of legal guarantees fully approved by Blue and White.

The first to be put to test is the petition that has been submitted to the Supreme Court seeking to undermine Netanyahu’s legal right to be elected premier while indicted on charges of bribery and breach of trust. The new agreement states that if the court ousts him, a new round of elections will take place. 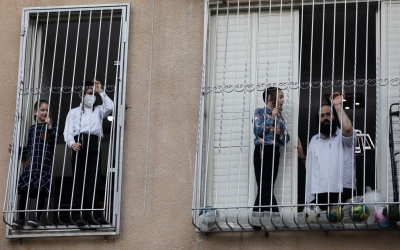 This is very unlikely to happen. Just four days ago, in a private conversation quoted in Haaretz newspaper, Netanyahu warned of civil war if he is not allowed to rule.

Contrary to the premise of Israel’s new administration being a “coronavirus emergency government”, the virus was not an issue in the negotiations between the two sides. Instead, it was all about the legal system and future annexation that Netanyahu wants to leave as his legacy. He won on both.

According to the agreement, the prime minister can veto any senior judicial nomination - including attorney-general of Israel. Meanwhile, the opposition representative in the committee tasked with appointing judges is his conservative former aide, Zvi Hauser.

Minutes after the coalition agreement was signed, Gantz triumphantly tweeted: “We prevented fourth round of elections. We will protect democracy. We will fight coronavirus and take care of all citizens of Israel."

One of Gantz’s many concessions is his standing on the issue of annexation as it appears in US President Donald Trump’s “deal of the century” to address the Israel-Palestine conflict.

That includes Jordan Valley and illegal settlements - about a third of the West Bank.

Responding to the plan’s unveiling in January, Gantz said it should only be implemented following March’s election and in coordination with the international community.

As of yesterday, that conditioning is gone with the wind, and the agreement of the international community is no longer required.

Netanyahu’s plan is to implement the first step as early as the beginning of July. Sources in Blue and White say they can still control the process from their new positions: Gantz as defence minister and Gabi Ashkenazi as foreign minister.

They seem, however, to be too weak to stop a Trump-backed Netanyahu if both still want annexation and need it for their own political gain.

Still, those who have enabled this government might be responsible for the consequences of such a historic, fatal, immoral and dangerous move. 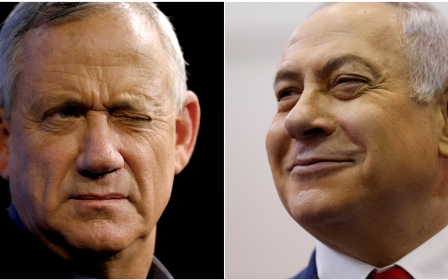 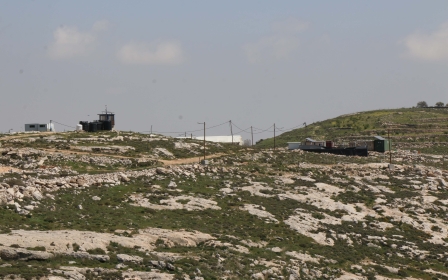 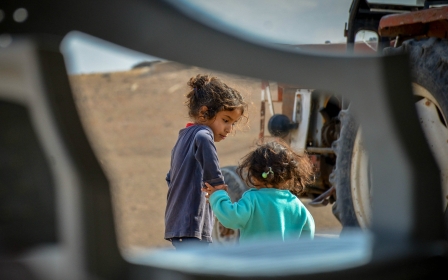