Clashes after Israeli forces arrest five Palestinians from Biddu village, northwest of Jerusalem, and call others in for questioning Palestinians gather next to the site where three Palestinian where killed during clashes with Israeli forces in the village of Beit Anan, northwest Jerusalem, 26 September 2021 (AFP)
By
MEE staff

Israeli forces have launched an arrest campaign in the occupied West Bank following the killing of five Palestinians and the wounding of two Israeli soldiers on Sunday.

The flare-up is the most significant since May, when widespread protests broke out in Palestinian cities inside Israel, the West Bank and East Jerusalem, and developed into an armed conflict in the Gaza Strip. Clashes erupted in Biddu when Israeli forces raided the village to carry out the arrests. Local media said that Palestinians burned tyres and threw stones to obstruct the Israeli forces raid of Biddu, but were met with Israeli fire and grenades.

Three Palestinian residents of Biddu were killed on Sunday morning during a gunfire exchange with Israeli soldiers near Beit Anan town in northwest Jerusalem.

Two Israelis, an officer and a soldier from the Dovdovan unit, were critically injured.

In Jenin, north of the West Bank, Israel arrested Saad Saaydeh, and in Beit Ijza, Saleh and Ahmed Diwan were arrested on Monday morning, while in Arraba town, near Jenin, Israeli forces arrested Wael Salman al-Shaer at Bartaa military checkpoint and seized his vehicle on Sunday evening.

The head of the Hamas political bureau, Ismail Haniyeh, made a telephone call on Sunday to the families of Palestinians who were killed by Israeli fire near Jenin and north of Jerusalem.

Haniyeh said that "their blood will not be in vain, and it is on the path to liberating Jerusalem and Al-Aqsa."

Izz ad-Din al-Qassam Brigades, the military wing of Hamas, announced in a statement that three of its members, Zahran, Hmaidan and Badwan, were killed in gunfire exchange with Israeli soldiers in Beit Anan.

"The martyrs died in an armed clash with a special Zionist force in the mountains of Jerusalem at dawn," al-Qassam Brigades said, calling on the Palestinian people in the occupied West Bank to "exhaust the [Israeli] enemy with all possible forms of resistance."

Islamic Jihad's military wing, al-Quds Brigades, also announced the killing of one of its members, Osama Yaser Soboh, in the village of Burqin, southwest of Jenin city on Sunday. Soboh, 22, was a former Palestinian political prisoner in an Israeli jail. A 16-year-old, Yousef Mohammed Soboh, was also killed on Sunday by Israeli fire in Burqin, and four were injured.

Eyewitnesses told local media that Yousef Soboh was shot several times, rammed by a military vehicle and that his body was seen being taken on a stretcher by Israeli forces.

Israel was reported to be holding three of the bodies of the Palestinians who were killed in Beit Anan.

On Sunday, Israeli Prime Minister Naftali Bennett, en route to the United Nations in New York, said that the Israeli troops acted in the West Bank against Hamas fighters "who were about to carry out immediate attacks".

Palestinian Authority (PA) President Mahmoud Abbas condemned the killings and said "the heinous crime committed by Israel in the Jerusalem and Jenin area and the killing of five Palestinians".

But Zahran's family accused the PA of aiding the Israeli army operation that killed their relative, according to Quds.net 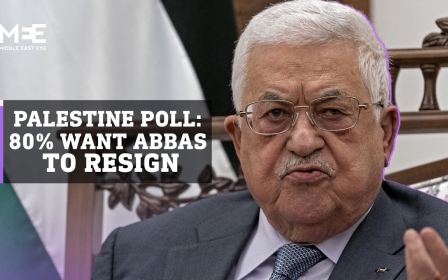