Jewish visitors gesture as Israeli security forces secure the area at the compound that houses Al-Aqsa Mosque in Jerusalem's Old City, 5 May 2022 (Reuters)
By
MEE staff

Israeli police carried out large-scale arrests in occupied East Jerusalem on Thursday ahead of an Israeli far-right march scheduled for Sunday.

According to local media, Israeli police detained more than 100 Palestinians this week in Jerusalem, while dozens of residents have been temporarily expelled from the city and al-Aqsa Mosque.

'The decision is in the hands of the Israelis and the international community. They can avoid a war and escalation if they stop this mad [march]'

Meanwhile, Israeli settlers stormed al-Aqsa Mosque from the side of the Mughrabi Gate on Thursday, and, guarded by Israeli police, performed religious rituals in its courtyards.

The Flag March is usually held on Jerusalem Day, which marks Israel's capture and subsequent occupation of East Jerusalem in the 1967 Middle East war.

Last year’s Flag March was postponed for about a month after Hamas fired four rockets from the besieged Gaza Strip onto the outskirts of Jerusalem on 10 May, following violent Israeli raids on Al-Aqsa and attempts to evict Palestinians from the Sheikh Jarrah neighbourhood to make way for Israeli settlers. Israel responded with a deadly 11-day Israeli offensive on Gaza which killed at least 260 Palestinians.

Israel's control of East Jerusalem, including the Old City, is considered illegal under international law, which stipulate that an occupying power has no sovereignty in the territory it occupies and cannot make any permanent changes there.

Israeli settlers and far-right activists, protected by the police, have been storming al-Aqsa Mosque on an almost daily basis.

Such incursions are organised by "Temple Mount" groups who have pushed for an increased Jewish presence at the site and advocate the destruction of al-Aqsa Mosque and the Dome of the Rock to make way for a Third Temple.

The Palestinian foreign ministry called the decision to approve the event "provocative, aggressive, and an integral part of the open occupation war against Jerusalem, its citizens, and its sanctities." 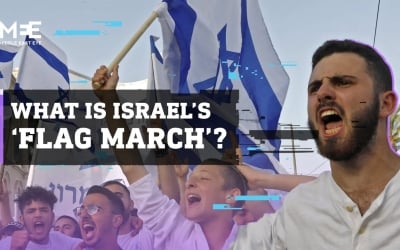 A senior Hamas politician on Thursday told Reuters that his movement, which rules the Gaza Strip and has a military wing, and other Palestinian groups are “ready to do all they can” to prevent the march.

"The decision is in the hands of the Israelis and the international community. They can avoid a war and escalation if they stop this mad (march)," Bassem Naim said.

"This march can be cancelled. It is a political step. It has nothing to do with religion."

“I want to tell the enemy’s government… and those concerned with the regional situation. Any violation of the Al-Aqsa Mosque and the Dome of the Rock will blow apart the region,” he said in a speech. “It will provoke all the Arab and Islamic peoples and every free person.”

A statement by the Israeli police to Arabic media said that the police Commissioner-General Yaakov Shabtai has ordered police units to prepare for "a state of high alert".

Some 3,000 police and border guards will be deployed in Jerusalem on Sunday, it said, "to ensure the procession along with thousands of policemen who will operate across the country, including mixed cities and towns."

It added that police forces are carrying out "wide-ranging preventive activities" in Jerusalem and beyond, including the arrest of dozens suspected of "inciting and planning riots".

The crackdown on Palestinians comes after an Israeli appeals court quashed a ruling allowing Jewish prayer on al-Aqsa compound in Jerusalem, a move which had provoked heavy criticism from Palestinians.

On Sunday, the Jerusalem Magistrate's Court overturned a police restraining order against three Israeli far-right activists for praying at al-Aqsa Mosque in violation of a longstanding understanding between Israel and Jordan, which administers the mosque.

As part of the delicate decades-old arrangement, non-Muslims are allowed to visit al-Aqsa under the supervision of the Waqf, a joint Jordanian-Palestinian Islamic trust that manages the affairs of the mosque.

However, only Muslims are allowed to pray in the courtyards and prayer halls of the mosque.

On Thursday, however, his ruling was overturned by the Jerusalem District Court after a counter-appeal from the state. 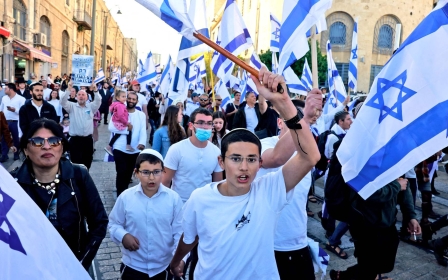 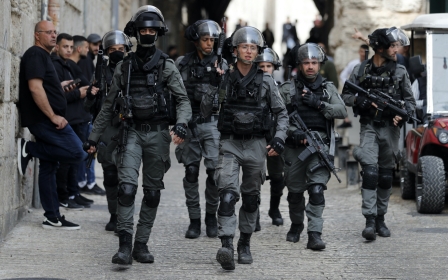