Israeli drone crashes in Lebanon for 2nd time in 3 weeks In Tripoli, a Lebanese soldier fishes out an Israeli drone that crashed near the city's main port (AFP PHOTO/HO/LEBANESE ARMY)
By
MEE and agencies

An Israeli drone crashed in the northern Lebanese port city of Tripoli on Saturday, the military said, in the second such incident in three weeks.

"At around 8:30 am (0530 GMT), a drone belonging to the Israeli enemy went down in the port of Tripoli, and the army has taken the necessary measures," the Lebanese military said in a statement, without elaborating.

A security official said the pilotless aircraft crashed into the sea.

"Fishermen had the impression a plane was falling down towards their harbour, close to the main port of Tripoli," said the source, who spoke on condition of anonymity.

"They alerted the army which has retrieved the aircraft from eight metres (26 feet) under water. It turned out later that it was an Israeli drone," the source added.

An spokesman for the Israeli military refused to comment on the reports.

On 21 June, Israel carried out an air strike in eastern Lebanon to destroy one of its drones that had crashed in the mountains outside the village of Saghbine. 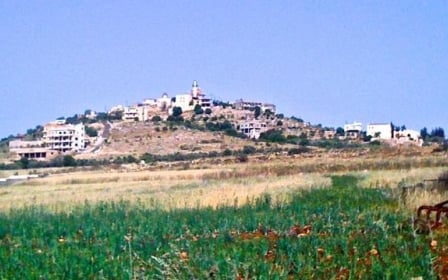