As the only major Israeli team not to feature an Arab player on its roster, Beitar Jerusalem is now under heavy pressure 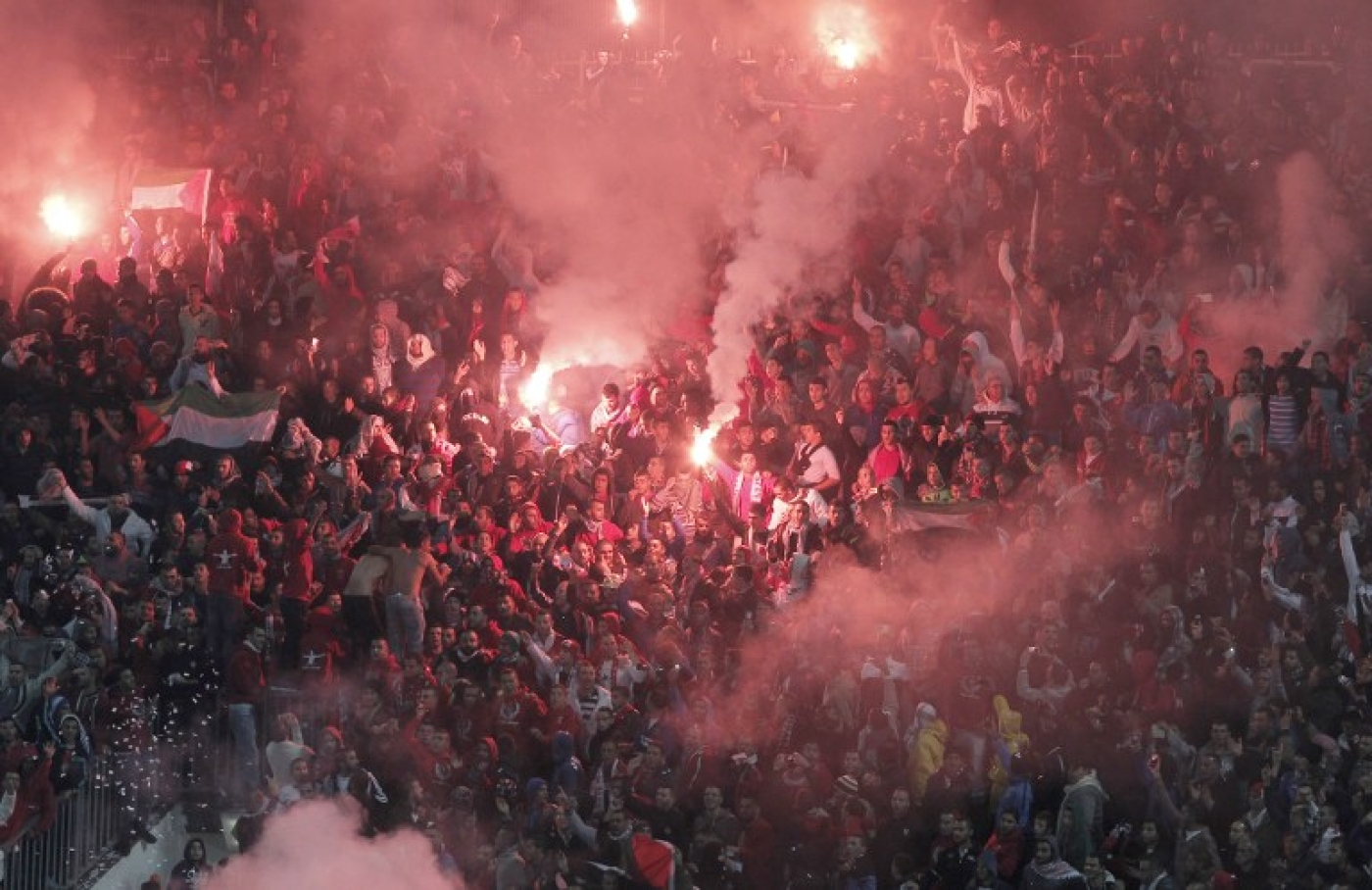 Arab-Israeli supporters of Bnei Sakhnin, the only Arab team in the Israeli premier league, light flares during a match on Nov 23, 2014 (AFP)
By
MEE and agencies

The coach of a major Israeli football team has said he would not allow an Arab player on to his squad because it would "heighten tensions" amongst fans renowned for racist behaviour.

"I do not think it's the right time, it would create tensions and only cause damage," Guy Levi, manager of Beitar Jerusalem FC, told Israel’s 102FM radio on Tuesday.

Levi, a former footballer who used to manage Israel's national under-21 football team, said he did not think any Palestinian citizens of Israel would want to play for the club.

“Even if there was a player who suited us professionally, I would not bring him in,” Levi said, "it would do more harm than good."

Beitar, who play in a black and yellow strip at Jerusalem's Teddy Stadium, are the only major Israeli team that has not featured an Arab player on its roster.

Members of a hardcore fan base known as La Familia are notoriously abusive toward opposing players, and routinely taunt them with racist and anti-Arab chants.

The club has been penalised numerous times for the behavior of its fans, which has included booing during a moment of silence for slain Prime Minister Yitzhak Rabin, singing songs deriding the Prophet Muhammad and physically assaulting Arab maintenance workers in stadiums.

Beitar - which has won six league championships and seven cup titles in its 76-year history - has historically been aligned with Israel's nationalist right wing. Its name, Beitar, comes from the Zionist youth movement that is linked to the ruling Likud Party.

Levi's comments on Tuesday proved controversial as former players and managers of the club have spoken out about the need to diversify the team and bring on Arab players.

Levi said his job was to “coach the team, not to educate anyone.”

Beitar Jerusalem manger Guy Levy ended his comments by saying, "now is not the right time to bring an Israeli-Arab." When is then?

Arabs, who make up about 20 percent of Israel's population, now star in the Israeli national team and in every first division team besides Beitar. Last year the league's top two goal scorers were Arabs.

The league's battle with Beitar - and the team's own struggle with its rogue fans - comes as world football is cracking down on racism.

FIFA and its European counterpart UEFA have long been under pressure to sanction or suspend Israel over pervasive racism.

But while other countries have suffered sanctions for racism, Israel has so far been given impunity.