Imad Ishtawi was shot in the head, says Gaza's health ministry, as Palestinians again gathered along the fence east of Gaza City 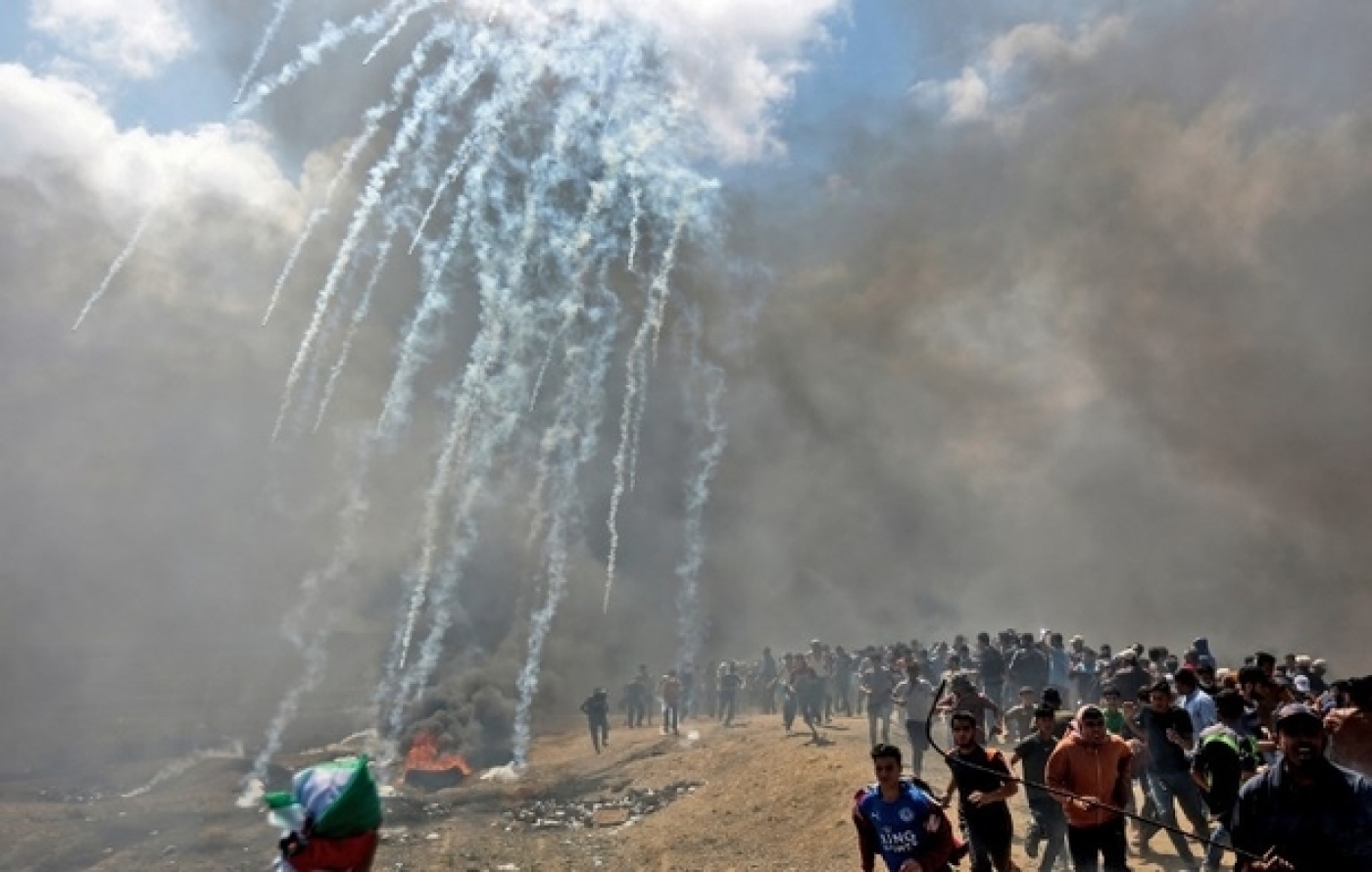 Israeli forces shot dead a Palestinian in fresh protests near the fence separating Gaza from Israel on Sunday, the enclave's health ministry said.

Imad Ishtawi, 21, was shot in the head, the ministry said, as Palestinians again gathered along the fence east of Gaza City late on Sunday in the latest in months of demonstrations.

The strip's rulers, Hamas, had been rumoured to be seeking a lasting truce with Israel but the indirect talks have seemingly stalled, with protests subsequently increasing in number.

In recent weeks, the largely peaceful demonstrations have also taken place at night, though with far smaller numbers than the regular Friday daytime gatherings.

At least 186 Palestinians have been killed by Israeli fire and more than 18,000 have been wounded since the Great March of Return protests began on 30 March. Palestinians are demanding for the right to return - under UN Resolution 194 -  to their land and homes they were expelled from when the state of Israel was created in 1948, in what Palestinians refer to as the Nakba, meaning catastrophe in Arabic.

One Israeli soldier was killed by a Palestinian sniper.

Israel has maintained a crippling blockade on Gaza for more than a decade, which it says is necessary to isolate Hamas.

On Friday, a Palestinian was killed by Israeli forces while participating in the demonstrations in the besieged Gaza Strip, the Gaza health ministry reported.

The Palestinian, identified by a ministry spokesperson as 25-year-old Karim Mohammed Kallab, died after being shot by live fire.

A further 312 Palestinians were reportedly wounded, including four in serious condition and one critical, during the protests on Friday that took place in several locations in eastern Gaza along the fence separating the Palestinian enclave from Israel.

Friday's demonstration took place under the title of "Breaking the siege Friday," as protesters denounced the continuation of the 11-year blockade on Gaza imposed by Israel and upheld by Egypt.