Omar al-Badawi, 22, was reportedly shot in the abdomen in a refugee camp during a march in memory of the late Palestinian president 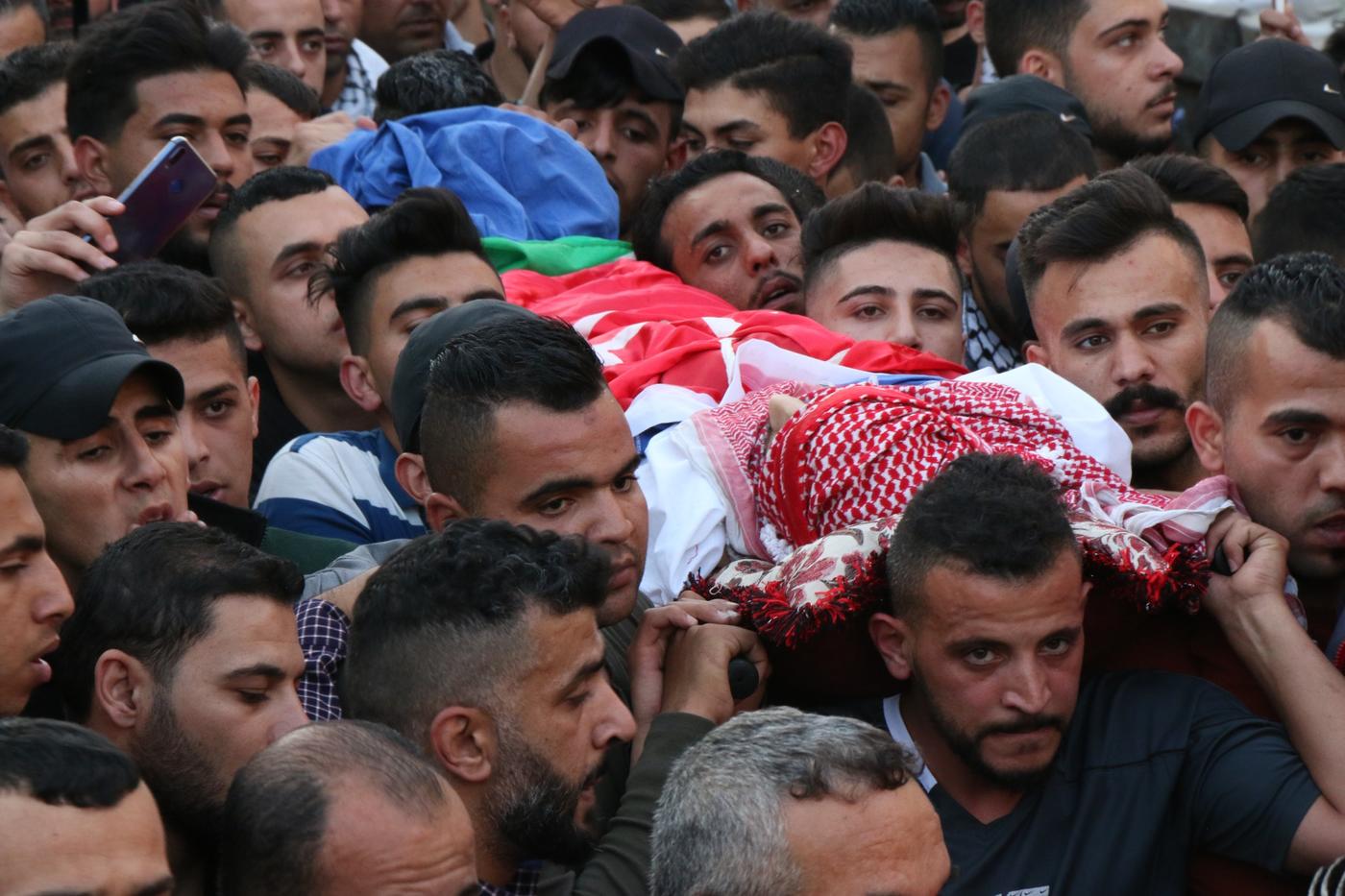 A Palestinian was shot and killed by Israeli forces on Monday morning in al-Arroub refugee camp in the southern occupied West Bank, the Palestinian Authority (PA) confirmed.

Official PA news agency Wafa reported that a Palestinian identified as Omar Haitham al-Badawi, 22, was shot in the abdomen at the entrance of al-Arroub during a march commemorating the 15th anniversary of the death of Palestinian president Yasser Arafat.

“There were protests in commemoration of Yasser Arafat’s death, like every year,” Mohammad Badawi, a 28-year-old cousin of Omar Badawi, told Middle East Eye. “Then the Israeli army entered the camp.

“Soldiers were firing live ammunition, tear gas and sound bombs into the crowd, and one of the tear gas cannisters exploded next to Omar’s house, causing a small fire,” Mohammad, 28, recounted. “So he stepped outside of his house to go see what was wrong. He was holding a bottle of water, and communicated to one of the soldiers that he was just going to put out the fire. The soldier immediately fired live ammunition at him in his abdomen and he fell to the ground.”

Footage published by Palestinian news outlet J Media reportedly showed the moment Badawi was shot at close range, as Mohammad estimated his cousin was some 50 metres away from the soldiers.

“Omar did not present any danger to them. You can see in the photos he was in his house clothes, still wearing his house slippers when he came outside,” Mohammad Badawi said.

In the video, soldiers are seen firing bullets and throwing tear gas cannisters, even as Palestinian journalists and civilians attempt to carry Badawi to safety.

“Omar al-Badawi was not throwing stones or participating in the protests,” camp resident Ahmad Muhammad Adawi told MEE. “He was just observing, standing at the entrance to his home when he was shot in his side.”

Mohammad Badawi said Israeli forces had closed off all exits to the refugee camp during the raid, forcing the vehicle transporting his injured cousin to go through lengthy detours before reaching a hospital.

“They tried to help him at the hospital but he died shortly after they arrived,” he said.

An Israeli army spokesperson told Middle East Eye that Israeli forces entered al-Arroub on Monday morning after Palestinians allegedly “threw stones at an adjacent road” during a “riot”. The spokesperson said they did not have further information on the circumstances surrounding Badawi’s death.

A permanent Israeli military checkpoint is located at the entrance of al-Arroub, according to the Applied Research Institute - Jerusalem, as residents told MEE that armed Israeli incursions were frequent.

“Al-Arroub camp is located at a strategic point for the Zionist occupation,” Adawi explained. “There are settlements around us and a permanent military base across the main road, constantly subjecting us to their attacks.

Wafa news agency added that another Palestinian was shot in the thigh in al-Fawwar, another refugee camp in the Hebron governorate, during a similar march commemorating Arafat’s passing.

Palestine Liberation Organisation Secretary-General Saeb Erekat called on the United Nations to "provide urgent international protection for Palestinians against war crimes committed by the [Israeli] occupation against civilians, including the most recent field execution of martyr Omar Badawi in Hebron".

As al-Arroub residents proceeded to bury Badawi on Monday afternoon, they remembered the young man as a beloved member of the community.

“Omar was a respectable guy, he would go out of his way to help anyone. He was extremely social, all of his friends and family loved him,” Mohammad Badawi said. “We as a family are devastated.”

“Omar was a friend to the whole camp. He was well known for his kindness and his good morals,” he said. “Everyone is shocked, especially at the way he was killed - the fact that they shot him directly with live ammunition while he was just standing there.

“The international community needs to wake up. Open your eyes to what is happening, not just here in al-Arroub but all over Palestine.”