A deadly shooting in Tel Aviv has shocked the city's residents, as a country-wide manhunt for the killer continues to prove fruitless 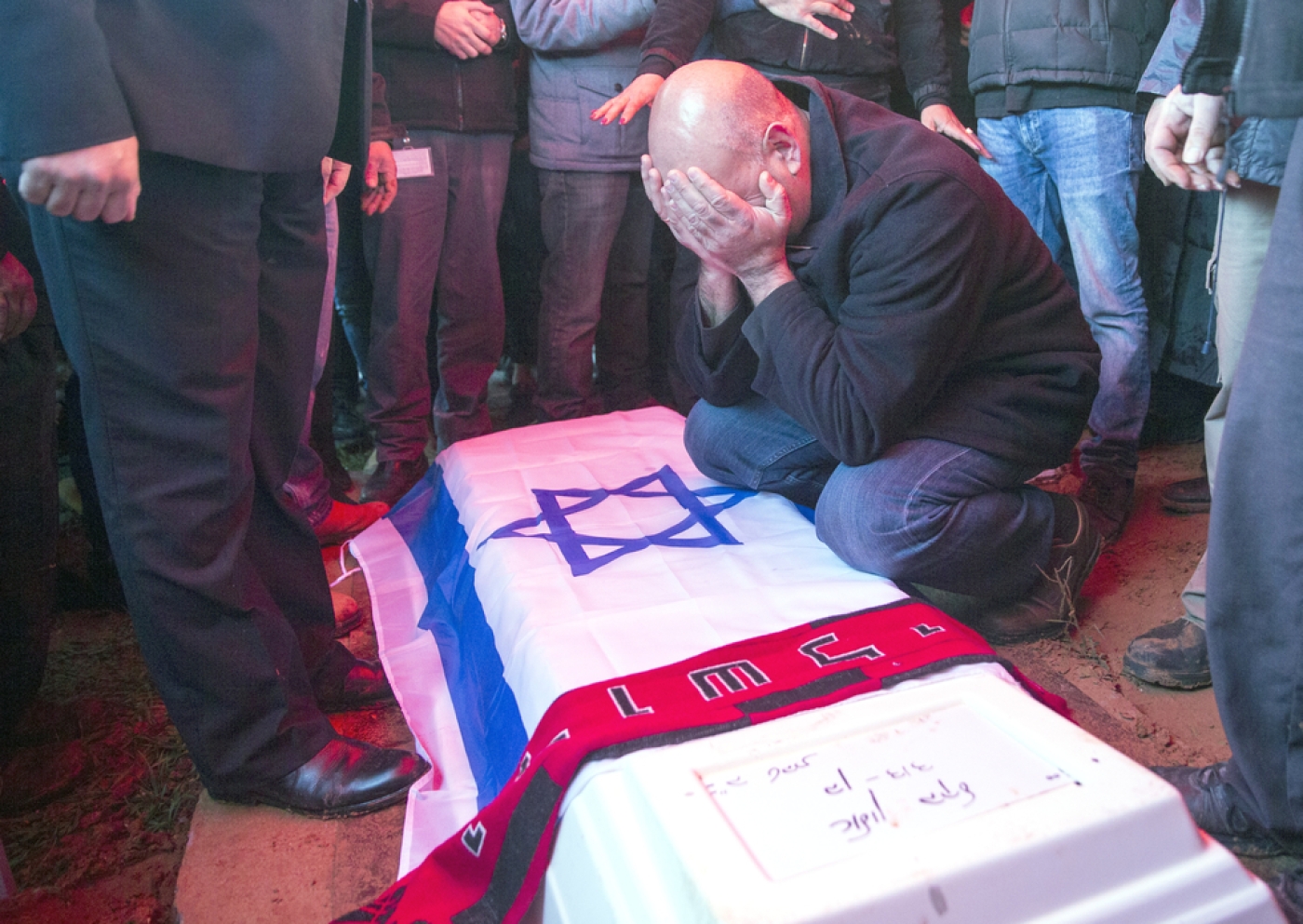 The father of Alon Bakal, who was murdered in a shooting attack at a central Tel Aviv bar (AFP)
By
Shira Rubin

TEL AVIV - When a Palestinian citizen of Israel opened fire on a pub in Tel Aviv on a bustling Friday afternoon, killing two and injuring several others, it put many in Tel Aviv on edge to see thousands of armed and unarmed security forces swarming their streets and scouring apartment buildings in a thus far unsuccessful manhunt for the killer.

Ilan Shaul, a 29-year-old who works in public relations, said: “It was shocking in that the attack was in my personal space, down the road from me, at places I frequent. The murdered people were my age, and could have been me or my friends.”

Shaul added that he still makes a point of going out so as not to “give in to terror”.

Four months of a so-called “individual intifada” has seen near-daily Palestinian shooting, stabbing and ramming attacks on Israelis. The attacks have so far claimed the lives of 20 Israelis since the violence began to escalate in mid-September. More than 130 Palestinians have died, most of whom Israel says were committing attacks; others were shot dead during clashes with troops.

The shooter in the 1 January Tel Aviv attack was Nashat Melhelm, a 29-year-old Palestinian citizen of Israel from the northern Israeli village of Arara. He has remained at large since he fled the scene. He is believed to have taken a taxi to his place of work, at which point he killed the cab driver and then drove to a nearby road and abandoned the car near a bus stop.

Footage of him in shooting-range protection goggles, rummaging around a natural health food store, before drawing an Italian-made gun on the pub indicates that unlike many previous Palestinian assailants, Melhelm’s attack was carefully calculated.

However, police have yet to declare whether they believe the attack to be terrorism, criminal, or, as some have speculated, inspired by the Islamic State group.

And while many are calling for increased deterrent measures and a greater need for guns in the hands of average citizens, Shaul says that such an incendiary atmosphere needs nothing less than more guns, especially in a crowded city like Tel Aviv.

“With all the hate going on, we have seen attacks on Arab and Jews mistaken as Arabs, by self-righteous angry vigilantes...there is hysteria.”

As to a solution, he believes that the government “has to beef up security but not worsen tensions between Jews and Arabs...like some of our Knesset members are doing,” he said.

Right-wing Likud parliament member Amir Ohana said that he would work to immediately loosen gun control laws so that every reservist without a criminal or medical record could carry a personal gun.

However, whatever the motivation, Shaul says that the massive deployment of security forces in residential areas of the city “makes me realise how vulnerable we are,” especially in Tel Aviv, where laid-back cafes and tree-lined streets give the false impression that the city is detached from the conflict.

According to a survey published on Walla News, the culmination of events sees 61 percent of Israelis reporting a decreased sense of security, and 71 percent saying that the government is not reacting to the violence sufficiently.

“However, we can assume that while the right-wing Israelis believe that the government needs to intensify the price that terrorists should pay, the left may say the opposite,” said Dr Kamil Fuchs, who conducted the survey.

Some 31 percent of Palestinian citizens of Israel express the same feeling of decreased security, and fear going out to public places because if they happen to find themselves at the scene of an attack they could be either a suspect or targeted, explained Dr Fuchs.

Prime Minister Benjamin Netanyahu has responded to the attack by blaming Israel’s 1.5 million-strong Palestinian community for maintaining a “lawless state within Israel”.

“Whoever wants to be Israeli must be Israeli all the way. I will not accept two states within Israel,” he said, giving vent to the divisions between Israelis and the Palestinian minority in Israel.

“There are enclaves without law enforcement, with Islamist propaganda, with plenty of weapons often fired during wedding celebrations, with constant crime,” said Netanyahu, repeating complaints often raised by Palestinian-Israeli politicians and citizens themselves, who say that Israel regularly neglects and marginalises their communities.

However, a poll conducted by Dr Mina Tzemach and published on the Israeli news site Ynet shows that if Israel were to hold a new round of elections today, Prime Minister Benjamin Netanyahu would likely fail to cobble together a coalition and keep power.

Netanyahu would only be able to form a coalition of 57 seats, instead of the 61 needed for the majority in Israel's 120 seat Knesset, while both the pro-settler Jewish Home party and the centrist Yesh Atid party would gain in votes, according to the poll.

Since the Friday attack, police spokesperson Luba Samri has sent out instructions that residents carry on their activities as normal, while remaining vigilant.

However, on the Sunday following the attack, the first day of the week in Israel, schools were under heavy security as the manhunt for the killer continued, with 50 percent of students in northern Tel Aviv staying home from school, according to the Tel Aviv municipality.

For Israelis like Talia Malek, a teacher in Jerusalem, while she trusts that security forces are doing everything in their power to protect citizens, she believes the government is not doing enough.

She would like to see the government increase security measures, including deportation of attackers’ families in order to “send a clear message that terrorism has a price,” she said.

“It’s obvious that these people do not value their lives, so we need to get at the root and really hit at where it will make a difference in a deeper way,” she said. 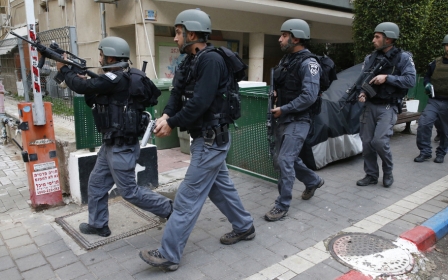