On an Istanbul campus, Turkish Afrin delight leads to arrests ISTANBUL, Turkey - An average university student, Deniz came to campus to meet friends on the morning of 23 March. Before she had finished her first cup of coffee, she found two plainclothes police officers either side of her.

Each took her by an arm, and carried her away in handcuffs, without explanation. When she was finally able to call a confused friend from police custody, the only thing she told them was to look after her dog.

"She didn't think she was involved in anything, she isn't political at all," Yaprak Damla Yildirim, who is in her fifth year studying critical and cultural studies at Istanbul's Bogazici University, tells MEE.

She didn't think she was involved in anything, she isn't political at all

"She was just drinking coffee, and they just took her away," Yildirim says.

"She was sitting with her friend, who is quite politicised, and she was just standing next to her, and that's why she was in the videos," later shared on social media, her friend says.
Police have arrested at least 21 students at Bogazici University, as raids continued on campus into their second week - 11 remain in custody and have not yet been charged. Turkey's emergency laws allow a person to be detained for up to a month before criminal charges are brought.
One of Turkey's most prestigious universities, Bogazici has become the centre of a controversy sweeping the country, reopening a fierce debate on the limits of free speech in the increasingly embattled country.

On 19 March, students from the Bogazici University Islamic Research Club (BISAK) set up a plastic folding table and began handing out the sugar-dusted gummy sweets popularly known as "Turkish delight", or lokum to Turks, to passersby.

The seemingly innocuous gesture may not have caught the attention of students walking past if not for a small sign, a piece of paper printed with the words "Afrin delight".

Gradually, witnesses recall, a crowd started to form as students began engaging with those handing out the lokum, debating Turkey's controversial military incursion into the Syrian enclave of Afrin, further complicating the conflict now in its eighth year.

"I think they prepared the table just to provoke, because Afrin is one of the topics that you can't talk about in Turkey nowadays," she adds.

But the events that followed, while unclear, have churned through the rumour mill, all the way to Turkish President Recip Tayyip Erdogan.

"There were local and national youth distributing lokum with Afrin in mind," Erdogan said in a speech at a party conference days after the initial events.

"When the youth tried to distribute lokum, those communist, traitorous, terrorist youth tried to break up their tables. We are doing all kinds of work on those terrorist youth. We will not give these young people the right to study in college," Turkish newspaper Cumhuriyet reported Erdogan as saying.

Stripping students of their right to education remains only a threat that Turkey's Higher Education Board is considering.

But doing so would be "the worst possible punishment", says a Bogazici professor, speaking to MEE on the condition of anonymity.

"Bogazici only accepts students who scored in the top one percent on the national university entrance exams, so they have worked hard to get here," the professor said.

A video shared widely on Twitter shows lokum scattered on the ground, while later, some pushing momentarily breaks out within the crowd of students in front of a table draped in a Turkish flag.

Other students later put up signs reading "there is no delight in massacre and occupation".

In the following days, some of the students who had attended the anti-lokum protest began noticing their names and faces being shared on social media.

"We saw posts on social media where there were comments like, 'In this one her face is more visible – take this one, we know who he is.' We assume they wanted to tell the government who to target and put them in prison. But there were a lot of comments – we became a trending topic in Turkey on that day," Yildirim says.

"Everybody was saying that those students are terrorists, that they support the terrorist groups in Afrin – so something as simple as a lokum disagreement became a terrorism issue, and they decided all of a sudden that [we are] terrorists since we are anti-war."

BISAK did not respond to multiple requests for comment.

Erdogan's comments are worrying because since November 2016 he is by law entitled to choose university heads based on a shortlist of three instead of appointing the person with the most votes in internal staff elections.

With a ubiquitous state of emergency passing 21 months, signs of dissent are increasingly rare - but some are still willing to speak out.

"We wanted to make a statement that people have the freedom to express their thoughts independent of the government's policies – they could be anti-war, or anti-AKP, but we couldn't even start reading it because the police came," Akan tells MEE.

The real conflict behind the tension on campus is Turkey's involvement in Syria, which has put Ankara at odds with its American allies, who back the YPG – a Syrian affiliate of the blacklisted Kurdistan Workers' Party in Turkey, the PKK.

The Kurdish militant group has called for "resistance" in Turkey – continuing a decades-long war against the Turkish state has killed more than 40,000 people.

A mere mention of the Afrin offensive or the PKK raises strong feelings on all ends of the spectrum in Turkish society.

Backed by Turkish soldiers, Free Syrian Army brigades began an offensive into Afrin in January, to oust the YPG from its borders neighbouring Syria. The YPG has fired rockets into Turkish border towns, killing civilians.

Human Rights Watch reported in late February that it had investigated the deaths of at least 26 civilians in Afrin. More than 150,000 have been internally displaced, and sporadic reports of looting by FSA fighters have inflamed opposition to Turkey's involvement.

"It's not surprising this polarisation is running so deep because the government very actively furthers it by this discourse of 'them and us'," says Constanze Letsch, a consultant for Human Rights Watch in Turkey.

But criticism of the government - dominated by Erdogan's conservative Justice and Development Party, or AKP - isn't limited to secular leftists.

Mehmet is a member of a Bogazici alumni group he describes as "an Islamist group, but not a usual one – it's in an opposition position against the AKP party", which put out a statement in support of the anti-lokum protests.

"As Muslims, we cannot celebrate death," Mehmet – not his real name, due to fear of retribution - says.

"We made our statement as a reminder to Muslim people and we call on them to show solidarity with the people being oppressed at Bogazici University."

Mehmet says that he wrote the statement with about 20 other Islamist students and alumni of Bogazici University.

But he sees the current character of religious groups on campus transforming to take on a much more pro-government bent than when he graduated three years ago.

"There are many other Islamist people who do not share the point of view of many Muslims in Turkey who voted for AK Party, we have some different positions," he says.

"But after the AKP finally gained power they forgot their religious beliefs, perspectives and thoughts and became part of AKP's agenda."

"In our text we said that freedom of speech is for every student, whether Muslim, leftist, rightist, even for nationalists, because if we cannot talk to each other freely without the fear of the state, we cannot solve anything else," he adds.

Freedom of speech is for every student, whether Muslim, leftist, rightist, even for nationalists, because if we cannot talk to each other freely without the fear of the state, we cannot solve anything else

While the Turkish constitution is clear on allowing freedom of speech, stringent anti-terror laws have criminalised thousands – at least 845 people have been arrested for social media posts and other protests criticising Turkey's latest military incursion in Syria.

In a single week, 783 people were investigated for cyber crimes ranging from supporting terrorist groups related to the Afrin operation to insulting state officials, according to the interior ministry.

"Bogazici has a strong institutional culture of freedom of speech - we call it the Bogazici culture," says Batuhan Durmus, a sociology student at Bogazici University.

"The value of being a Bogazici student is being tolerant of others' ideas. This is not the first time we have [had] political tensions on campus," Durmus says.

"But it is the first time we have students taken from their beds and accused of terrorist propaganda."

No room for nuance?

The students of Bogazici reject the idea that the conflict is as simplistic as "Islamist versus communist".

"If anything, it's about those who support AKP and those who don't," says Mehmet.

"It wasn't just leftists protesting – there were some, not many, but some Islamist people who do not support other Muslims in the Afrin war or other policies of the AKP party. They came together with leftist people and protested [against] other students who were supporting the war in Afrin."

"The crowd was diverse, it wasn't one single group," Durmus says.

"In my opinion, anyone who got involved in physical aggression, for any side, should be held responsible by the university discipline system. But to say it's terrorist propaganda, in a university environment… it's just shocking," he adds.

Protests in solidarity have continued on both sides – but with the latest events at Bogazici University, many students said they fear they are losing one of the last remaining bastions of free thought and discussion.

"In Turkey there is no room for differentiation between being anti-war and supporting terrorist groups. Bogazici University was one of the only places you could find some room for criticism. It was, until the Turkish society couldn't take it any more," Akan says.

"I am against all kinds of violence, but they claim that I ally with the terrorist groups in the mountains just because I say 'no' to war, which is just ridiculous," Yildirim says. "But that's the discourse in Turkey today, because of Erdogan."

"Personally I am ready for anything because I do not feel guilty at all," Akan says. 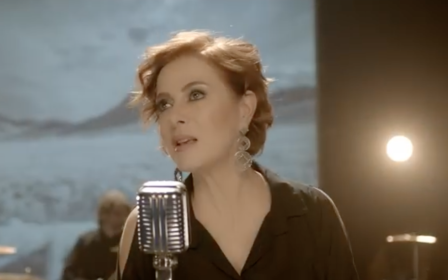