The Libya mission is set to be approved by alliance leaders at a Warsaw summit on 7 July, Italy's defence minister said Survivors of a migrant boat shipwreck wait an evacuation on an Italian warship, at the Catania harbour on 13 May 2014 (AFP)
By
AFP

NATO is three months from launching a naval mission off Libya under a controversial plan to close the Western Mediterranean migrant route to Europe and begin mass repatriations, Italy said on Monday.

The advanced state of preparations was revealed by Italian Defence Minister Roberta Pinotti as leaders of the US, Britain, France, Germany and Italy prepared to meet in Hanover, Germany for talks expected to touch on the migrant crisis and instability caused by the rise of the Islamic State (IS) group.

Modelled on an existing NATO operation in waters between Turkey and Greece, the Libya mission is set to be approved by alliance leaders at a Warsaw summit on 7 July, Pinotti said in an interview with Italian daily La Stampa.

The plan forms part of a broader Italian strategy to stop migrants using Libya as a launchpad for reaching Europe by flying those with no claim to asylum back to their home countries, which will be paid to set up reception centres to reintegrate them.

The plans have been slammed by rights groups and the EU has also come under fire from Pope Francis for what he sees as its arbitrary distinction between asylum seekers and economic migrants.

More than 350,000 migrants and refugees from all over the world have reached Italy on boats from Libya since the start of 2014.

Aid organisations say over half the arrivals have a clear right to refuge in Europe from persecution or conflict and many more have asylum claims worthy of proper consideration.

The people arriving by boat this year have however been overwhelmingly from sub-Saharan Africa - a region the European Union considers generally safe for people to be returned to.

"At the NATO level we have asked for Operation Active Endeavour to be recalibrated from an anti-terrorist operation in the Eastern Mediterranean to one which oversees the Libyan coast," Pinotti said, adding that the idea had been positively received.

Asked if she expected a green light at the Warsaw summit, Pinotti replied: "Yes, certainly for the coordination of missions in the Mediterranean. At this summit the proposal should become an effective decision."

NATO's operation to stop migrant boats reaching the Greek islands from Turkey is the first of its kind for the alliance.

An operation off Libya would be more complicated given the country's instability and the presence in some coastal regions of militants allied to the Islamic State group.

The NATO presence could act as a deterrent to traffickers putting to sea with their human cargoes.

But it is thought unlikely they would seek to turn boats back on the model Australia has adopted in recent years.

"It is worth remembering that Libya is not party to the Geneva convention and that conditions in its detention centres are appalling," said Libya expert Mattia Toaldo.

"I don't think NATO will turn boats back but I do think Italy will start flying people home direct from Sicily."

Pinotti said she would be seeking support for this "difficult" option at the Hanover talks involving US President Barack Obama and the leaders of Europe's four biggest powers.

"This is the road to follow, combined with respect for human rights and support for countries of origin to handle the repatriated," she said.

Any repatriations depend on readmission agreements being concluded with individual countries - something African leaders showed little enthusiasm for at a summit with their EU counterparts in Malta last year.

Libya's fledgling national unity government last week offered to enter into a Turkey-style deal with Italy to take back migrants, but such an accord is seen as a distant prospect because of the rights and safety issues.

Italy is preparing to lead a UN-backed peacekeeping force into Libya, if and when the new government is deemed to have obtained sufficient authority to ask for international help in stabilising the country.

Pinotti said Italy and several allies were prepared to guarantee the security of the force, expected to be around 6,000 strong. 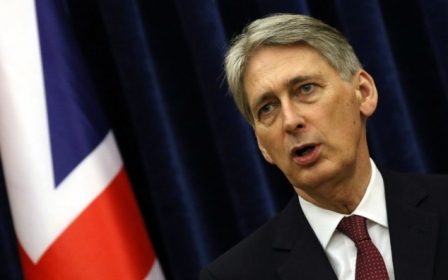