Labour confirms its leader will not impose whip on Commons vote, after release of poll showing most party members oppose bombing Jeremy Corbyn, the head of the UK's opposition Labour party, is to offer his MPs a free vote on whether Britain should extend its bombing campaign against the Islamic State group into Syria.

A vote on the issue in the House of Commons is expected next week, though Conservative Prime Minister has said he will only call a vote if he is certain that a "clear majority" of MPs will support the motion.

Cameron made the case for extending the bombing campaign during a speech to the house last Thursday, saying that it was a matter of national security.

Many predict that the decision to allow Labour MPs to decide their own position - rather than being forced to vote against in line with party policy - could make bombing more likely, since some Labour backbenchers and members of the shadow cabinet are thought to support extending air strikes against Islamic State.

Corbyn met his shadow cabinet for two hours on Monday, voicing his own staunch opposition to any air campaign over Syria.

Following the meeting a Labour spokesman said the shadow cabinet had "agreed to back Jeremy Corbyn's recomendation of a free vote on the Government's proposal to authorise UK bombing in Syria".

The statement highlighted "unanswered questions" in the Prime Minister's case for bombing, such as how an extended campaign would affect efforts to end Syria's civil war and which troops on the ground Britain would be backing in the anti-IS fight.

The Labour leader also asked Cameron on Monday for a two-day debate before any vote was held.

The shadow cabinet meeting came shortly after Corbyn's office released the results of a survey showing what it said was overwhelming opposition to bombing among party members.

The survey, ordered by Corbyn, received 107,875 responses, of which 64,771 were confirmed as full individual Labour Party members.

An analysis of 1,900 responses showed, with rounding, that 75 percent were opposed to bombing, 13 percent favoured air strikes and 11 percent were undecided.

Corbyn has faced rebellion from within the Parliamentary Labour Party for his stance on airstrikes, with calls from within for a free vote.

He refused to bow to demands on Sunday, and argued that MPs must listen to the "voice" of the party membership, stating that he alone would take the final decision on whether he would allow a free vote.

His supporters have urged him to impose the whip on MPs - meaning they would be ordered to back the party position.

"We have always been prepared to defend ourselves and we should do so on this occasion."

Cameron was defeated in 2013 when the Commons voted against a proposal to launch air strikes targeting Syria's President Assad in a motion brought after a deadly chemical gas attack killed hundreds of civilians. 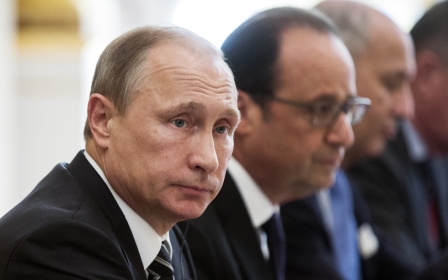