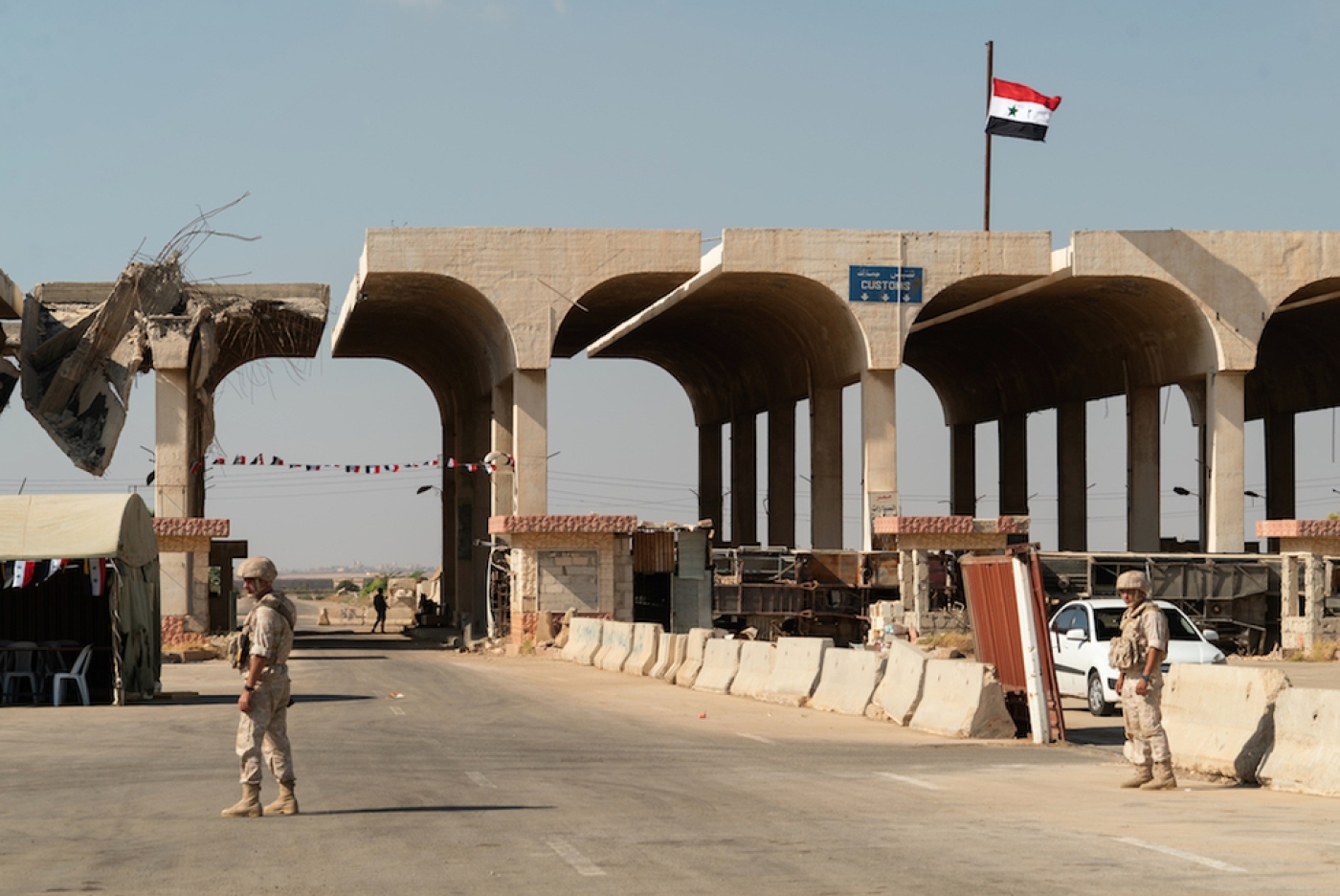 The main crossing point between Syria and Jordan, once vital for the transit of goods in the Middle East, will be reopened on Monday after three years of closure, the authorities of both countries said on Sunday.

The post, called Nassib on the Syrian side and Jaber on the Jordanian side, has been closed since 2015 following a decision by Amman.

Its reopening was decided after the Syrian government, with the help of its ally Russia, in July resumed control of the region bordering the Jordanian border, previously controlled by rebel forces.

In Amman, the State Minister of Media and government spokesman Joumana Ghneimat announced in a statement the reopening of the border crossing on Monday.

In Damascus, Interior Minister Mohammed al-Chaar announced the agreement with Jordan to reopen the border crossing.

He told the official Sana news agency that a Syrian-Jordanian technical committee had agreed at a meeting at the border post on Sunday "preparations and measures for the reopening of the crossing Monday".

Renovation work on the border crossing and the rehabilitation of the roads leading to it have begun to restore traffic and facilitate the transport of passengers and goods between the two countries, according to Sana.

After more than seven years of conflict, the Syrian government controls only half of the 19 crossing points with its neighbours Lebanon, Jordan, Iraq and Turkey.

Damascus, whose economy is in a shambles, should benefit from the reopening of Nassib, where before the war hundreds of trucks passed daily, transporting imports and exports and ensuring the connection between Syria and Jordan and the Gulf countries.

Its reopening will also be good news for Lebanese farmers and traders, whose commercial activities with the Gulf countries have been severely affected since its closure.