Teachers in Jordan continue protests in defiance of syndicate closure

Last week, the government shut down the teachers union after its calls for honouring a pay rise agreement 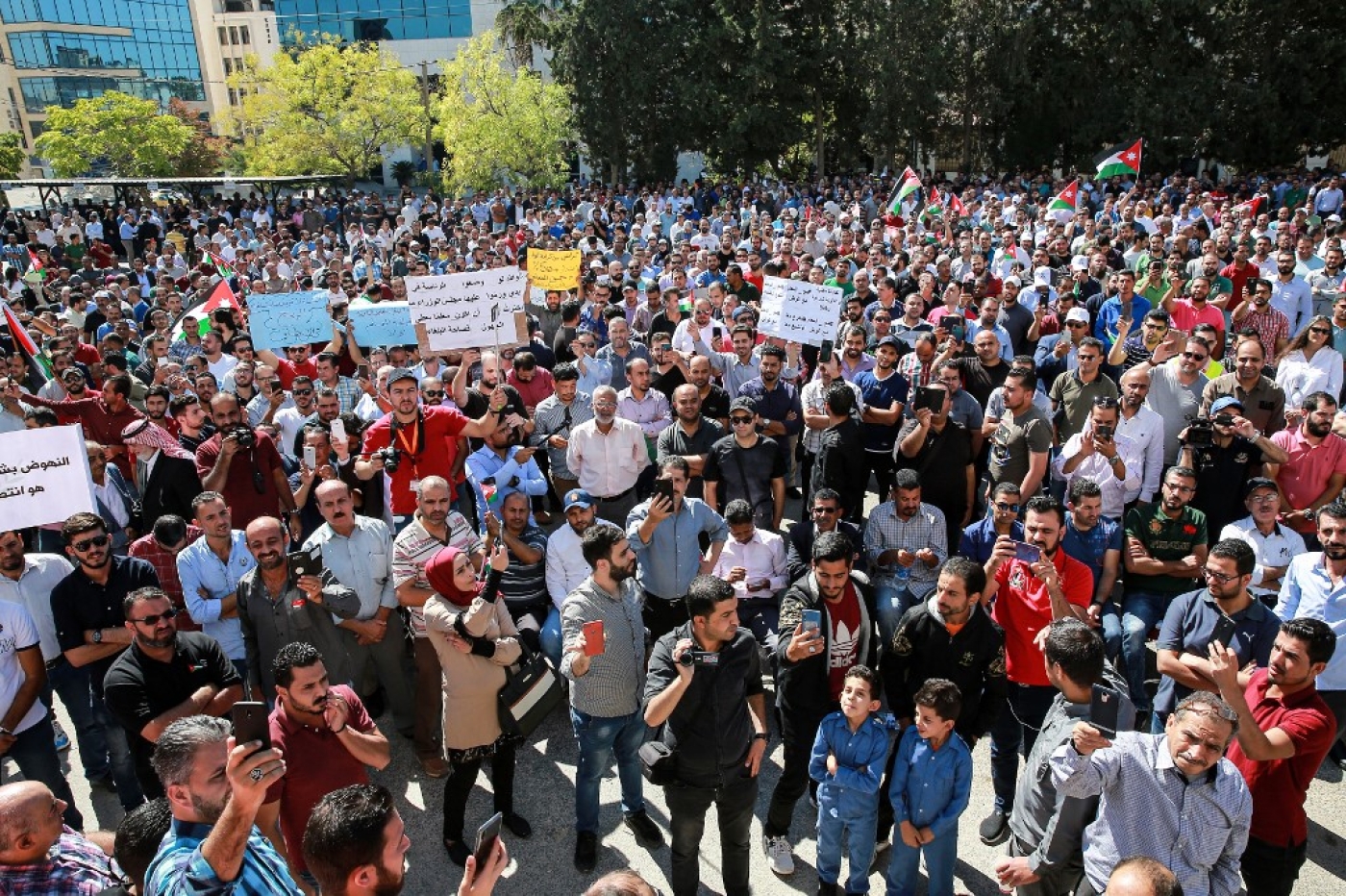 The teachers union went on strike last year, shutting down schools across Jordan for a month in one of the longest and most disruptive public-sector strikes in the country's history (AFP/file photo)
By
MEE and agencies

Jordanian teachers are set to continue protesting against a recent government decision to close their syndicate and detain its members in an unprecedented crackdown on the opposition-run union.

More than two thousand teachers took part in a protest on Saturday evening in the northern city of Irbid to defend the syndicate and call for the release of its board members.

“There is no progress by the government towards addressing the demands of teachers, and members of the syndicate board remain in jail,” the chairman of Irbid branch of the teachers syndicate told the Arabi 21 website on Sunday.

Protesters held banners which read in Arabic: “It is Eid, we are all with the teachers” and “Freedom to the syndicate board”.

They also chanted: "Our syndicate is legitimate. We will not be silenced. The teachers are on fire.” Others demanded the resignation of the government over its latest move against the teachers.

The protests come one week after a decision by the attorney general to shut down the teachers’ syndicate for two years and to arrest its acting chairman Nasser Nawasreh on charges of incitement. Nawasreh is believed to be detained due to a speech he delivered to supporters the previous Wednesday in which he accused the government of Prime Minister Omar al Razzaz of failing to honour a deal signed last October with the union.

The deal included a 50 percent pay rise, but that has been slashed with the government’s decision in April to freeze public sector raises due to the economic impact of the coronavirus pandemic.

Hundreds of teachers also protested in Amman prior to the crackdown, calling on the government to implement the agreement.

Authorities also summoned members of the union's council for questioning on "criminal and corruption charges," according to the official Petra news agency.

Some government officials have claimed that union leaders had an Islamist agenda, an accusation dismissed by the union as part of a smear campaign. 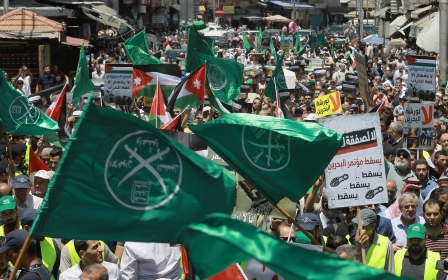