Former deputy minister says $2.5bn offer is an attempt to sway kingdom on Trump's 'Deal of the Century', but says it won't work 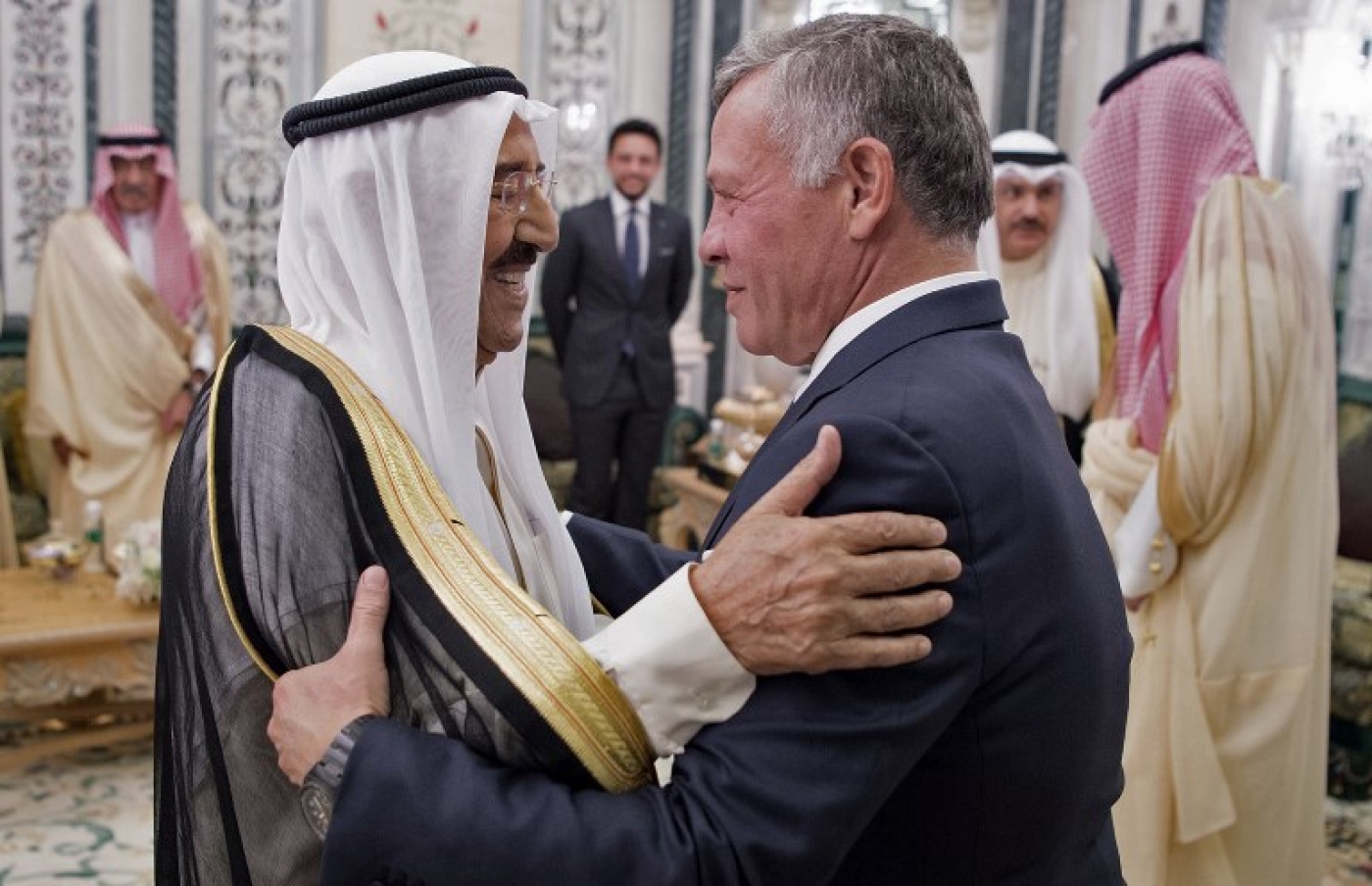 “Jordan was hoping to get grants, and not loans in the form of deposits that will have time restrictions as well as financial interest,” one minister, who asked to remain anonymous, told Middle East Eye this week.

'Jordan was hoping to get grants, and not loans in the form of deposits that will have time restrictions'

Instead, said a second minister, politicians see the proposal as a means to exert pressure on Jordan to support US President Donald Trump’s "deal of the century" for Israel and Palestine.

But, said former deputy prime minister Mamdouh al-Abadi, Jordan - host of the largest percentage of Palestinian refugees in the world and the custodian of Jerusalem’s holy sites – will not compromise its position towards the deal.

“Jordan will not allow any solution to the Palestinian cause that will negatively impact the kingdom," he said.

The aid package, offered by Saudi Arabia, the United Arab Emirates and Kuwait, was announced on Monday, after King Salman called a summit in Mecca and invited King Abdullah II.

The meeting came on the heels of popular protests in the kingdom against government austerity policies – including increases in income taxes and a fuel price hike - which were agreed with the IMF in order to secure a $723m credit line in 2016.

"In light of the close brotherly ties... it was agreed that the three countries would provide an economic aid package to Jordan totalling $2.5bn," the official Saudi Press Agency reported after the meeting.

According to SPA, the package includes a deposit in the Jordanian central bank, World Bank guarantees, budgetary support over five years and financing for development projects.

But the ministers and several analysts say the package is little more than a gesture, if not a political manoeuvre, or, as Hassan Barari, a political scientist at Jordan University, called it, a “down payment”.

“Saudi Arabia has used economic pressure on Jordan so that it accepts the vision of Jared Kushner, the adviser to US President Trump, and the Saudi crown prince," Barari said.

"But the steadfastness of Jordan in its rejection of this deal has ruined these pressure attempts and raised the cost to [Mohammed] bin Salman."

For Abadi, the former deputy prime minister, the structure of the package makes it clear that it will have little impact on the kingdom's finances.

Still others, including economic analyst and editor of al Maqar website, Salameh Derawi, said that while the package may not save Jordan, it will reduce the pressure on the government.

“The support will be a boost to Jordanians who will feel that they are not alone,” Derawi said.

The kingdom has long relied on Western support and Gulf financial aid to survive.

But since the projects ended in 2017, Gulf countries have not given any further support to Jordan, according to the Ministry of Planning.

During a meeting in January with university students, King Abdullah II hinted that the kingdom was being squeezed as a result of its position on the US decision to move its embassy to Jerusalem.

Earlier this week, newly appointed Prime Minister Omar Razzaz told political party leaders that Jordan “is under huge pressures to change its principled positions”, but didn’t elaborate on what the pressures are or who is applying them.

Now analysts say they believe the newly announced aid package could be an effort to coax Jordan into supporting Trump’s "Deal of the Century" which is expected to be announced in the coming months.

“This aid package is less than what is expected because it doesn’t resolve Jordan’s problem, but keeps them alive to be able to pressure Jordan at a later day to make compromises on the Palestinian issue or else the deposits might be withdrawn,” said Jordan University's Barari.

The support comes now, he said, because Gulf countries are worried that instability in Jordan may impact their own strategies. Jordan’s king has the support of his people - who oppose the Trump deal and hold Saudi Arabia responsible for the kingdom’s financial crisis – and this has given him leverage to extract support from their oil-rich neighbour.

Bassam Badarin, a political columnist with Al-Quds Al-Arabi, told MEE that the widespread protests in Jordan showed that the kingdom “can’t be penetrated whether from the Saudi coalition, the US or Israel”.

“The Gulf aid package committed in Mecca comes at a time that Gulf countries are worried that the democratic virus in Jordan will move to the Saudi club,” Badarin said.

Ahmad Shunaq, secretary general of the Constitutional Party, called on the new government being formed to explain the regional challenges facing the kingdom "especially concerning the Palestinian cause and the change in attitudes of some of the allies of Jordan” more clearly to the people.

Jordan, he added, has paid a “huge price” for standing up for the Palestinian cause and Gulf countries will be worried that the kingdom “will open up the gates and turn the tables on their heads”.

“If something bad happens, the gates of Syria and Iraq will be opened to the Arabian Peninsula,” he said. 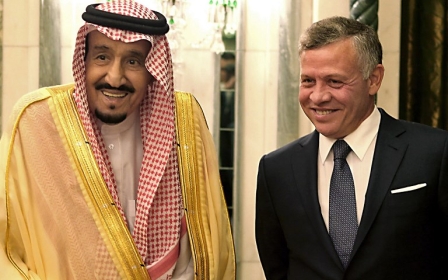