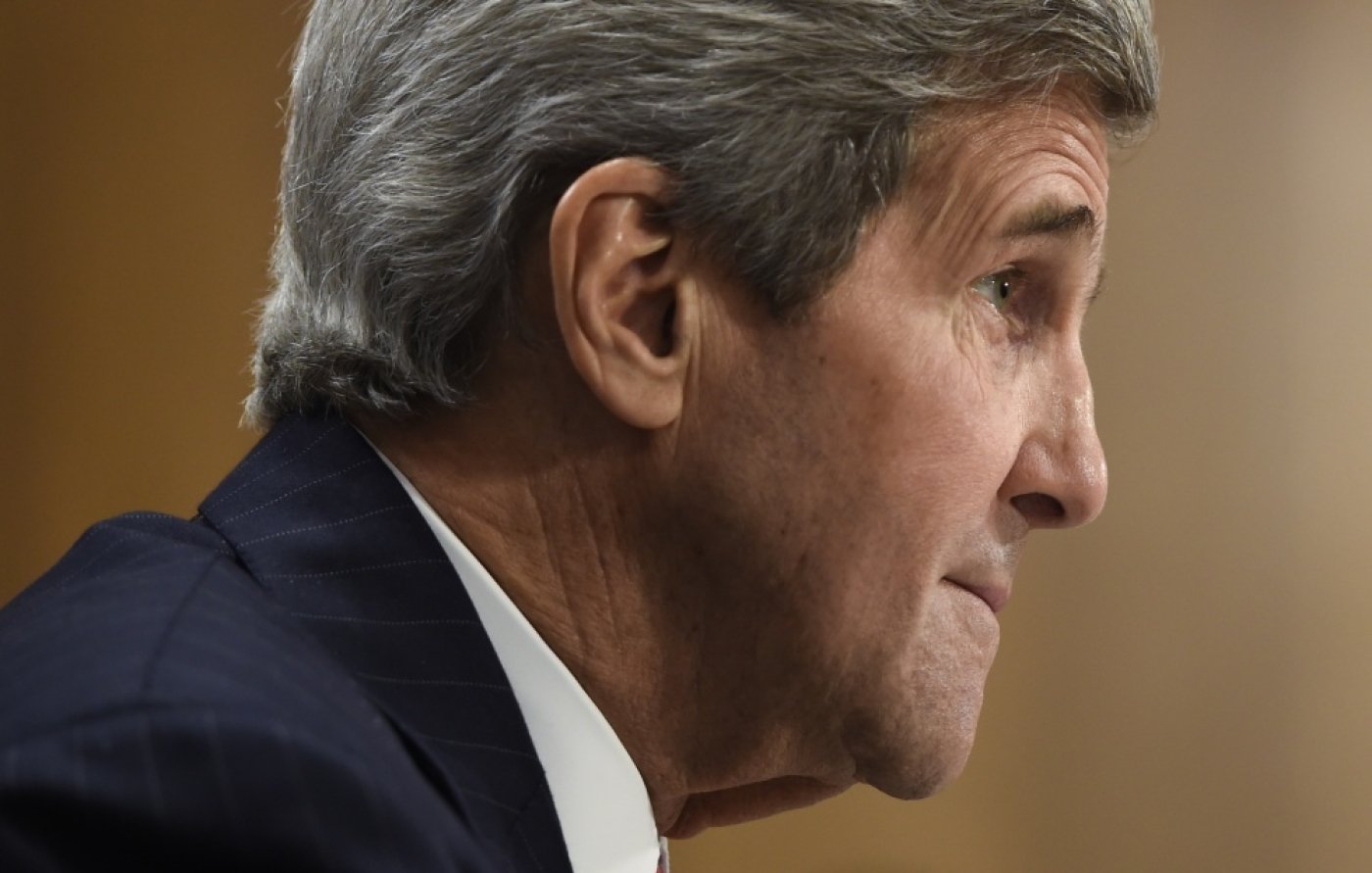 WASHINGTON - US Secretary of State John Kerry has openly criticised Israel for the feared collapse of the current Israeli-Palestine peace talks.

"Both sides wound out in a position of unhelpful moves," Kerry told a Senate Foreign Affairs Committee hearing on Washington on Tuesday. "The treaties were unhelpful and we made that crystal clear to the Palestinians. The prisoners were not released by Israel on the day they were supposed to be released and then another day passed and another day and then 700 units were approved in Jerusalem and then poof…"

An interim agreement was originally scheduled for the end of the month, but talks have stalled amidst growing tensions between the two sides, with Washington last month switching its priorities to extend the negotiation deadline. Issues including the Palestinian recognition of Israel as a Jewish state, as well as prisoner exchanges and the question of West Bank settlements have haunted the talks.

Kerry has come under growing criticism at home for the talks, with some commentators hinting that America is seemingly more interested in peace than either the Israelis or the Palestinians. Kerry was quick to dismiss these claims.

"I read about some who question why the secretary of state is engaged if the parties don't want to do it," Kerry said. "The parties do want to do it and are talking to each other to go over this hurdle."

Kerry added that the Israeli-Palestinian dispute is of concern to the entire world. "If we are not engaged now, it will not be easier to get a peace deal in the future," Kerry said. "It has an impact on life here in the US."

Kerry is now set to brief President Barack Obama regarding the talks, although it is unclear how much more political clout America is willing to invest in the conflict.

"There are limits to the amount time the president and myself can put into this considering the other challenges around the world, especially if the parties can’t commit to being there in a serious way," Kerry said.

Kerry's open position is a break with previous US-brokered negotiations that have tended to focus on Palestinian failures, rather than directly blaming close ally Israel. While Clinton is said to have privately blamed then Palestinian President Arafat for the breakdown of the Oslo Accords, his successor George W. Bush openly slammed Arafat as an "obstacle to peace."

The Israeli relationship with the Obama Whitehouse has been more tense, especially following the failure of Obama's first peace initiative in 2010, although Obama reaffirmed the close nature of the US, Israeli relationship last month during Netanyahu's annual trip to Washington.

Kerry's comments to the Foreign Affairs Committee come on the back of a specifically turbulent time for the talks which saw him cancel an emergency visit to Israel last week. On Sunday, Netanyahu broke his silence and accused the Palestinianians of harpooning the talks, although last-ditch US-facilitated mediation did take place on Monday between top Palestinian and Israeli envoys.

"At the request of the parties, the US facilitated a meeting between Israeli and Palestinian negotiators last night to continue the intensive effort to resolve their differences," US State Department spokeswoman Jen Psaki said in a statement.

"Gaps remain but both sides are committed to narrow the gaps," she added.

Palestinian President Mahmood Abbas is now is Cairo for emergency talks with the Arab League which are expected to start tomorrow.