Saudi brutality in Jamal Khashoggi case 'not new', says US-based professor calling for end to US support for Saudi-led coalition 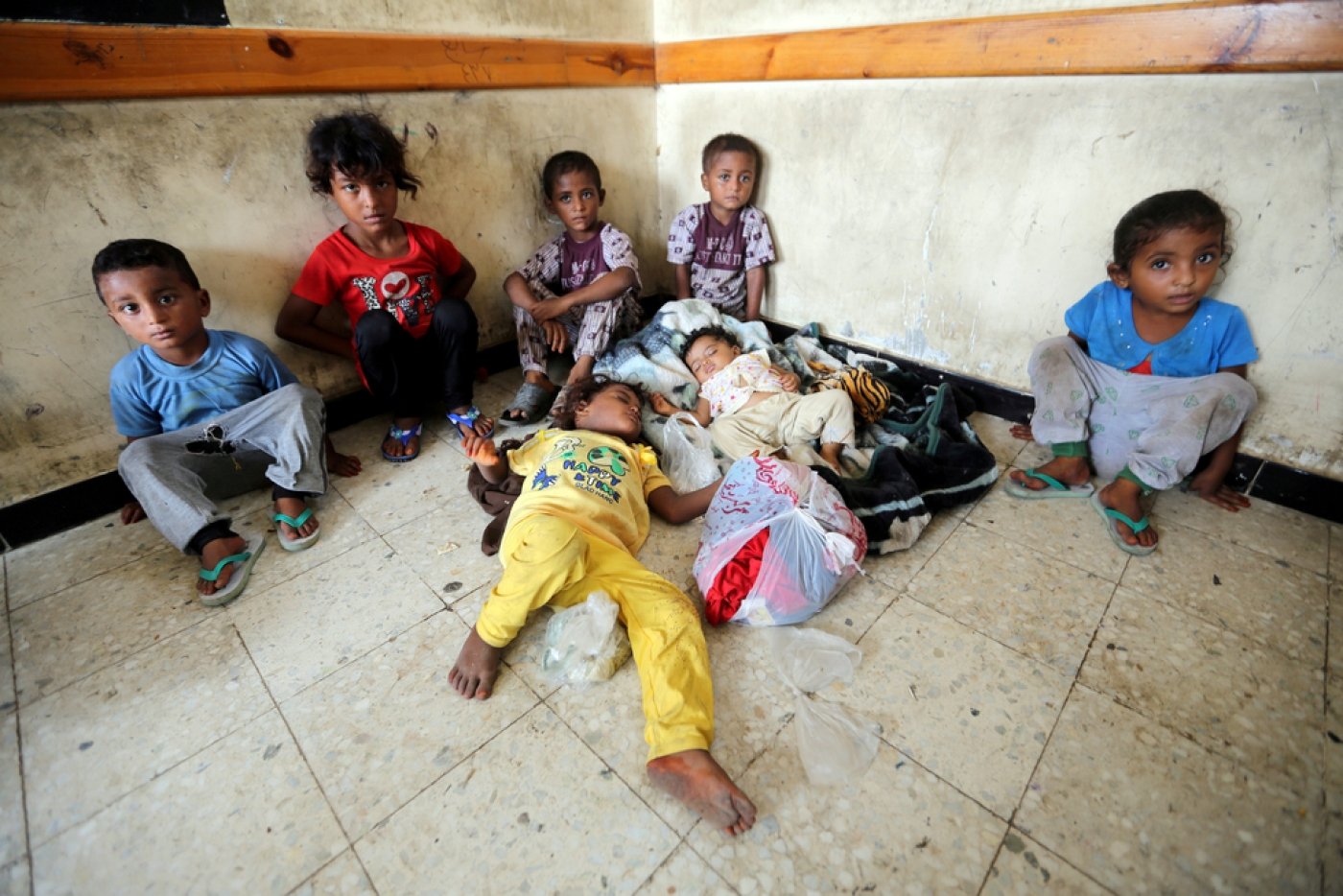 As many as 13 million Yemenis are at risk of starvation, UN said this month (Reuters/File photo)
By
MEE staff

The killing of journalist Jamal Khashoggi has shone a light on Saudi Arabia's human rights record, and the country's powerful crown prince, Mohammed bin Salman, like never before.

It has also created a renewed opportunity to push the United States to end its support for the Saudi-led war in Yemen, which has claimed thousands of lives and plunged the country into a humanitarian crisis in which millions of people risk starving to death.

"Honestly, this is the best chance. This is the only way the US can withdraw its support for the Saudis in Yemen," said Shireen al-Adeimi, an assistant professor at Michigan State University.

"Momentum is building against Saudi Arabia with their treatment of Khashoggi," she told MEE.

Part of that momentum comes in the form of a resolution - put forward by US Congressman Ro Khanna in late September, before Khashoggi disappeared - that calls for the withdrawal of US military involvement in the war in Yemen that had not been authorised by Congress.

The resolution builds on a previous motion that was passed in the House last November, but only after it was made non-binding amid opposition from key Republicans and Democrats.

However, "this time around, our coalition to end the war has expanded and the call for withdrawing US involvement is louder," Khanna, a congressman from California, said in a statement.

That support appears to have grown since Khashoggi disappeared on 2 October after entering the Saudi consulate in Istanbul.

Saudi officials have since gone back on their previous explanations for what happened, now saying the Washington Post columnist was killed after a fight broke out inside the building. They have yet to say where Khashoggi's body is, however, and their explanation has been widely criticised as not credible.

Currently, the US provides mid-air refueling for Saudi-led coalition warplanes that are conducting air strikes in Yemen, as well as targeting assistance, Khanna said.

If it passes, the resolution - which has the support of several key lawmakers - would force the US to end its military support for Saudi forces in Yemen within 30 days.

“The actions of the Saudi-led coalition in Yemen are fast-approaching the level of crimes against humanity,” said Democratic Congressman Jim McGovern in a statement.

“The United States must send a clear and unambiguous message to Saudi Arabia – their actions are unacceptable to the international community and will not be tolerated by the United States."

Saudi Arabia launched a brutal war in 2015 to root out Yemen's Houthi fighters, who had taken control of the capital, Sanaa, and ousted the government. A Saudi-led coalition has mounted a relentless bombing campaign since then, and it has been accused of war crimes, including targeting hospitals and schools.

As the war rages on, hundreds of thousands of Yemenis have been forced from their homes, and as many as 13 million people are at risk starvation, the United Nations said this month.

While estimates vary, at least 10,000 people are believed to have been killed - though some groups say the number of dead could be in the tens of thousands.

Despite this, MBS was welcomed in Washington with open arms in March, meeting top US business and political leaders, al-Adeimi said.

The annual Saudi investment conference - dubbed "Davos in the desert" - was also a great success in past years, drawing big names in the worlds of finance, politics and entrepreneurship to Riyadh, she said.

"This is the same government that has been brutally killing and starving Yemenis for the last three-and-a-half years. This is the same crown prince that began the Yemen operation," al-Adeimi told MEE.

"The brutality that we're seeing with Khashoggi is not new; this is just one example of what he's been doing since he took power."

Past resolutions have failed

Despite ongoing pressure on Riyadh to say what really happened to Khashoggi, resolutions to end US support for the Saudi war effort in Yemen have been tried before and failed.

In the most recent case, in March, the Senate voted down a bipartisan resolution that had called for an end to US military aid to Saudi-led coalition forces that had not been directly approved by Congress.

Al-Adeimi said she was hopeful, however, that this time a resolution can garner more support in the US Congress than ever before, especially from Republicans.

Fifty-six members of Congress have co-sponsored Khanna's bill. While the vast majority are Democrats, a handful of Republicans - Thomas Massie of Kentucky, Walter Jones of North Carolina, Peter DeFazio and Earl Blumenauer of Oregon and Ken Buck of Colorado - have also signed on.

"It's clear what [MBS is] capable of with just what happened with Khashoggi," al-Adeimi said. "If the 50,000 Yemeni deaths didn't do it, maybe this will do it."