More than 30,000 Iraqi Yazidis are reportedly stranded, without food and water, in the Sinjar mountains, near the Syrian border 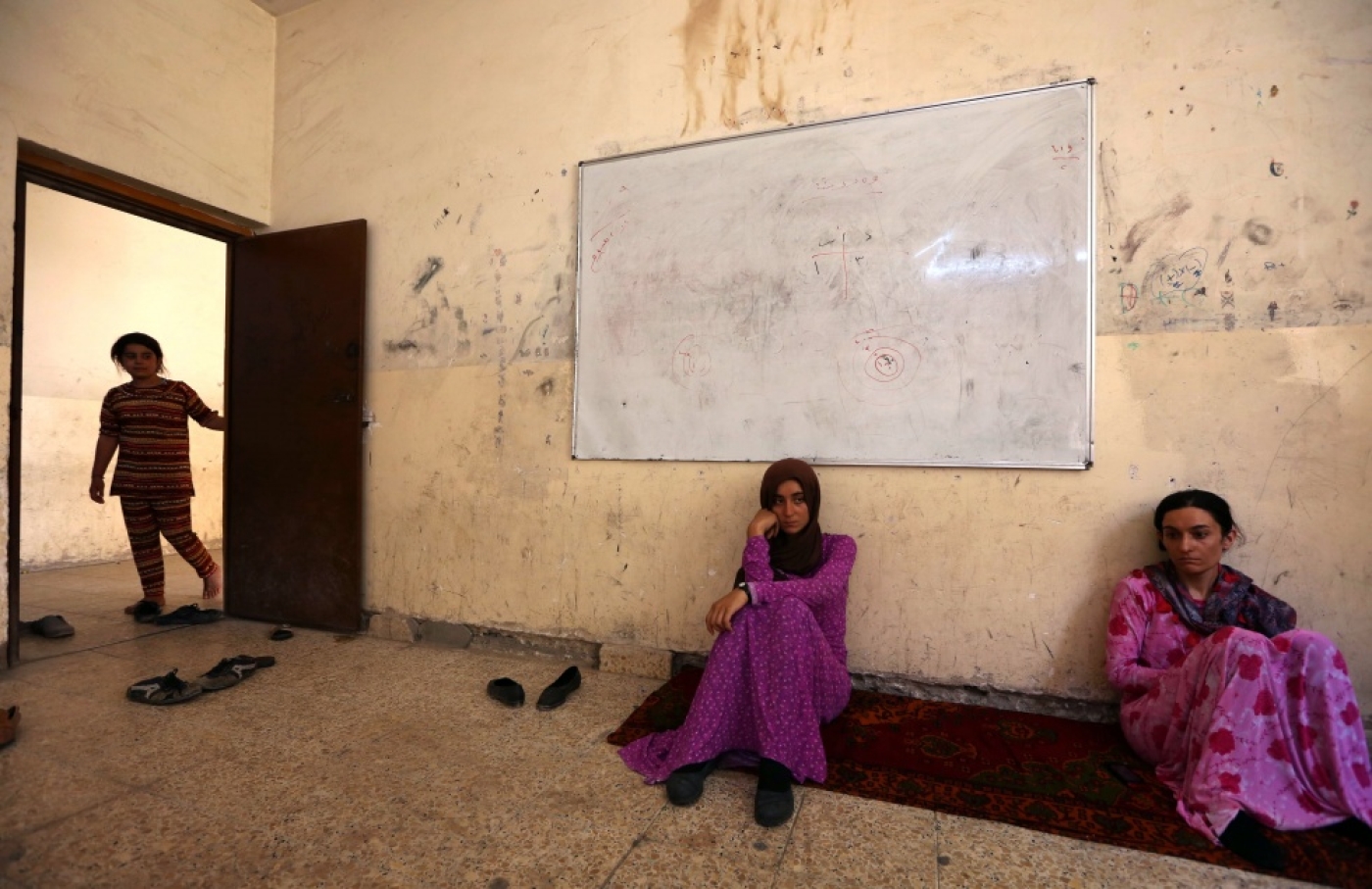 Iraqi Yazidi women who fled the violence in the northern Iraqi town of Sinjar, sit at a school where they are taking shelter in the Kurdish city of Dohuk (AFP)
By
MEE and agencies

Kurds from Iraq, Syria and Turkey attempted to reclaim areas lost miltants in northern Iraq on Wednesday and rescue over 30,000 of mostly Yazidi civilians stranded in mountains without food or water.

The civilians fled to the Sinjar mountains after an attack by the Islamic State (IS) group over the weekend, which led to the deaths of as many as 500 people from Iraq’s Yazidi religious minority, according to a Yazidi lawmaker.

The violence has sparked international concern and an emotional plea from Yezidi MP Vian Dakhil in Iraq's parliament earlier this week.

“We are being slaughtered under the banner of ‘there is no God but Allah," Dakhil said. “There is now a campaign of genocide being waged on the Yazidis.” 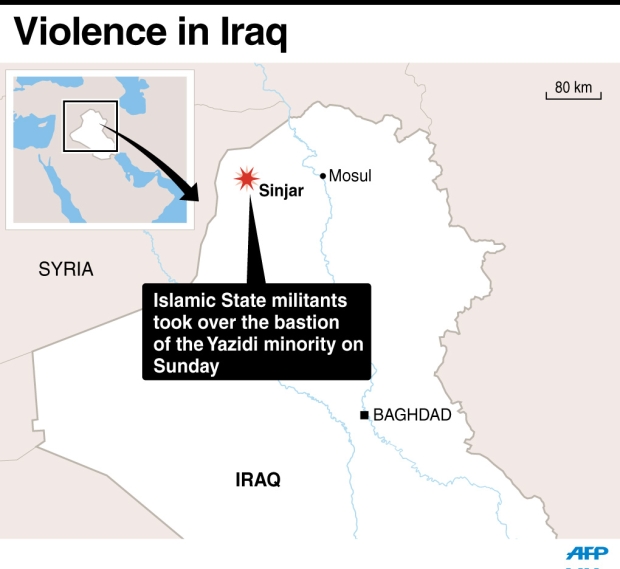 Dakhil pleaded with political leaders to put aside politics and offer the estimated 30,000 Yazidis reportedly without food and water for emergency help for the estimated.

“Brothers, leave all political disputes aside, we want humanitarian solidarity," she said.  "Speak here in the name of humanity: save us! save us!”

More than 70 people, including children, have already died from starvation and thirst.

Sinjar is the traditional home of the Yazidi, an ancient minority whose eclectic religious sect fuses Zoroastrian, Manichaean, Jewish, Nestorian Christian and Islamic elements. It is regarded as heretical by orthodox Islamic scholars.

In raids west and north of their main Iraqi hub of Mosul in recent days, IS fighters took over the towns of Sinjar and Zumar, further secured the border with Syria by seizing Rabia, and also captured several oilfields in the process.

As part of the fightback, an Iraqi government airstrike smashed a hole in a Mosul building that the IS militants had been using as a sharia court, Iraqi military spokesman Qassem Atta said.

Sixty militants have been killed, Atta said, and 300 prisoners, serving sentences for such violations as smoking or wearing Western clothes, set free by the strike.

Witnesses in Mosul confirmed the IS tribunal had been hit but more details were not immediately available.

A senior official from Iraq's Patriotic Union of Kurdistan (PUK) party said Kurdish fighting units from the homegrown peshmerga, the Syrian-based PYD and the Turkish PKK had agreed to share responsibility for the ongoing counter-offensive.

The fighters have already retaken Rabia, but it remains unclear how much progress has been made in Sinjar, Hallo Penjweny, the PUK's top official for the Mosul region.

Another PUK official warned it could be some time before all the civilians can be rescued.

"The PKK is working to open a safe passage for the displaced; it is not easy and it will require days," Harem Kamal Agha told AFP.

Eating anything they can find

Abu Abbas, a 50-year-old irrigation ministry employee who fled Sinjar to Kurdistan, told AFP about the plight of his children and other relatives trapped in the barren Sinjar range.

"The biggest problem now is that they have no food. They have started hunting small animals in the mountains and they eat anything they can find," he said. "Several children have died already and been buried in the mountain. All the women are giving their milk to the children, regardless of whether they are Yazidi, Muslim or Christian."

"The elders who know some old natural springs are searching the mountain but it's dangerous. On the other side, Daash (IS) is waiting for them. I think it will be difficult for any of them to survive longer than two or three more days," he added.

Abu Abbas said he had received scant information on Wednesday because his relatives' phone batteries had run out.

Iraqi government officials said 77 tonnes of food and water had been air-dropped since Tuesday.

The peshmerga are considered the most able military force in Iraq, but their regional government has been cash-strapped and they have struggled to hold the territory they captured when Iraqi soldiers retreated in the face of an initial IS onslaught two months ago.

Their withdrawal from Sinjar after hours battling IS militants, left civilians running for their lives. 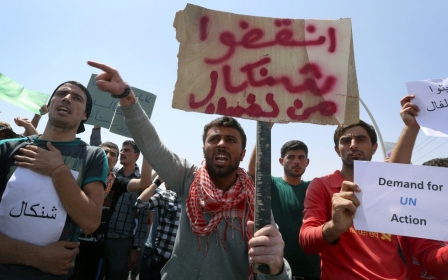 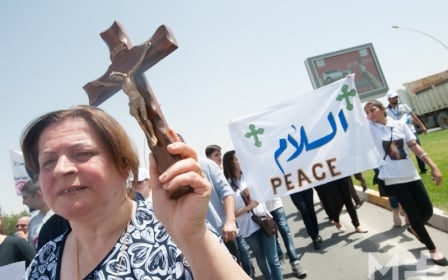