Critics once enjoyed liberties much broader than regional counterparts, but have been recently faced with tightening restrictions 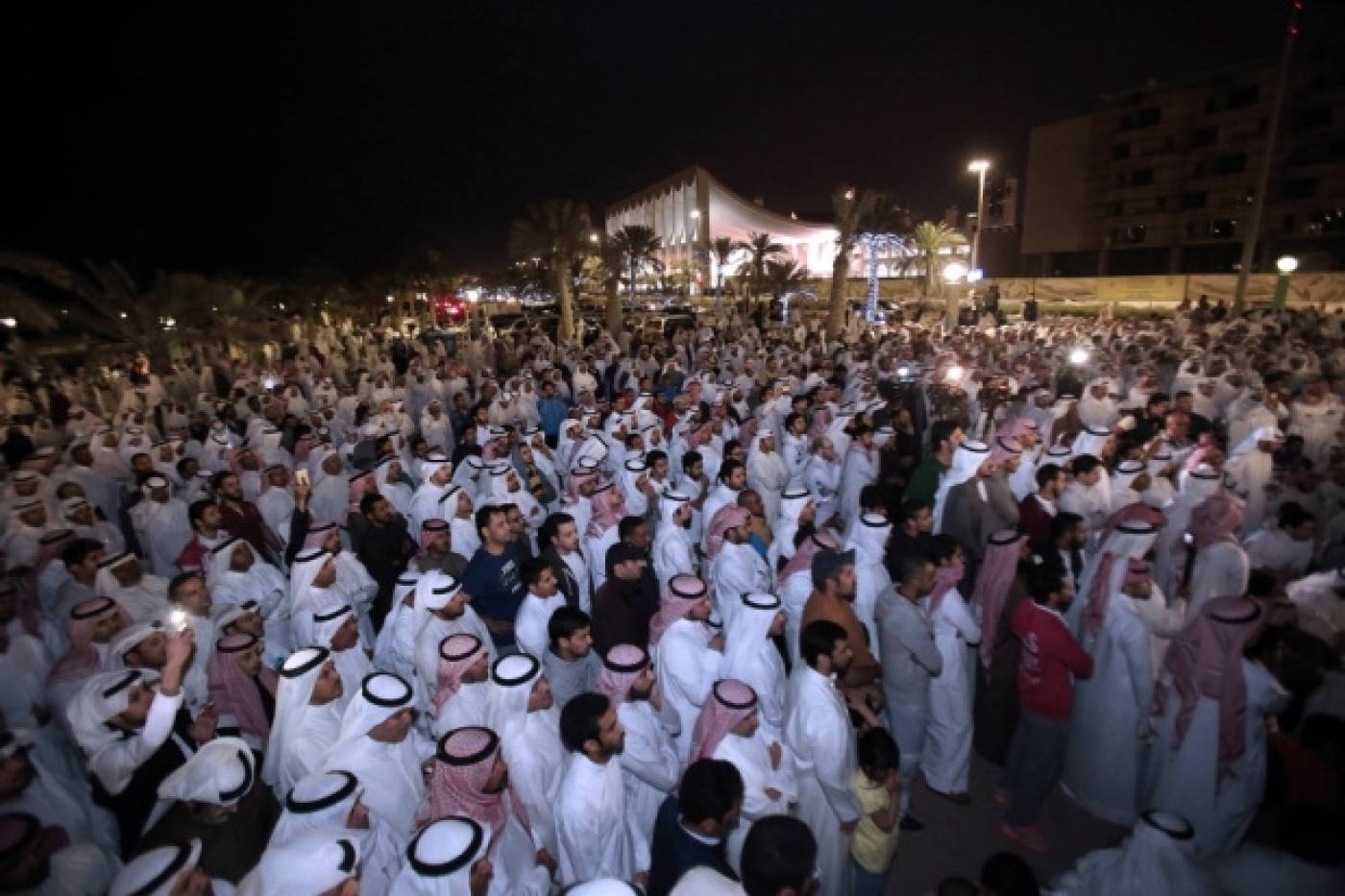 Footage of protests on 23 March in front of Kuwait's parliament - the country's emblem of a political system more liberal than its neighbours’ - showed once again how violence was used to disperse the crowd, as the state's political scene becomes ever more complex.

The largest protest in around eight months was sparked by demands for the freeing of prisoners of conscience and the reinstating of citizenship to critics, two methods deployed by the government to pressure a largely youthful opposition seeking to dissolve the incumbent parliament and cabinet.

The head of the liberal Civil Democratic Movement (CDM), one of the opposition groups, said these demands are only the beginning. "What we ultimately seek is a fully parliamentarian regime, a democratic emirate with an elected prime minister and cabinet," Tariq al-Mutairi told the Middle East Eye.

While the oil-rich state has escaped much of the political unrest that has hit the Middle East since 2011, Kuwait's potent opposition was inspired by the Arab Spring to resume political pressure that was at least five years ahead of the uprisings.

The diverse groups forming the country's opposition had a taste of their own "Arab Spring" in August 2011, when they got to change the then-premier, Sheikh Nasser al-Mohamed al-Sabah, a nephew of the emir, who he had firmly held onto his office despite years of political standoff.

Akin to the euphoria rippling across Tunisia, Egypt, Libya and Yemen, where protesters were gaining ground against autocratic political systems, Kuwait's opposition believed they were closer to getting an elected cabinet.

Since then, the crackdown on dissent has intensified in a state that was once more accepting of opposition than the other five members of the Gulf Cooperation Council (GCC).

According to a report issued by Human Rights Watch in February, the government has "aggressively cracked down on free speech throughout 2014, using provisions of the constitution and penal code, and laws on printing and publishing, public gatherings, and misuse of telephone communication, as well as the national unity law of 2013."

According to al-Mutairi, over a hundred people have been detained, convicted or prosecuted in political cases in the last couple of years.

The 35-year-old himself faces three cases, with a total of 14 crimes including attempts to overthrow the government by force and spreading false news. He said he was "kidnapped" by men in plain clothes who later informed him they were from state security. Similar stories were narrated by other activists.

"The ruling clique in Kuwait sees threats on the immediate horizon due to an ever-growing, better-connected and politically mobilised youth that is renewing its demands for more accountable government," Christopher Davidson, a specialist in Gulf Affairs at Durham University, told Middle East Eye.

The government has also established new ways to pressure critics. In 2014, 33 people were stripped of their citizenship for different reasons, including committing acts that aim to undermine the country's security and stability, and bring harm to its institutions.

Media outlets supporting the opposition were also shut down, and a new telecommunication law issued in May is being used to chase citizens using Twitter to criticise the state.

Among those are former parliamentarians, such Saleh Al-Mullah, who was arrested in January for tweeting against Kuwait's donation of billions in dollars to the Egyptian government days ahead of a visit by its President Abdel-Fattah el-Sisi. Activists Mohamed al-Ajmi and Tariq al-Mutairi face charges of using Twitter to insult Saudi's late King Abdullah bin Abdulaziz al-Saud.

On 2 March, Kuwait's ruler Sheikh Sabah al-Ahmed al-Sabah, 86, promised a zero-tolerance policy towards anyone who harms the country's relationship with other countries.

The most prominent and most recent incarceration was that of opposition leader Musallam al-Barrak. The former MP was given a sentence of two years in jail for insulting Kuwait's emir Sheikh Sabah al-Ahmed al-Sabah in a speech he made in 2012 where he vowed to stop him from practicing "autocratic rule."

"The authorities are seizing what they think is a golden opportunity to knock some heads together and quash dissent," said Davidson, author of After the Sheikhs: The Coming Collapse of the Gulf Monarchies.

Davidson said that "with an aging ruler and widespread allegations of corruption, coup-plotting and factionalism at the very top, the clique likely feels more embattled than at any time since 2011."

In November 2013, the oil-rich state's native population of 1.4 million was hit by the first reports of an alleged plot by high-ranking figures to overthrow the government. A senior member of the ruling family, Sheikh Ahmed al-Fahad, who was also a former minister, said he had audio recordings of former Prime Minister Sheikh Nasser al-Mohammed, and former Parliament Speaker Jassim al-Khorafi discussing the plans.

The case triggered controversy and deep interest among Kuwaitis, who broadly took sides, as the two former officials strongly denied the allegations, while the opposition used the case as a tool to support their demands for an elected government, pushing for accountability and an end to corruption they deemed deep-rooted among officials.

To curb the national hype over the case, the public prosecutor ordered a gag on media outlets, while investigating al-Fahad and al-Khorafi.

Over a year since the case emerged, and only earlier this month did the public prosecution decide to drop the case, in a development that further peaked curiosity. It was found that the recordings were not genuine and thus the possibility of a criminal act was eliminated.

Furthermore, on 26 March, Sheikh Ahmed al-Fahad appeared on national television to apologise to the Emir and the Kuwaiti nation for being misled, and for his "intentional and non-intentional actions."

“I offer my deep apologies and express my profound regrets for my recent prejudice, abuse and slander, intentional and unintentional, which were based on the information and documents concerning the interests of the country that I had received,” he said.

“I thought the information was correct and credible. But now that the competent judicial authorities affirmed they were not valid or correct, stressing the truth is a virtue.”

According to al-Mutairi, this development will impact the diverse groups forming the opposition.

"We were supposed to issue a joint statement calling for new protests next week, to press for our demands, but with these new developments, some groups opted to hold back," he explained.

Al-Mutairi also explained that his country's recent involvement in military action against Houthis in Yemen has prompted a number of opposition groups to decide against weekly protests, for now.

"But the CDM will continue its pressure. We may not be as influential as other, older groups, but we will keep calling for people's return to the parliament, rather than the streets," he said.

Kuwait's opposition have boycotted legislative elections since 2012 after Sheikh Sabah issued a decree amending the electoral law, a move they believe is unconstitutional and aims to reduce their numbers in the assembly. In the parliament before the decree's issuance, the opposition had 33 members out of a total of 50.

Groups like the Islamic Constitutional Movement (ICM), which is Kuwait's branch of the Muslim Brotherhood, al-Barrak's Popular Labour Movement (PLM), the Salafist al-Umma and others have resorted to taking to the streets since the boycott. While the oil-rich Gulf state bans political parties, these political groups operate like they are parties in structure.

"Since 2006, the opposition's pace has been fluctuating. We pick up pace and lose steam but we never drop the cause. We have legitimate demands and we will push for them," al-Mutairi said.

According to Davidson, as pressure continues, he expects "public space in Kuwait to be drastically reduced in the near future, with more sultanistic rulership and a police state likely to be implemented." 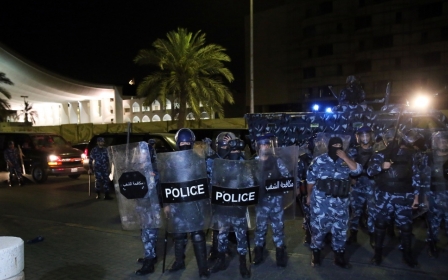 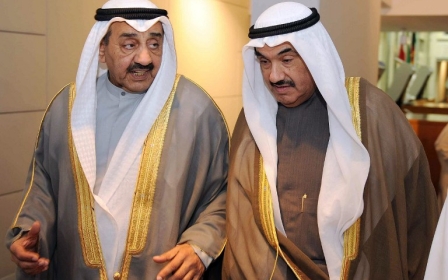 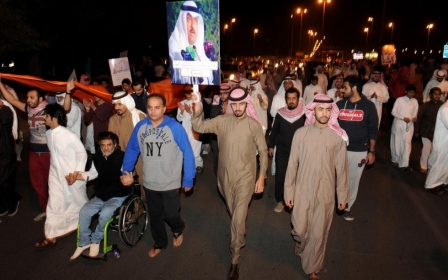