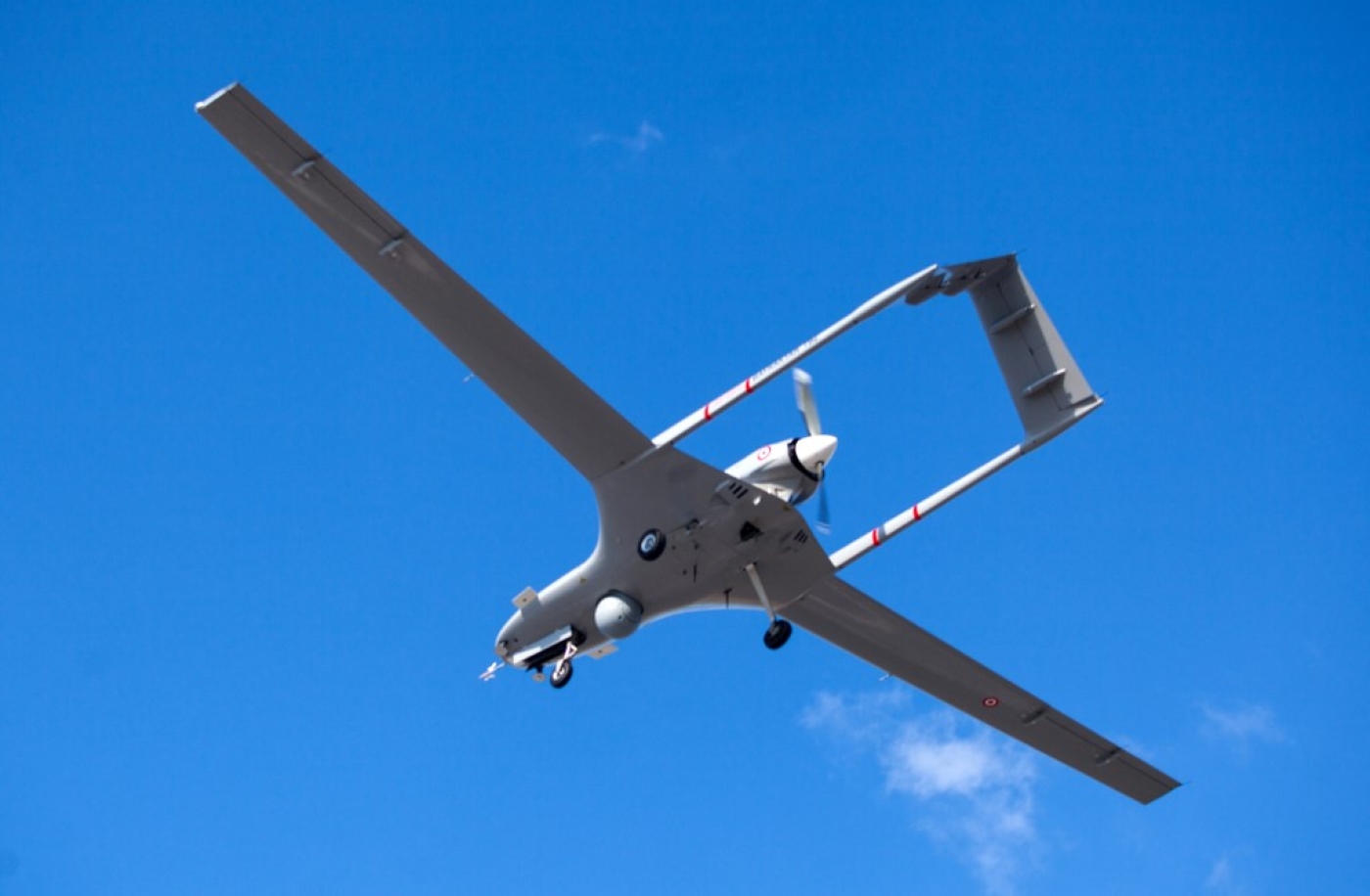 Kyrgyzstan’s chairman of the State Committee for National Security, Kamchybek Tashiev, said last month that Bishkek would complete the procurement but did not give any further details.

While the volume of the drones remains unknown, some reports suggested that Bishkek has already ordered three TB2s, produced by private Turkish drone company Baykar.

'Turkey is expanding its zone of influence in Central Asia'

Turkey has gradually been deepening its ties with Kyrgyzstan over the last decade, becoming the fourth-largest investor in the country with more than $500m in trade revenues, while the Turkish Cooperation and Coordination Agency (TİKA) spent nearly $25m in 2019 alone for the country’s development.

"Turkey is expanding its zone of influence in Central Asia," Mehmet Ozkan, professor at National Defense University in Istanbul, told MEE, arguing that this expansion was not "an attempt to create new fronts against Russia and China". Instead, he continued, "a new dynamic is emerging in Turkey's relations with Central Asia, in which inter-dependency, military cooperation and win-win situation exist."

In recent years, Turkish drones have gained popularity in the international market, attracting countries like Ukraine, Poland, and reportedly even the UK.

They have also spread to African shores. In late September, the first batch of Turkish armed drones arrived in Tunisia despite tensions in bilateral relations after Tunisian President Kais Saied seized control of the country in July.

Another country looking at Turkish drones is Ethiopia. While details have been kept under wraps as a result of the rift between Addis Ababa and Cairo over the Grand Ethiopian Renaissance Dam project, Reuters reported last month that Ethiopia and Turkey had reached a sales agreement. 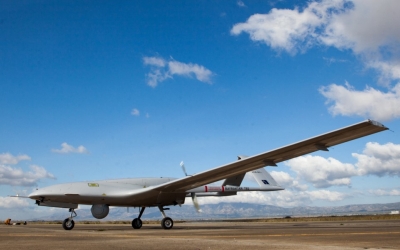 Turkey and its drones in Africa - a switch to hard power?
Read More »

This policy has been implemented with a strong emphasis on linguistic, ancestral, cultural and religious ties. Yet, apparently, it backfired as Turkey failed to abolish visa requirements for the region's citizens, and faced several challenges from the Turkic countries in its dispute with the Turkish religious leader Fethullah Gulen and his followers, who run several schools, businesses and have ties with senior officials in Central Asia.

One source, close to the Turkish defence ministry, admitted that the previous approach to Central Asia, in which Ankara regarded itself as a big brother, is not sustainable. "We [Ankara], of course, underline the importance of historical and religious commonalities. But what marks today as the beginning of a new era is the fact that we are expanding bilateral cooperation with these countries," the source told MEE.

Ozkan mentioned Turkey's support for Azerbaijan in the war with Armenia over the Karabakh region last year as a turning point. "The use of armed drones and Turkey's unconditional support for the Azeri government made other Turkic countries realise that Ankara would be helpful for a counterbalance against other international actors such as Russia and China."

'Central Asian states are aware of the fact that the West is not as powerful as before. So, they're looking for an alternative power against Russian and Chinese tutelage'

The same source added that the armed drone sale was an indication of a change in bilateral relations, adding that Turkmenistan was eager to buy TB2s. On its 30th anniversary of independence in September, TB2s were exhibited publicly in a military parade.

The armed drone sales came at the expense of rifts with other actors in the region.

A person familiar with the sale told MEE that neither Turkey nor Kyrgyzstan made an official statement due to China's uneasiness about this military cooperation.

China has been staunchly backing Tajikistan in its territorial dispute with Kyrgyzstan. The Tajik government has recently approved the construction of a new Chinese-funded base while handing full authority of a pre-existing Chinese military base to Beijing, in addition to another one in return for further military aid.

Although Turkey claims to be indifferent to conflicts in the countries to which it sells armed drones, the Ukrainian example showed that the use of drones can, in fact, drag Turkey into disputes. Russia had warned Turkey after Ukraine released footage of hitting targets with Turkish-made drones.

Can drones open a new era?

"Central Asian states are aware of the fact that the West is not as powerful as before. So, they're looking for an alternative power against Russian and Chinese tutelage. This power would be Ankara," Ozkan said. 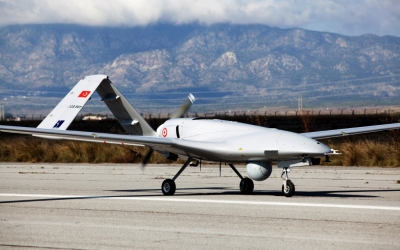 However, Andrea Schmitz, a researcher at the Berlin-based German Institute for International and Security Affairs (SWP) told MEE that "the intensification of relations between Turkey and Kyrgyzstan will not make a significant difference," due to the fact that Bishkek's government heavily depends on Russia and China for its economy and defence.

While Schmitz believes that the drone sales would not have a great impact on the region's geopolitics, she says it may contribute to increasing tension on the Kyrgyz-Tajik border.

Kyrgyzstan and Tajikistan have been in conflict for more than three decades over a disputed border region. That region, Batken, contains water resources that are scarce in the region.

Temur Umarov, a research consultant at Carnegie Moscow, believes that Bishkek's decision to procure armed drones from Turkey is also relevant to its domestic politics. He said Kyrgyz President Sadyr Japarov was trying to reconfigure his country's foreign policy following the clashes with Tajikistan at the border, referring to incidents in May this year that resulted in the death of at least 31 people.

"Japarov feels the pressure to restore its reputation, and therefore is implementing a tougher and more aggressive foreign policy."

Umarov disagreed that this sale would mark a new beginning in the region. Nor would it be regarded as a turning point for Central Asian politics, since Turkey cannot compete with Russia or China as a game-changing actor, he said.

However, Umarov also underlined that Turkey's involvement in military cooperation should be seen as Central Asian countries' "attempts to counterbalance the dominance of Moscow and Beijing". 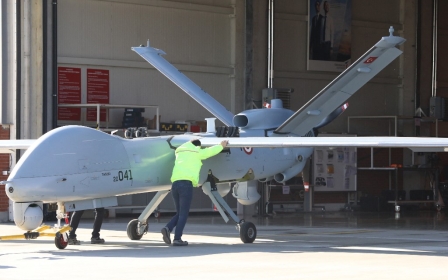 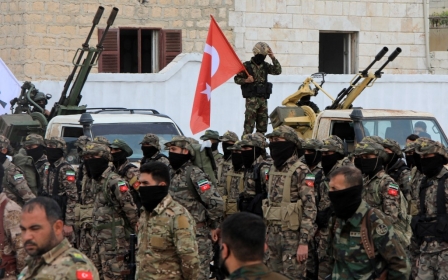 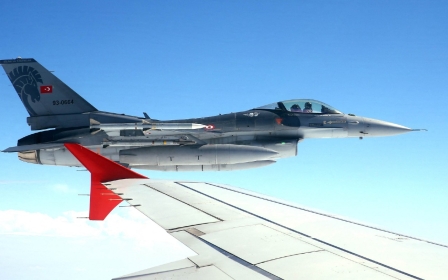