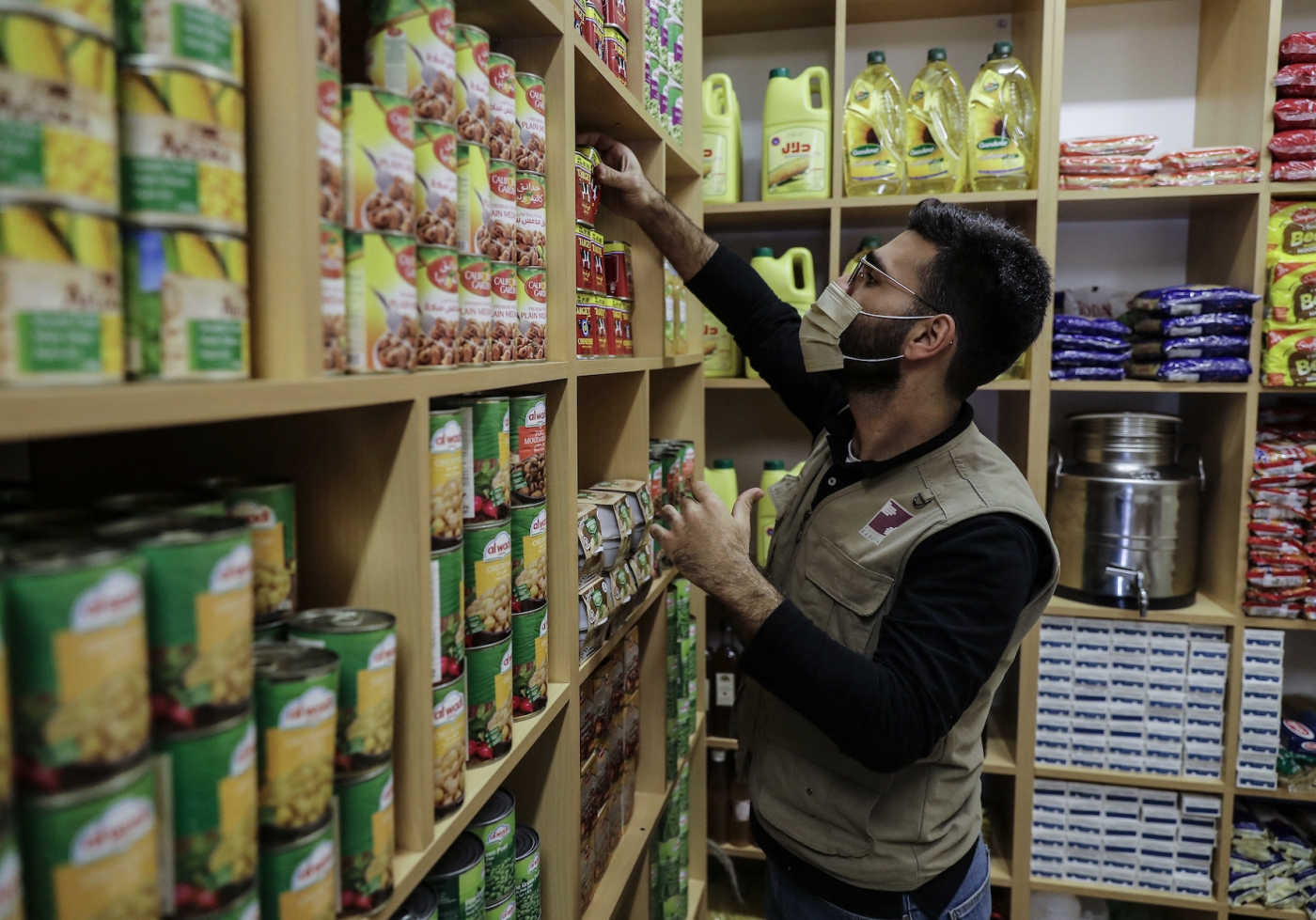 According to the Reuters article, people in Lebanon are becoming vegan "out of necessity" (AFP/ Joseph Eid)
By
Nur Ayoubi

Lebanon's deepening economic crisis has left large swathes of the country in absolute poverty, with many struggling to get enough to eat.

Yet when the Reuters news agency published an article headlined, "As meat prices soar, veganism fills the gap for some", many Lebanese reacted with outrage.

People in Lebanon are taking up veganism “out of necessity”, the text of the article says, due to the fact that many are unable to afford meat or chicken.

Yet many commentators felt the news organisation was suggesting that veganism was a lifestyle choice for people, rather than because of the dire financial situation in a country whose currency has lost 90 percent of its value since October 2019.

“That diet is actually called famine,” wrote one user while others were taken aback by the article’s headline.

This headline blows my mind. It is not VEGANISM if people cannot AFFORD to buy meat or dairy products anymore. #Lebanon https://t.co/mzbn6Cqvor

Some opted for satire, tweeting their own take on the headline, with one user tweeting, “As gasoline becomes scarce, Lebanese are opting for healthier options such as walking and riding their bikes to work.”

Others appeared angered by the implications of the article.

“It is not veganism nor a healthy alternative if 30 percent of Lebanon's children are sleeping hungry. Thank you for the great journalism,” one tweet read.

Completely tone-deaf. Sure, let’s call it “veganism” when one hasn’t been able to afford meat for over a year and is starving in poverty, barely able to scramble together a meal. Cruel to say the least. https://t.co/zOr0kkcS2l

Meatless food options are now becoming necessary for many Lebanese citizens who are unable to afford chicken or meat with the rocketing prices of produce.

The article goes into detail about the country’s dire financial crisis and the negative impact it has had on Lebanese citizens.

The work of the youth-led organisation BaseCamp Beirut, which aims to provide essentials to those in need following the devastating port blast, is highlighted in the piece. They had been delivering hot meals to households daily which included protein.

With prices rising, this was no longer possible and now volunteers reportedly deliver food boxes rather than hot meals one to three times a month, but with no meat or chicken.

The group joined forces with the Lebanese Vegans Social Hub, which promotes the vegan lifestyle, to provide vegan meals. The Social Hub believes that for the people of Lebanon, vegan meals could be the solution.

“Every animal product can be substituted by vegan food and it's cheaper in this economic situation,” activist Roland Azar told Reuters.

The group took to Facebook following the publication of the article to thank Reuters for covering the rise of veganism in the country, saying: “We can’t thank enough *everyone* contributing to this, for sharing a bit of positivity in those extremely harsh times.”

On Tuesday, Lebanon’s Prime Minister Hassan Diab warned that the country is days away from large-scale social unrest amid the worsening financial crisis.

The World Bank has warned that the recession could eventually rank as one of the worst globally since the 1850s.

Lebanon’s economic crisis began in August 2019 and was aggravated by both the Covid-19 pandemic and the 2020 Beirut port explosion.