For the first time since 2013, Egyptian citizens in the North Sinai governorate near the besieged Gaza Strip can move from one city to another easily, after the army finally removed roadblocks and security checkpoints, London-based Al-Araby Al-Jadeed reported.

A government source in North Sinai revealed that the Egyptian army decided to relax restrictions on movement between cities in the Sinai, especially in Rafah, Sheikh Zuweid and al-Arish, according to the newspaper.

The source added that the decision came within the framework of a new security plan seeking to pursue Islamic State (IS) cells outside city centres “in a manner that does not harm the interests of citizens and their movements, especially in light of ongoing stability at the security level in the past months".

Since 2013, the Sinai Peninsula has been closed off by the Egyptian military, with journalists prevented from entering the region.

The army has destroyed at least 12,350 buildings and closed off 6,000 hectares of farmland, mostly since mid-2016, with thousands estimated to have been displaced more than once, according to Human Right Watch, which has called the mass home demolitions “likely war crimes”.

Cairo has justified the demolitions and evictions as necessary in its fight against Wilayat Sina, a local IS affiliate responsible for attacks against civilians and military targets.

Well-informed sources said on Thursday that Lebanese President Michel Aoun was secretly negotiating with Saudi Arabia to appoint a replacement for Prime Minister-designate Saad Hariri, amid an ongoing crisis in the formation of a new government over the past seven months, Arabic Post reported.

The sources said Aoun sent his adviser, former minister Salim Jreissati, to visit Saudi ambassador to Lebanon Walid Al-Bukhari and inform him that the president prefers to have Riyadh involved in selecting a prime minister who enjoys Saudi support

Long supported by Saudi Arabia, Hariri has faced discontent from Riyadh, according to Arabic Post.

Jreissati asked Bukhari to suggest to Saudi Arabia the possibility of selecting alternative names to head the Lebanese government, in a sign that Hariri’s appointment as premier is facing growing rejection by the main countries in the region.

The Bahraini foreign ministry has responded to a report issued by Reporters Without Borders (RSF) calling for the release of blogger Abduljalil al-Singace, who has been imprisoned for ten years. Bahrain's foreign ministry said that Singace, 59, "incited against the regime and tried to overthrow the Bahraini monarchy by force in the service of a foreign country," according to Al Khaleej Online.

Singace was among those detained during the 2011 uprising in Bahrain, which was brutally repressed by the government, for his writings on Manama’s crackdown on political opposition and human rights.

He was sentenced to life in prison in June 2011.

“We call for an end to Abduljalil al-Singace’s detention, which has gone on for too long,” RSF Middle East desk head Sabrina Bennoui said.

“His health problems require special attention, and the authorities should free him for this reason alone, if no other. But his long jail sentence is extremely unjust, like the sentences passed on all the other journalists imprisoned in Bahrain.” 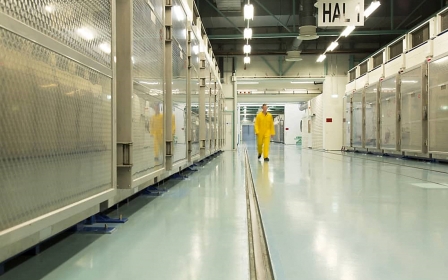