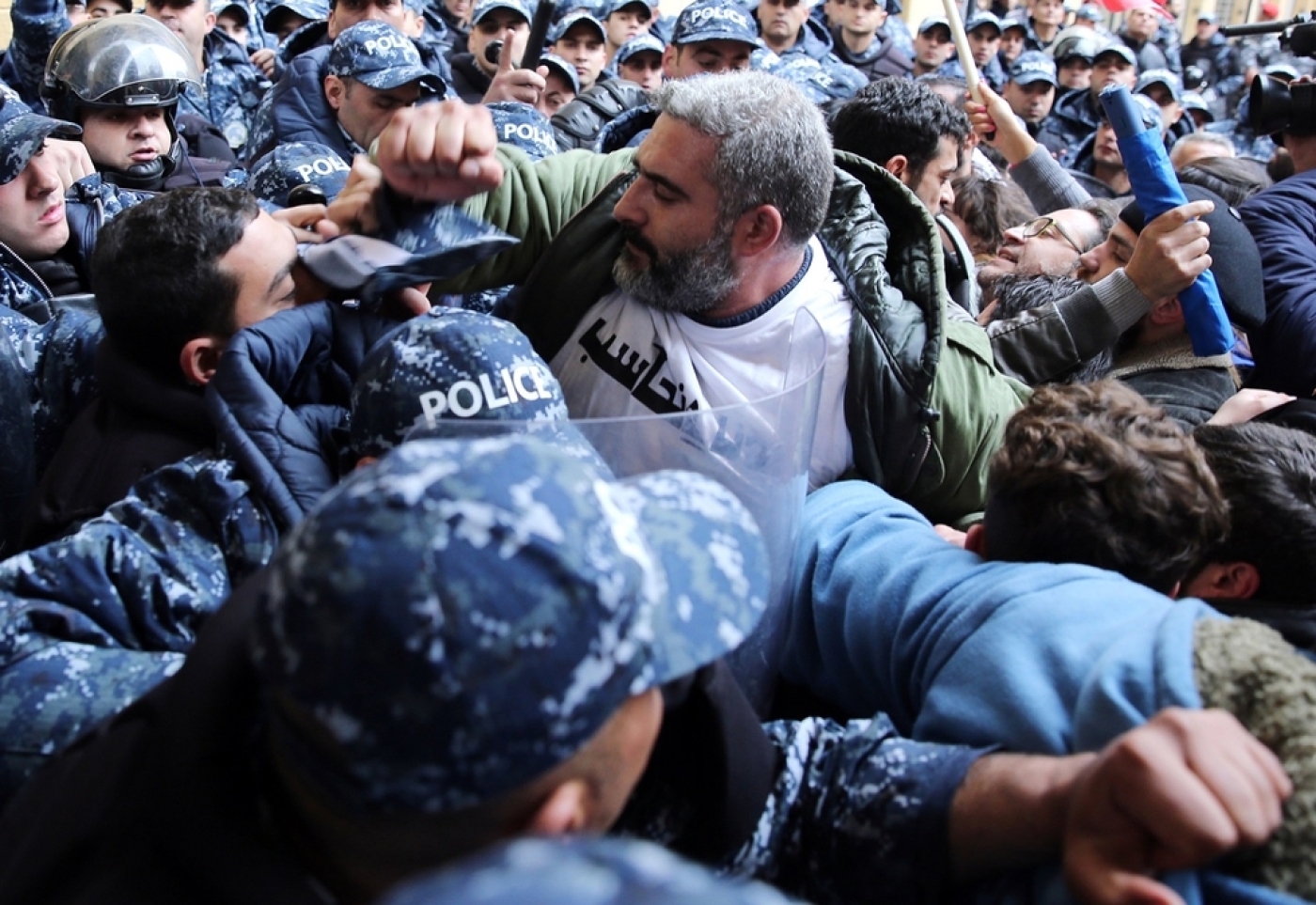 BEIRUT - On 30 January, 14 civilians will face three years in prison in a military court trial for their involvement in #YouStink protests against Lebanon's rubbish crisis.

And the military trial for an ostensibly civilian protest is not an exception. Lebanese law allows military courts, under the control of the Ministry of Defence, to try civilians simply because they have clashed with security forces. As a result, protesters who have been on the receiving end of riot police, firing rubber bullets and teargas, are routinely arrested under military justice rules.

On Thursday, Human Rights Watch detailed the effects of the widespread use of the system, ostensibly set up to deal with treason and terrorism, to snuff out ordinary civil disobediance and legitimate protests against the state.

'What did we do? I had no idea that I could end up in front of a military court' - Tamara, YouStink protester

In its 37-page report, it alleges confessions extracted under torture, and allegations that officials are using the courts’ broad jurisdiction to intimidate civil activists. Children have also reported being tortured while awaiting prosecution in these courts.

"It was the first time that I learned I could be treated this way," said Tamara, one of the #YouStink protestors facing trial before the courts on 30 January. "We were in a protest, what did we do? I had no idea that I could end up in front of a military court."

Another of the accused, Layal Siblani, a law student, is concerned for her well-being. She told Middle East Eye: "We get called into the court, wait seven hours without being able to speak or do anything."

She also stated that she and others were verbally abused and scolded when they spoke or raised any concerns. "I have to lie to work whenever I have to go to military court," Siblani says. "I worry that no law firm will want to hire me in the future knowing what may happen to me."

Military trials are not open to human rights groups or journalists, who need permission to attend. The public is banned from attending. There is no jury, defence input is minimal and many of the judges are military officers with no legal training appointed directly by the defence minister.

A British comparison would have student loans protesters brought before a courts martial.

"It certainly is an intimidation tool," said George Ghali, project manager at Lebanese human rights organisation Alef. In an interview with MEE, Ghali said sending these 14 protesters to military court was a method of stifling political dissent. He predicts that the trial will be lengthy.

And while the protesters can face up to three years in prison, Ghali said there is a "high price" to pay, should that be the case. "Keeping the [trial] process ongoing successfully intimidates people," said Ghali, "but if they charge them there will be public outcry and consequences from the international community."

There is a wealth of evidence of the abuse of the military justice system against civilians, and its use to block legitimate rights investigations. Saadeddine Shatila, the Lebanon country representative for international human rights organisation, Alkarama, is one such case.

"On 25 July, 2011, I was questioned by military intelligence about work and sources," he said, after his organisation contacted the UN Committee Against Torture in 2008 and called for an investigation into allegations of torture in Lebanon.

Shatila was interrogated for seven hours. Though he was released the same day, the ordeal did not end there. "They [the military justice system] opened a case against me for publishing information that is 'harmful to the reputation of the Lebanese army'."

During two court hearings, the military judge again questioned him about the organisation’s work and its sources. The case was closed in February 2012, seven months after he was interrogated.

The UN committee did investigate Lebanese jails in late 2013, and concluded: "Torture in Lebanon is a pervasive practice that is routinely used by the armed forces and law enforcement agencies for the purpose of investigation, for securing confessions to be used in criminal proceedings and, in some cases for punishing acts that the victim is believed to have committed.

"Evidence gathered throughout the country during the course of the inquiry indicates a clear pattern of widespread torture and ill-treatment of suspects in custody."

The language in the legal code leaves much room for interpretation, meaning defendants often do not know where their case will go - the civilian or the military system.

Though Lebanon’s internal security forces fall under the jurisdiction of the interior ministry, his case was handed to a civil court. Halabi was released after being threatened with being accused of being affiliated with terrorist organisations, unless he signed a pledge to withdraw his Facebook posts, and never post critical content about the ministry and its staff.

According to Alkarama, the threat was severe, given his role in the mediation process to release kidnapped Lebanese security forces held by the Nusra Front. He has also been trying to play a mediatory role in releasing the remaining servicemen held by the Islamic State.

In contrast, on 22 August last year, Palestinian veterinarian Layal al-Kayaje, living in the southern city of Saida, was arrested and sentenced by the military court to one month in prison for "defamation and libel against the Lebanese army".

Kayaje told NOW News in September 2015 that she had been raped by members of the military intelligence during her detention at the military police barracks in Rihaniyyeh in September 2013, while she was being held for a social media post in which she was accused of supporting extremist Salafist, Ahmad al-Assir.

Despite both individuals targeting security forces in their posts, one was taken to civil court, and the other was taken to military court.

The contrasting results reinforce concerns that military legal procedures are being used on Syrian and Palestinian refugees, often viewed as security threats.

"Syrians are referred to military court in the context of counter-terrorism," said Shatila. His colleague Elisa Volpi Spagnolini, a Alkarama human rights officer, added: "Observing patterns over the last few years, we could see more of this going forward."

Ghali, from Alef, said that "prioritising national security over human rights" could lead to the persecution of many Syrian nationals "without any proper evidence or investigation at military courts".

Most alarming is the sending of children to military courts. For example, children accused of being involved with terrorist groups can be tried at a military court. In Human Rights Watch’s report, it concluded that many military courts who receive children choose not to notify the juvenile courts.

According to Lama Fakih, the group's Middle East and North Africa deputy director, the Union for the Protection of Juveniles documented 355 children tried at military courts in 2016 alone.

Fakih stated that she wasn’t surprised by the inclusion of children in military trials. "Courts have jurisdiction to try children," she said, adding there was no justification for the practice.

Spagnolini told MEE that children scooped up with adults are treated the same, as often happens after a child confesses to affiliation with a terrorist group. Alkarama refers to the case of 18-year-old Lebanese citizen Walid Diab, arrested aged 16 and allegedly tortured into confessing an affiliation to a terrorist group.

Lebanon’s parliament announced the establishment of a National Human Rights Institute in October to monitor use of torture and unlawful practices by Lebanon’s security apparatus. HRW’s Fakih told Middle East Eye that she did reach out, but was told that they are still in the recruitment stages. "We asked if there was a clear timeline around that and there is not."

Lebanese politicians have also raised concerns about the military judicial system, including former minister of justice, Ashraf Rifi, who presented a draft law calling for the establishment of specialised courts for cases involving terrorism, money laundering, and trafficking back in 2015.

However, he has not addressed the issue since, which Ghali believes is part of a larger problem.

"We need public awareness based on principle, and not [political] interest," he said. Moreover, Fakih states that the draft law did not "address the concerns raised in our report", including the "broad definition of terrorism", as well as the lack of banning minors from being tried under those courts.

MP Elie Keyrouz, of the Lebanese Forces party, also presented a draft law to reform the military court in 2013, which included the total ban of trying children. He attended an HRW news conference on Thursday, but refused to speak to the press.

HRW sent a request to the defence ministry to attend the trial of the 14 protestors, but has received no response.

"The army is applying the law by the end of the day, and it will remain an uphill battle to constantly addressing this issue with Army officials. The battle has to go through the parliament to carry out the necessary legislative reforms.

"The argument against our advocacy - that military tribunals are more efficient or more expert - truly undermines our civil courts. I want to see judges of civil courts become allies with Alef for this cause."

Alkarama’s Shatila demanded action from the Lebanese government. "We need an alternative, where civilians are only referred to civil courts."

Fakih added: "The defence ministry should immediately open up the military courts to public observers without prior permission. The least Lebanon can do is ensure that its citizens aren’t being sentenced in secret by a specialised court behind closed doors." 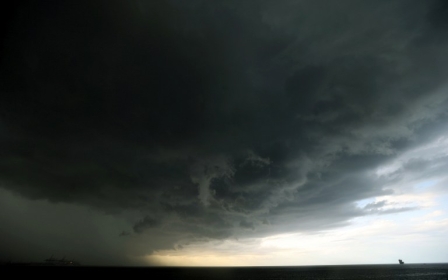 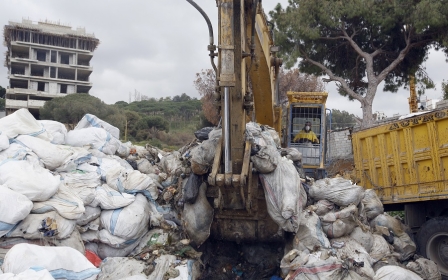 Inside Lebanon
How Beirut's 'YouStink' protests bloomed into political movement 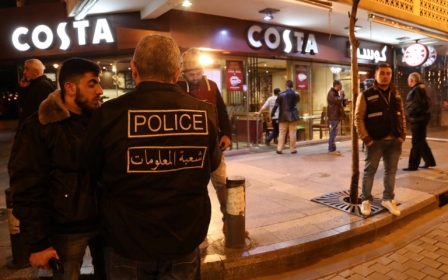