Libyan forces push into Sirte after US air attacks 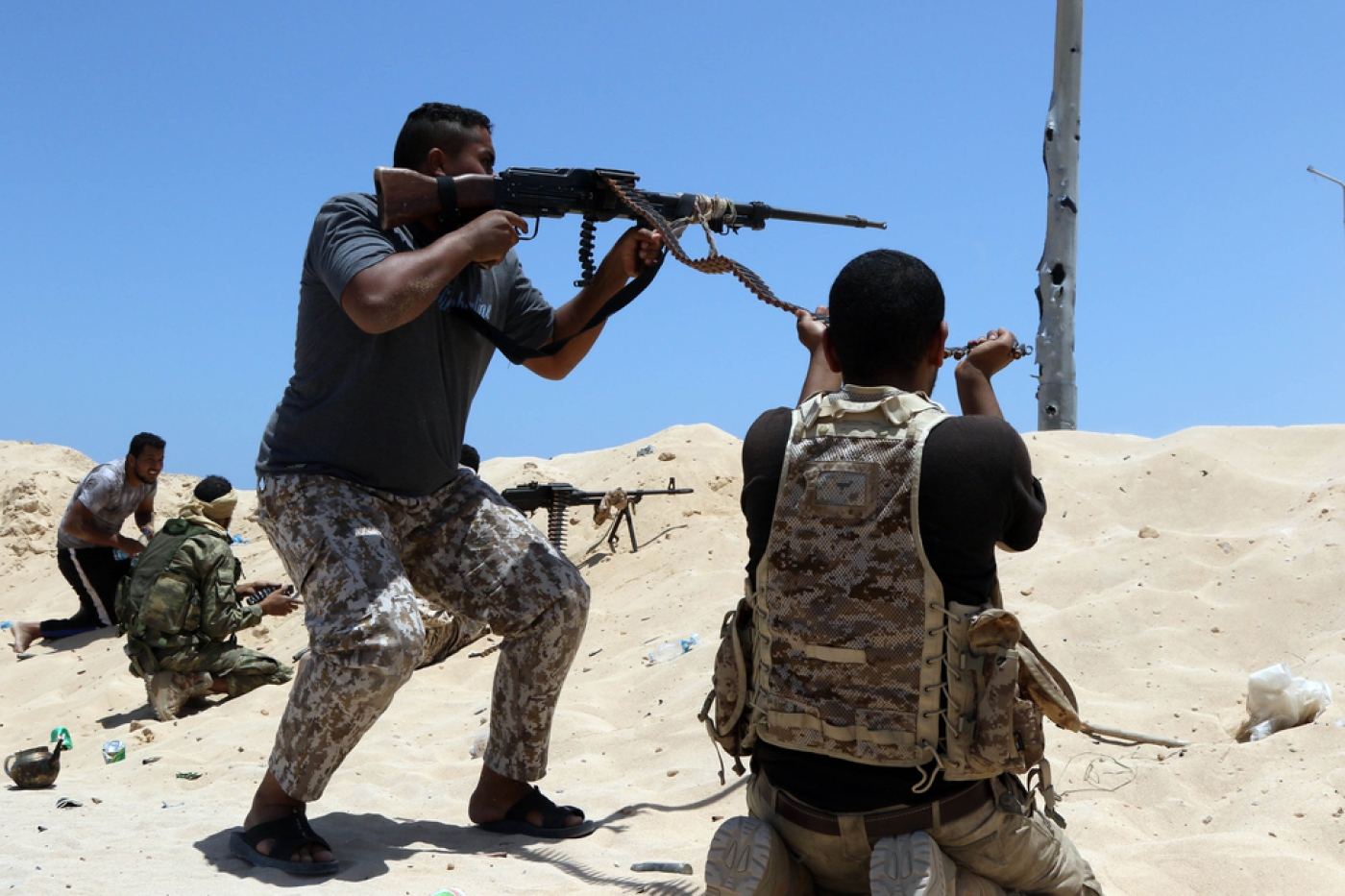 Forces loyal to Libya's unity government have advanced inside the Islamic State group's stronghold of Sirte following the first US air attacks on positions in the city.

Fighters seized the central district of al-Dollar after clashes that killed five of their members and wounded 17, they said on social media on Tuesday.

The Tripoli-based unity government launched an operation in May to retake Sirte, which the militants have controlled since June 2015.

The fall of the coastal city, 450km east of Tripoli, would be a major blow to IS, which has also faced a series of setbacks in Syria and Iraq.

The US air raids would continue as long as the unity government continued to request them, the US defence department said.

One strike destroyed an IS tank that had been targeting civilians, and a second strike hit two IS vehicles that "posed a threat" to local forces, a spokesman said.

On Monday, Italy's foreign minister said his government would listen to any US request to allow the use of a Sicilian air base for strikes on IS in Libya.

Paolo Gentiloni described the air strikes as a "positive" development in the battle against IS. They come after Italy agreed to let armed US drones take off from the Sigonella base in February, but only to defend US ground forces combating IS militants.

There were unconfirmed reports on Tuesday that the base had already been used for offensive drone strikes and that the US amphibious assault ship USS Wasp was standing by off the coast of Libya.

USS Wasp operates AV-8B Harrier attack jets and Super Cobra helicopters, two of which were launched on Monday, and used Hellfire missiles to destroy at least two IS-operated T-72 tanks, according to the Military Times.

The battle for Sirte is now focussed around the Ouagadougou convention centre, a white structure where Islamic State hung its black banner, and in the streets around a hospital and the university.

Monday's strikes hit close to the convention centre and to the "Dollar" neighbourhood, which fighters took full control of on Saturday, said Fathi Bashagha, who liaises between the GNA and the operation's Misrata command centre.

Mattia Toaldo, a Libya expert with the European Council on Foreign Relations, said the GNA needed air support to retake Sirte from the militants.

"Even though they have an air force, it is not comparable to the support they can get from the US," he said.

"Of course, this also has political implications: showing that one has external support in Libya matters," Toaldo said.

But "while Sarraj uses this to strengthen his image... there will be people asking 'Who gave you the authorisation to ask for those strikes?'"

The battle highlights the challenges of driving the Islamic State from Libya, where it has struggled to win local support but exploited the chaos that followed the ousting of Muammar Gaddafi.

"If the United States is serious about these air strikes we are very pleased, and it will help us on the ground," said Husam Bakoush, a fighter with the Marsa brigade.

However Libya is still deeply divided and a UN-backed government had hesitated to call for U.S. support until now for fear of a backlash.

For the fighters on the ground, this was a source of frustration. "Most of my friends are happy, but they asked why it did not happen sooner," Bakoush said.

Abdalla Ali Ibrahim Ismail, another fighter with Marsa brigade, said the strikes could be a game-changer.

"I think the U.S. strikes will help the ground troops a lot ... I hope that when we start to push again against Islamic State positions the U.S. planes will give us cover.

"Morale is much higher, our men were celebrating last night."

Islamic State has been retreating from U.S.-backed campaigns in Syria and Iraq and its presence in Sirte has been reduced to a few hundred fighters who once controlled what was Gaddafi's hometown.

Islamic State took over Sirte a year ago, but forces from the western city of Misrata allied to the U.N.-backed government began a campaign to liberate it in May.

Misrata forces are positioned on several fronts around the centre, often only a hundred meters from militant positions.

More than 300 loyalist fighters have been killed and more than 1,500 wounded since the beginning of the battle for Sirte, according to medical sources in Misrata.

The forces are mostly made up of militias from western Libya established during the 2011 revolt that overthrew longtime ruler Gaddafi.

Pro-government forces entered Sirte on 9 June, reaching central and northern parts of the city. IS has hit back with suicide car bombs and sniper fire.

Libya descended into chaos after the 2011 overthrow and killing of Gaddafi, with rival authorities vying for control in the oil-rich country.

The unity government was the result of a UN-brokered power-sharing agreement struck in December, but it has yet to be endorsed by the elected parliament based in the country's far east. 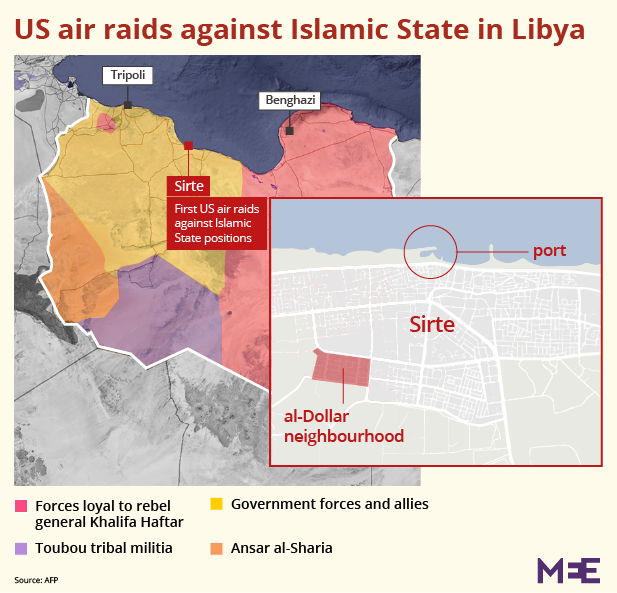 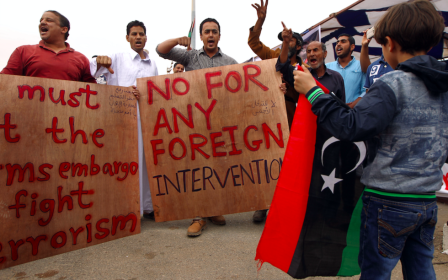 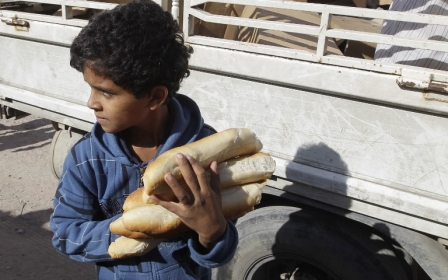 Libya Crisis
Fleeing Libya's Sirte: 'IS arrived, and the end of our lives began' 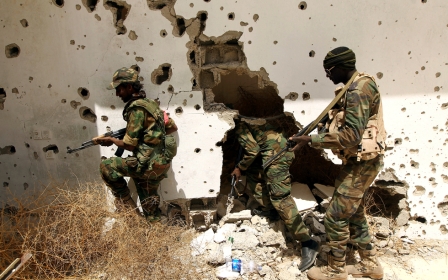