Libya's government calls for all militias to leave Tripoli 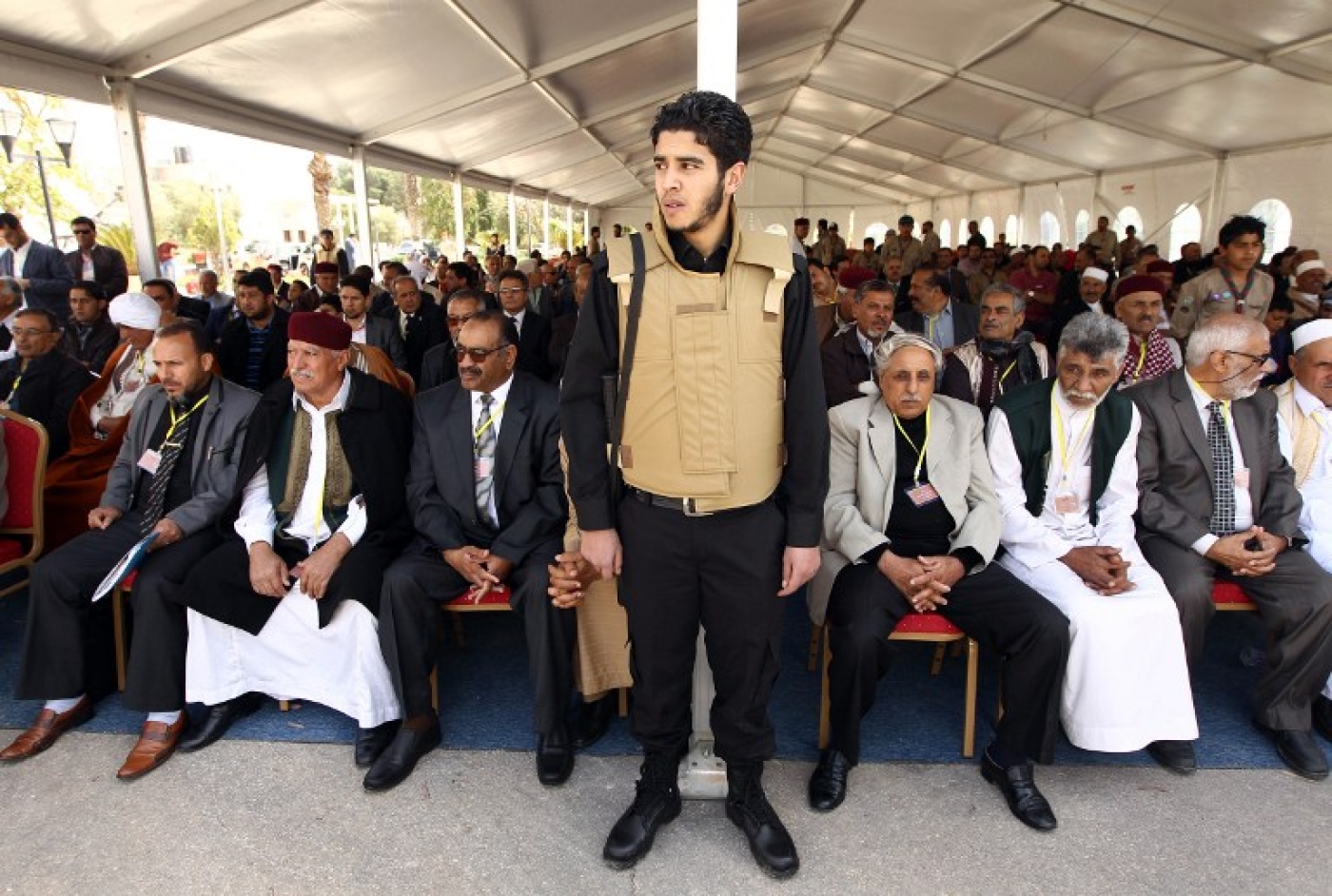 The Libyan government on Thursday urged militias to withdraw from the capital Tripoli, after the parliament sought help themselves from ex-rebel brigades, as fears rise that there could be clashes with forces backing rogue general Khalifa Haftar who says Libya has become a “terrorist hub”.

Meanwhile the Turkish Anadolu news agency is reporting parliament, the General National Congress (GNC), has agreed to go into recess until elections take place, which were set for 25 June on Thursday after an announcement by Salah al-Makhzoum, deputy vice president of the GNC.

In response to the GNC’s call for help from pro-government militias the cabinet of Prime Minister Abdullah al-Thani “issued an appeal to the chiefs of all armed brigades in Greater Tripoli” to leave the city and steer clear of politics, government spokesperson and Culture Minister Habib Lamine told the AFP.

The GNC have attempted to seek help from powerful ex-rebels in Libya’s third largest city of Misrata, to counter influence from the Zintan brigades who support Haftar and attacked the GNC building in Tripoli on 18 May. GNC speaker Nuri Abu Sahmein had called for Misratan fighters, who have previously backed the Islamist-dominated parliament, to “protect the capital and the institutions of the state”.

Militia fighters from Misrata responded to the call by entering a southern district of Tripoli on Thursday, with explosions heard in the area giving rise to fears there could be clashes with the pro-Haftar Zintan brigades. The Misrata brigades and its city council, however, issued a statement this week saying they would keep their distance from both sides in a political crisis that has seen Libya’s Islamist dominated authorities pitted against the unilateral actions of ex-general Khalifa Haftar.

The prime minister’s cabinet described the GNC’s decision to call Misratan fighters into the capital as threatening “the security of the city and its inhabitants”. Thani, who resigned last month, remains as prime minister as his replacement Ahmed Miitig is yet to receive a vote of confidence from parliament to confirm his appointment.

Disputes between the government and the GNC come as Haftar gathers increasing support for his non-governmental “National Army” from elements of the military and political class who have expressed their frustration at Libya’s continued instability, three years on from the overthrow of former leader Moamer Gaddafi.

Haftar is backed by an elite army special forces unit in Benghazi, officers at the Tobruk air base, the powerful al-Baraassa tribe from the east, the chief of staff of Libya’s air defence units and the ex-rebel brigades from Zintan. Politically he has support from Libya’s UN ambassador Ibrahim Dabbachi and government spokesperson Lamine who said the GNC “protects terrorists and no longer represents me”.

The government has branded Haftar an outlaw and accused him of attempting a coup, after his forces launched an assault in Benghazi on 16 May that killed at least 79 people. On Wednesday he warned the country had become a “terrorist hub” and called for the formation of an emergency cabinet and legislative elections to be held.

Once one of Gaddafi’s top generals Haftar returned to Libya in 2011, after living for more than 20 years in the US, to aid the rebellion and has since emerged as a key challenge to the country’s interim authorities. Claiming to speak in the name of the army he has urged Libya’s highest judicial authority “to form a civilian presidential high council tasked with forming an emergency cabinet and organising legislative elections”.

Haftar says the GNC has failed to stand down “as demanded by the people” and that his presidential council would hand over power to an elected parliament. It is unclear how this process would work, as he is yet to elaborate on his plans.

The GNC has been the recipient of increasing criticism, with some saying its claim to executive power as well as legislative authority has tied their hands in achieving security. The accusation is that it has failed to restore security in a country where militias representing tribal, regional and ideological interests wield power to the detriment of central government.

The offensive lead by Haftar, named “Operation Dignity”, has been criticised by commentators as being part of a wider strategy to export military dictatorships across North Africa by regional counter-revolutionary forces. Military-backed Egyptian authorities, supported by their allies of Saudi Arabia and the UAE, have been accused of attempting to roll back the revolutionary changes of the past three years, in a column by MEE’s Editor-in-Chief David Hearst.

Attempts to resolve the power struggle politically are focused on elections planned for 25 June that will replace the GNC, but they are threatened by the ongoing fear of violence among rival militias and Haftar’s demands to appoint a presidential council.