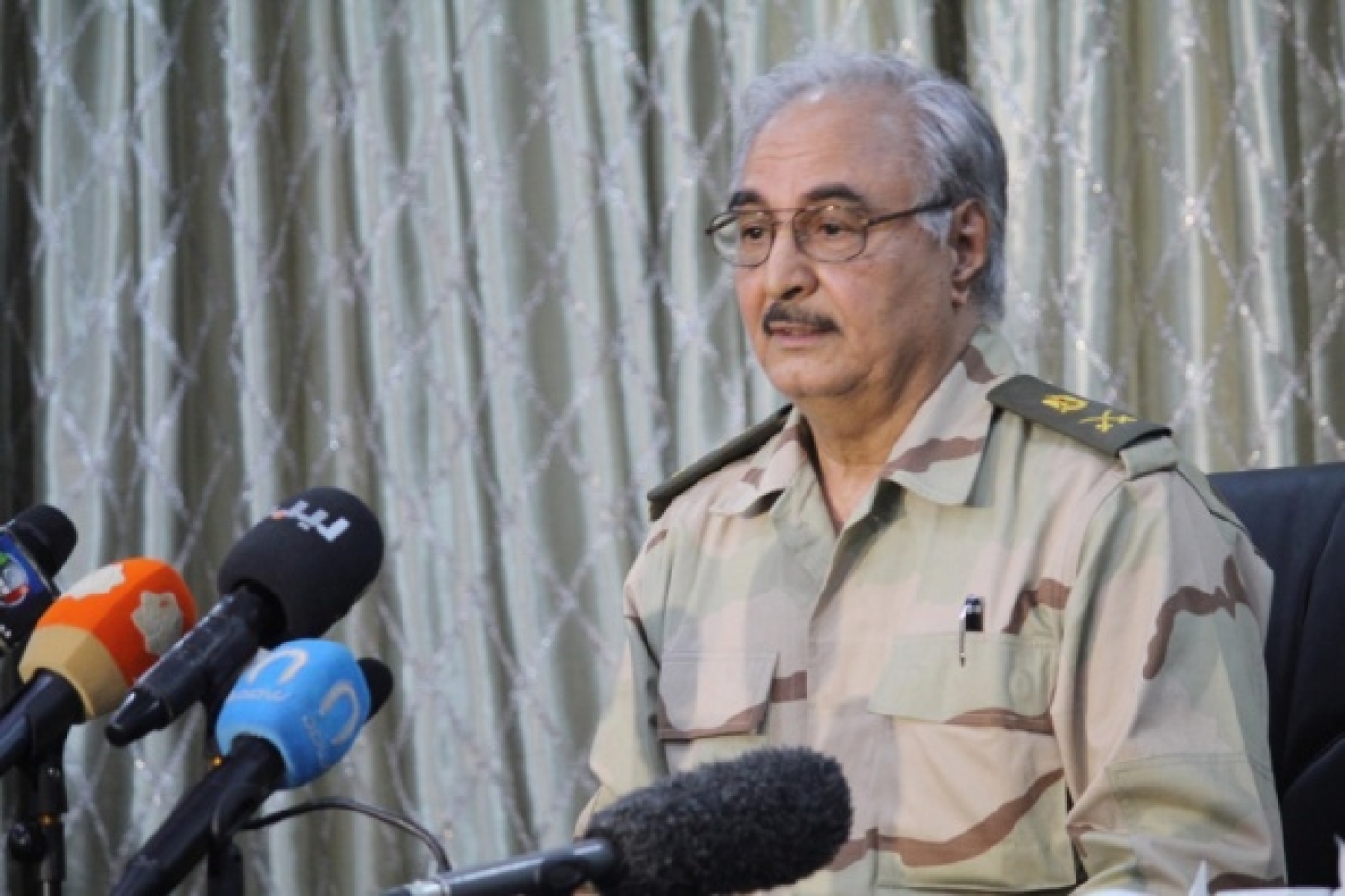 Retired General Khalifa Haftar speaks during a press conference in Benghazi, Libya this year (AA)
By
MEE and agencies

A spokesman for Libya's rogue general Khalifa Haftar denied on Thursday media reports that the reneged general had fled Libya.

"General Haftar has not left Libya and is currently preparing for a major military operation in Benghazi," his spokesman Mohamed al-Hegazi told Anadolu Agency by phone.

He, however, gave no details about the fresh offensive.

Media reports suggested earlier that Haftar had left to Egypt after his forces had been defeated.

Since mid-July, Haftar's forces have been fighting Islamist militias in Libya's restive eastern city of Benghazi.

Libya has been in turmoil since a bloody uprising ended the autocracy of long-serving ruler Muammar Gaddafi in 2011.

Fresh fighting between rival militia for control of key installations has claimed scores of lives in the past two weeks and prompted some Western countries like France to evacuate their citizens from an increasingly lawless Libya.

"The notion of statehood has no meaning in Libya," said Jean-Yves Moisseron from France's Institute for Research and Development.

"The tribal alliances do not accept the resource sharing in its current form," he said.

"The Libyan crisis has reached a climax, pitting those who control the resources against the Islamists," Moisseron said.

Former French diplomat Patrick Haimzadeh, who worked in Tripoli, said the country was on the point of disintegrating.

"Nobody knows what will happen in 10 years in Syria, Iraq and Libya, all former colonies which suffered or are suffering authoritarian regimes or whether they will exist."

Islamist groups have seized on Wednesday the army special forces headquarters in Libya's Benghazi after days of fighting left at least 35 soldiers dead and plunged the country deeper into lawlessness.

Ansar al-Sharia, blacklisted as a terrorist organisation by Washington, posted photos on Facebook of dozens of weapons and crates of ammunition it claimed its militants had seized from the base.

"Special forces under the command of (Colonel) Wanis Abu Khamada withdrew after several attacks," said the army official after the biggest loss yet for the armed forces in their fight against the country's powerful militias.

The special forces are one of the units of Libya's regular armed forces that support rogue general Haftar, but they have not placed themselves under his command.

Libya's recently elected parliament had been due to meet in Benghazi on August 4 but will instead hold an emergency meeting Saturday in the eastern city of Tobruk, a lawmaker said.

Tripoli airport has been closed because of fighting between rival militias seeking to control the facility, and a rocket on Sunday sparked a blaze at a fuel depot which was still burning on Wednesday, but with less intensity.

The European Union said Thursday that it had moved its staff in Libya to Tunisia in light of the deteriorating security situation. 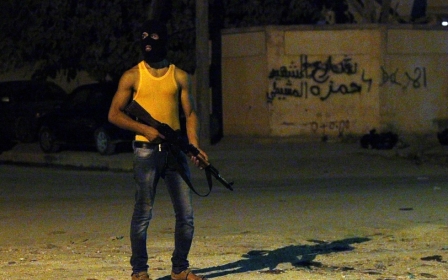 Libya Crisis
Libya stalemate continues as no side claims victory 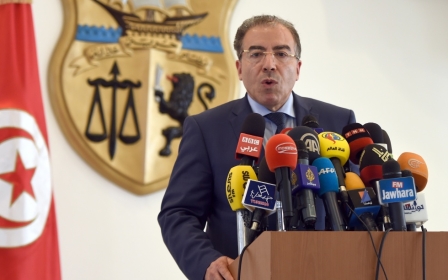 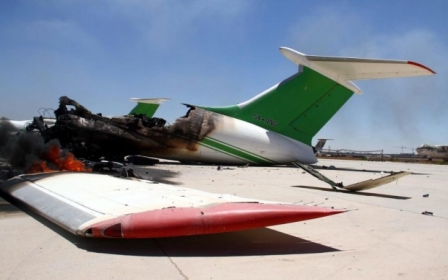