'Little informants': Egypt calls on children to spy on neighbours 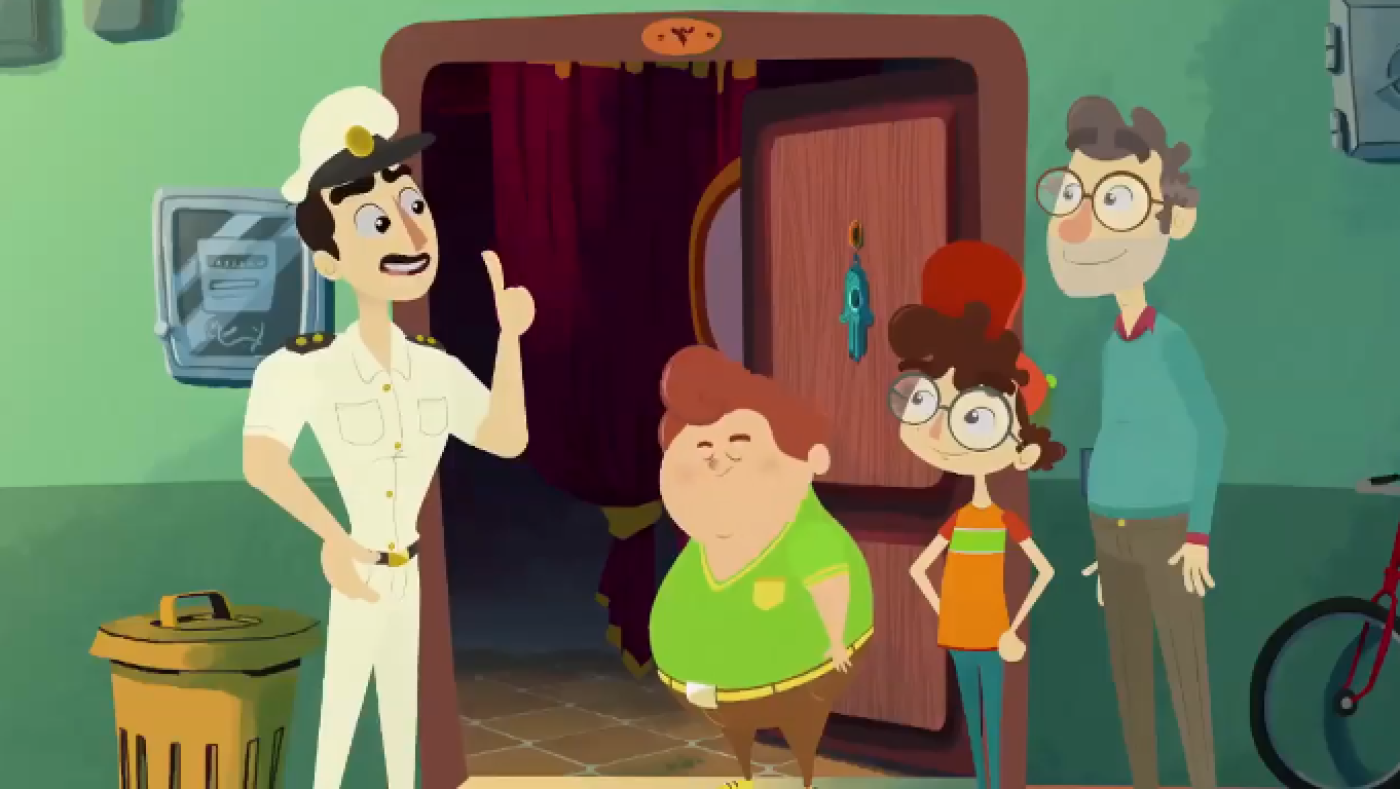 Egypt’s interior ministry is facing criticism for encouraging children to report "bad guys" to the police.

A cartoon released in late January, which calls upon children to put complete trust in the police, has sparked criticism on social media, with many considering it a call for children to become informants.

Fateen and Bolbol was launched with the tagline, “Hand in hand we will protect the minds of our children.”

Translation: The second episode of ‘Fateen and Bolbol’, your hand in ours we will protect the minds of our children… The episode’s title: “Stay positive.”

The second episode, released on Saturday, shows the two children, Fateen and Bolbol, watching their two new neighbours. The children then report their activities to the police after finding them to be suspicious.

The policeman in the clip applauds the children for going straight to the authorities, and tells them not to tell anyone else about what they had reported.

Translation: How to be a little informant

After the children report their neighbours, the police arrive to arrest and detain the two men.

The policeman, Nabil, who is portrayed as a good friend of the children, tells them: “Well done, kids, for reporting when you saw something suspicious," adding that it is not up to the children to investigate suspicious activity, but that's what the police are there for.

Translation: Teach your children to be informants

The cartoon emphasises the need for children to report any suspicions they have, without telling anyone other than police, or seeking advice from parents. In the second episode, one of the children's fathers says he is "extremely proud" of his son for going straight to the police.

Translation: Informants for the price of chocolate

Translation: Egypt's interior ministry... so-called organisation of mercy and improvement and nursery for children and a home for those without one...

The episode ends with one of the boys saying to the police officer: "We helped you to catch the bad guys. Where is our reward? Where is the chocolate?"

Referring to the cartoon, the Interior Ministry has said its goal is to educate children about the role of the police in serving citizens and to clarify their role in protecting citizens and saving their lives.

This is not the first time the term "bad guys" has been used by the government. Egyptian President Abdel Fattah el-Sisi has been using the term since 2014, and has called for support to fight against them, without specifying exactly whom the term refers to.

Distrust and dislike of police in Egypt has been long standing, with the 2011 revolution taking place on the country’s annual “Police Day” as an act of defiance after videos of victims of police brutality went viral.
Human Rights Watch believes at least 60,000 people have been arrested or charged since 2016.