French president says 'things haven't gone in the right direction since 2017', with his Egyptian counterpart hitting back 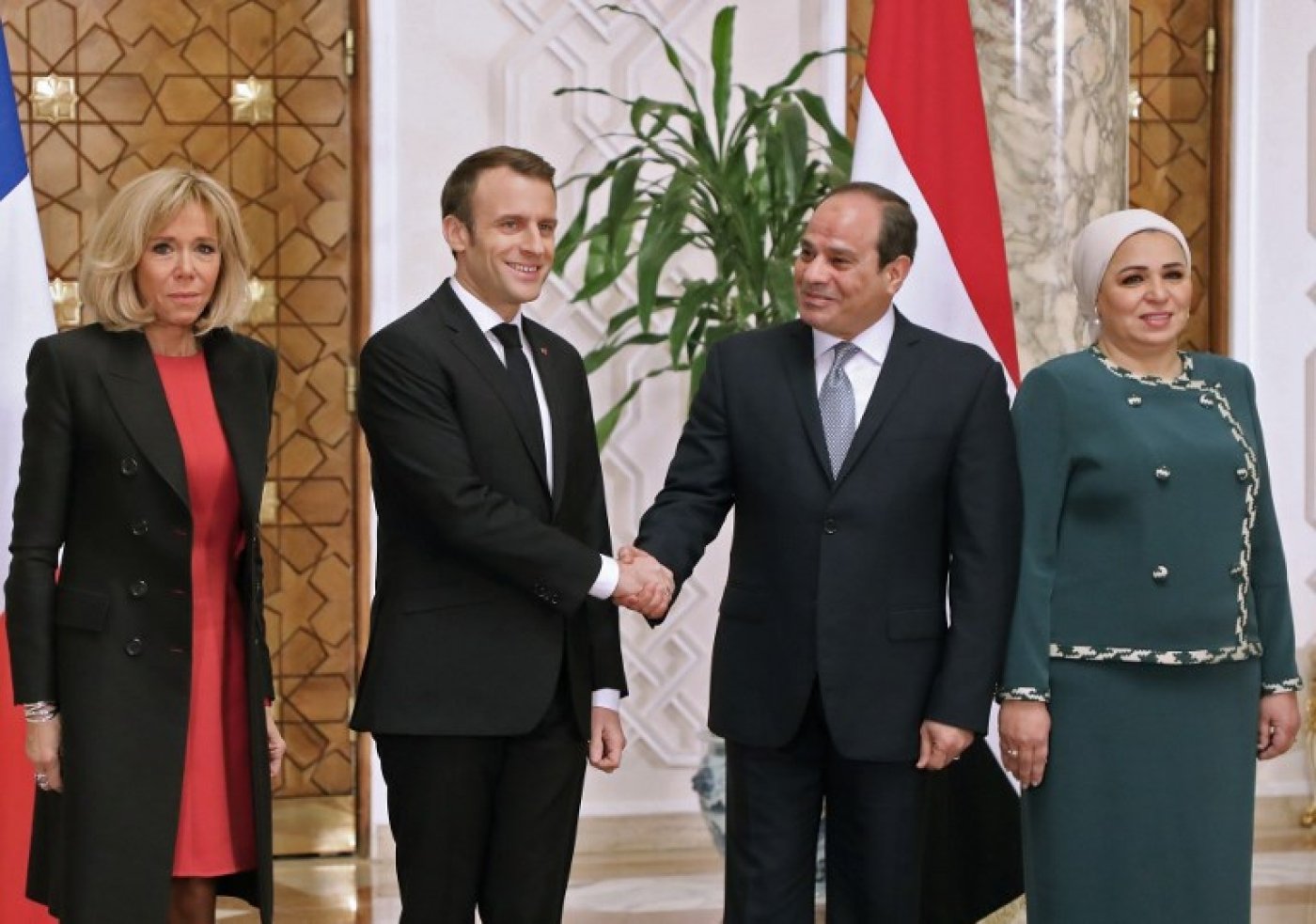 Emmanuel Macron and Abdel Fattah al-Sissi with their wives, Brigitte Macron (L) and Intissar Amer (R), at the presidential palace in Cairo on 28 January 2019 (AFP)
By
MEE and agencies

Despite suggesting that Egypt had become less free than under longtime autocrat Hosni Mubarak, French President Emmanuel Macron is expected to oversee the signing of several profitable agreements while in Cairo.

Macron, who began a three-day trip to Egypt on Sunday, met with his Egyptian counterpart Abdel Fattah el-Sisi on Monday in the country's capital.

"Stability and durable peace go together with respect for individual dignity and the rule of law, and the search for stability cannot be dissociated from the question of human rights," he said.

"Things haven't gone in the right direction since 2017 - bloggers, journalists are in prison and because of that Egypt's image can find itself suffering."

Things haven't gone in the right direction since 2017 - bloggers, journalists are in prison and because of that Egypt's image can find itself suffering

Defending his record, Sisi said: "Egypt does not advance through bloggers. It advances through the work, effort and perseverance of its sons."

Macron's lofty rhetoric does not appear to have impacted on the actual business being conducted between the two states.

During the visit, Egypt and France are expected to sign 30 trade agreements, which will include trade deals and memorandums of understanding for projects in the fields of transport, renewable energy, health and agriculture. They are said to be worth billions of dollars.

The French president started his trip on Sunday with a visit to the ancient temple of Abu Simbel in the southern governorate of Aswan, accompanied by his wife Brigitte and an official delegation including Foreign Minister Jean-Yves Le Drian and Defence Minister Florence Parly.

Macron, who in 2017 reportedly handed Sisi a list of political prisoners he believed should be released, said on Sunday that too many Egyptians “who do not threaten the regime’s stability” have been imprisoned.

“It is on this area of what is happening in Egypt that I will continue to focus things. I will do it more openly during this trip,” he told reporters.

"The policies as they are being done are perceived by intellectuals, the Egyptian civil society, as being even stronger than [under] the Mubarak regime."

However, France has been the leading arms exporter to Egypt since 2011. According to Amnesty International, from 2012 and 2016 France supplied more arms to Egypt than it had in the previous 20 years.

In 2017, Egypt received over 1.4bn euros ($1.6bn) worth of military and security equipment from France. That included armoured vehicles that, according to Amnesty, “have played a direct and very visible role in Egypt’s violent repression”.

On Monday, Macron said French arms and equipment had only been used for military purposes.

Sisi has waged a relentless crackdown against both Islamist and secular pro-democracy activists since the 2013 coup he led against his predecessor Mohamed Morsi, who hails from the Muslim Brotherhood, which is now outlawed in Egypt.

Sisi's security forces have carried out massacres against Egyptians protesting the coup, most notably at Rabaa al-Adawiya Square, where at least 800 were killed.

On Sunday, Macron underlined “stability and respect for sovereignty” as the pillars of his country’s policy towards Egypt, but insisted that the crackdown on rights constitutes a threat to that.

Macron’s comments marked a change from his statement in 2017 in which he said he would not “lecture” Sisi over civil liberties, after the Egyptian president reportedly told his French counterpart why he thought the detainees should not be released.

According to Baheyy el Din Hassan, director of the Cairo Institute for Human Rights, Macron’s aides received eight representatives from Egyptian and international rights groups ahead of the visit to discuss their recommendations regarding France’s stance on Sisi’s human rights record.

“Sisi has properly understood Macron’s statement that he would not lecture him on human rights,” said Hassan, “and considered it a green light… then embarked on the most sweeping crackdown on prominent liberal and secular leaders.”

“What is requested from Macron is a different policy centred on stopping the sale of repressive weapons to Sisi, particularly armoured vehicles used to crush protests and surveillance equipment used against peaceful opposition activists.”

Macron’s visit comes as Egyptians commemorate the eighth anniversary of the end of Mubarak, who was overthrown on 11 February 2011 after 18 days of nationwide protests against his 30-year autocratic rule.

On the eve of the 25 January anniversary of the revolution, five prominent liberal political prisoners - Islam Khalil, Galal el-Behairy, Shadi el-Ghazali Harb, Ahmed Sabri Abu Alam and Abdel Fattah al-Banna - started a full hunger strike that they said would continue until 11 February to protest against their unjust imprisonment.

Egyptian activists Laila Soueif and Aida Seif El-Dawla, who are not in jail, also said they would join the hunger strike in solidarity with prisoners.

Sisi’s second and last term in office ends in 2022, but an Egyptian court is currently reviewing a legal petition demanding constitutional amendments that would extend his term.

The petition has been opposed by more than 1,000 Egyptian public figures and politicians, who have dismissed it as an attempt to perpetuate the 64-year-old’s rule.

“Undoing this achievement is not only a grave loss to those Egyptians who fought for it, but is also a genuine threat to Egypt’s political and social stability,” they added. 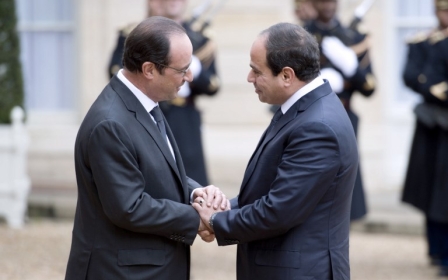