The immediate closure of the King Salman Centre for International Peace (KSCIP) comes after local parliamentarians questioned the suitability of Saudi Arabia funding a deradicalisation centre, citing fears of possible retaliation from the Islamic State (IS) group.

The centre was set up following a state visit to Malaysia by Saudi King Salman last year, described at the time as aiming "to combat terrorist threats and the spread of propaganda and ideologies bandied about by the extremists and the terrorists".

Mohammed Sabu, Malaysia's minister of defence, announced the centre's closure on Monday in Malaysia's parliament, and said the Ministry of Defence would resume control of the centre.

In a press conference in Kuala Lumpur, Najib - who suffered a surprise defeat in May's election after being embroiled in a huge multi-billion dollar corruption scandal - said the centre's closure would offend the Gulf kingdom.

"It's not something we planned. It was planned by the Saudi government, by King Salman himself. That's why it was named after him," Najib told reporters on Tuesday.

"They chose Malaysia, compared to many other nations. So we are rejecting help from Saudi, a nation that has a very good relationship with Malaysia."

Commentators, however, have described the move as an opportunity for the Pakatan Harapan (PH) coalition, elected in May, to distance itself from previous government initiatives, including Saudi-backed projects linked to the former prime minister.

In 2015, Saudi Arabia was embroiled in a controversy after it confirmed a "personal contribution" from the Saudi royal family to Najib of $681m.

Najib was cleared of corruption charges in 2016 after the Malaysian attorney general said the cash was a gift from the Saudi royal family.

But Najib was re-arrested in early July after the new government reopened the probe into the scandal, where he was accused of channelling millions from the Malaysian state investment fund, 1MDB, into his personal bank account.

In all some $7.5 billion of funds were stolen, say prosecutors, and spent by Najib, his family and friends on luxury items including paintings, real estate in the US and a 22-carat pink diamond necklace.

"The Pakatan Harapan coalition has been wanting to distance itself from previous government initiatives since coming to power, especially ones viewed as low-hanging fruit," Walid Jumblatt Abdullah, an assistant professor at Nanyang Technological University in Singapore who specialises in political Islam and SE Asian politics, told Middle East Eye.

"And since the role of this centre is unclear, its confusing as to what value it can add to Malaysia." 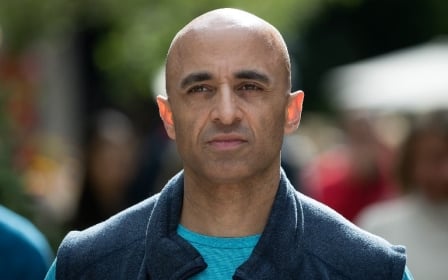