Four members of an Egyptian satirical performance group were arrested on Monday after publishing videos critical of state institutions and being accused of inciting protests, Egyptian media reported.

Ahram Online reported that Mohamed Adel, Mohamed Dessouki and Mohamed Yehia were arrested and are awaiting a decision as to whether or not they will be released.

A fifth member, 19-year-old Ezz al-Din Khaled, was already in custody. It was ordered that he be released on a bail of 10,000 Egyptian pounds ($1,126) on Sunday, but the prosecution appealed the decision, according to Ahram.

It was not immediately clear which of the group's videos the prosecutors had considered incitement.

Last week, the group posted a video criticising a crackdown on journalists and anti-Sisi protests.

Egypt has clamped down on protests and dissent in recent months.

In April, more than 1,200 people were arrested after protesting against Sisi's decision to cede two Red Sea islands to Saudi Arabia.

Some 577 people are facing charges for violating anti-protest laws, according to the BBC.

Egypt's journalists' union has also condemned Sisi's government for ordering police to raid its headquarters earlier in May to arrest two journalists for alleged incitement.

Since taking power after the army staged a military coup against democratically elected president Mohamed Morsi in 2013, Sisi has been widely criticised by international human rights organisations for stifling protests with police violence and silencing dissent through mass arrest campaigns. 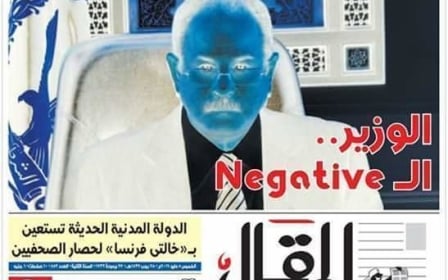